People Know Using Phone while Driving Is Bad, Do It Anyway 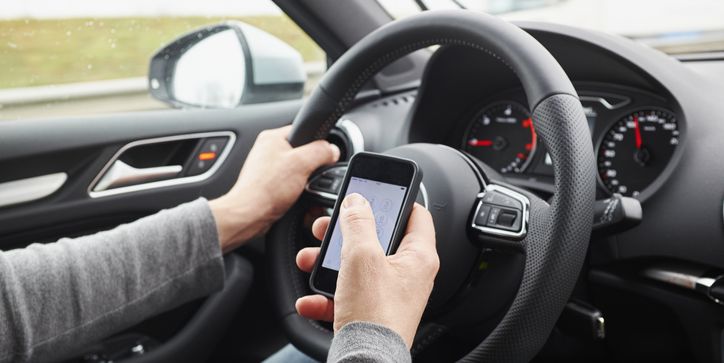 We all know the feeling when we're driving: your phone buzzes in your pocket, and then you have to decide whether or not you're going to submit to the temptation of seeing what notification found its way to your phone. On top of the laws that punish looking at your phone while driving, surely more than one PSA has told us that we shouldn't do it. But as a Bloomberg analysis found, many people still look at or use phones while driving.

Bloomberg analyzed data from TrueMotion, makers of a driving data platform used by insurance companies, which is ironically in the form of a smartphone app. The data helped researchers understand how people use their phones while driving.

The National Highway Traffic Safety Administration (NHTSA) found that in 2017, 3166 people died in accidents involving distracted driving, and there are experts who believe the number is much higher than that. There were just under 3000 fatal crashes in which there was a form of distraction in 2017, and 14 percent of those involved a cellphone.

The newest cars on the road tend to have some kind of hands-free option such as Apple CarPlay and Android Auto, but as the Bloomberg study shows, there are still plenty of people out on the road using handheld phones while they drive, and there likely will be for many years to come.

Montana is the only state that doesn't have any statewide law against texting while driving, and in Missouri, texting and driving is illegal for those under 21. The rest of states ban texting while driving for all drivers. States can also implement handheld-device bans, which forbids drivers from having their phones in their hands for any reason, including a phone call. Currently, 21 states have such a ban, while the rest have either partial or no ban on this.

Texting and driving sees its highest rates during the holidays, about a 30 percent increase from the average weekday, Matt Fiorentino, marketing director for TrueMotion, told Bloomberg. A normal weekday sees 9.1 percent of drivers texting while driving, whereas during Thanksgiving and Christmas, 13.5 and 12.1 percent of drivers text while driving—just one more way to make holiday traffic even worse.

Bloomberg noted that TrueMotion has seen distracted driving level out—rather than increase—in recent years, which has coincided with laws regarding distracted driving becoming more pervasive. A 2018 study from the Center for Injury Research and Policy found that teenagers reported 55 percent fewer handheld conversations following the implementation of handheld bans. On the other hand, texting bans were less effective in curbing texting while driving.