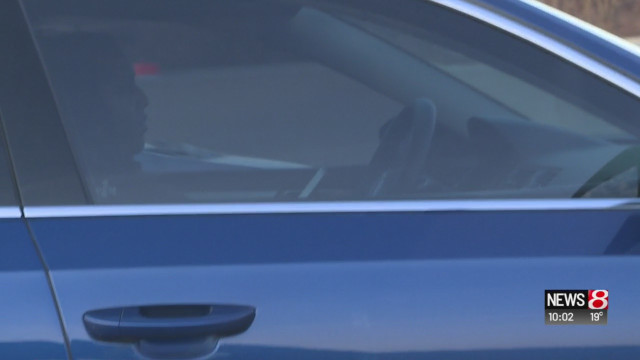 INDIANAPOLIS (WISH) — A ban on Hoosier drivers using cell phones is one of the top goals for Governor Eric Holcomb (R) next year. He unveiled Tuesday his list of legislative priorities for 2020 which includes raising the smoking and vaping age as well as holding teachers harmless for bad test scores.

But it’s the hands-free requirement that may be the biggest culture shift.

The current law on the books is almost a decade old. Texting as well as sending or reading emails has been banned while driving since 2011.

But it’s difficult to enforce.

Otherwise, other uses of cell phones including playing games, watching movies and checking Facebook are all allowed, but certainly not safe.

“She’s doing something on her phone,” said Klingkammer, pointing out an adjacent driver at the first stoplight since we entered the ISP vehicle. “She’s more focused on the phone rather than whether the light is going to change.”

It’s something Klingkammer sees all day, every day.

“Right there, see her head movement,” he said pointing to another driver on I-465. “She’s looking down, got the phone in her lap.”

It looks dangerous but may not be a violation.

Basically as long as they’re not texting or emailing, there’s no ticket.

In eight years of the law on the books, Klingkammer has written fewer than 10 tickets for use of a telecommunications device, even though it’s clear it’s happening all around him.

“Oh yeah, because we don’t have the ability to check,” he said.

That’s why he checks for all the other telltale signs of distracted driving instead like weaving, not using a turn signal or crossing the center line rather than trying to figure out if the driver is texting.

“Whoops, there you go, right there in the blue car.”

A driver in a blue car oblivious to the trooper watching her in the next lane.

The only driver he pulls over is for unsafe lane movement as she crossed the solid white lines into the on-ramp at Keystone to avoid the long line.

He gives just a warning this time.

We find one more driver on I-69. We drive alongside for about a mile and while it sure looks like he’s texting, even with two quick lane changes before he exits, there’s no lights and siren this time.

“That’s the hard part without being 100% sure,” said Klingkammer.

Handheld cell phones aren’t the only things that distract drivers. Klingkammer also mentioned eating, putting on makeup and having a pet in your lap while driving are other things which he commonly sees drivers do, which can be major distractions.

According to the Governors Highway Safety Association, 21 states have cell phone bans for drivers unless it’s a hands-free device.

Several different law enforcement agencies told News 8 they would not give an opinion on the governor’s proposal, stating it’s their job to enforce the laws on the books.

Holcomb’s proposal would require hands-free devices for drivers and allow them to use the GPS on their phones, but that’s about it.

The legislative session begins in less than four weeks on Jan. 6.