GETTING THERE: Driving can be all the rage 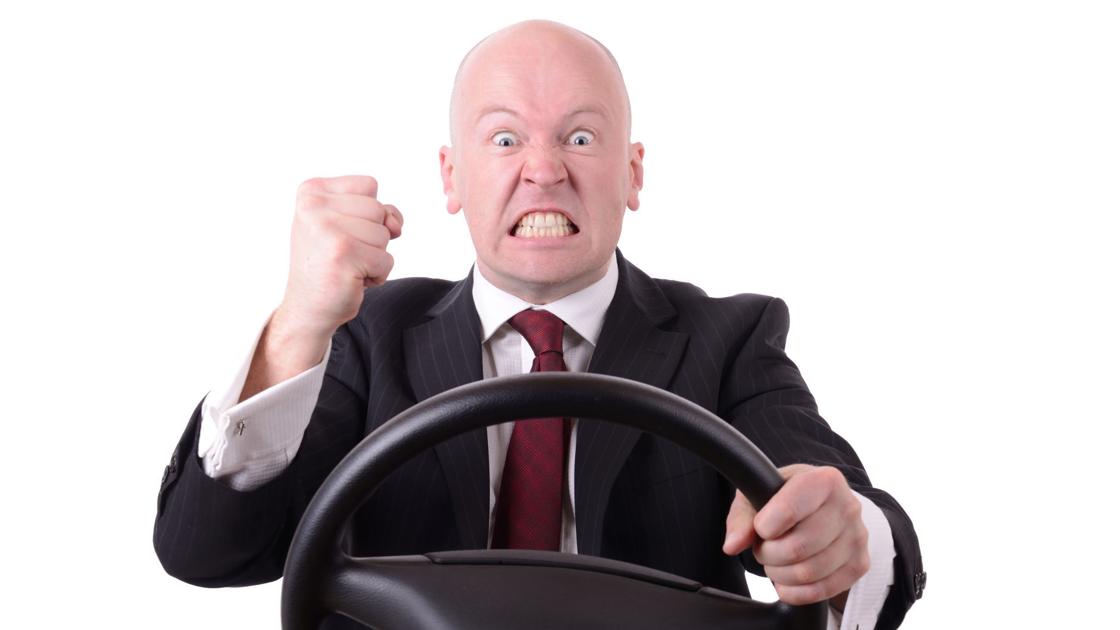 GETTING THERE: Driving can be all the rage
BLOOD boiling. Heart thumping like a jackhammer. Hands strangling the steering wheel.
Hello, road rage.
Drive long enough and you will both feel road rage or cause it. For some drivers (especially commuters), these feelings probably pop up daily, maybe even hourly.
A recent study by the insurance comparison company The Zebra indicates road rage is a growing problem.
Eight out of 10 drivers have experienced road rage or aggressive driving in the past year, according to the study, for which The Zebra queried 987 drivers across the country.
Tailgating is the most common instigator of road rage, according to the study, followed by distracted driving, being cut off, slow drivers and not using a turn signal.
Some common forms of road rage are somewhat mundane, such as honking the horn in frustration (the most common response in the study) and yelling or cursing. But study respondents also admitted to more egregious acts: confronting a driver, getting into a fight, throwing something at another vehicle, sideswiping another car, purposely ramming or bumping another vehicle, and forcing a car off the road.
Those ridiculous responses might satisfy a person’s rage, but there can be a serious price to pay.
One thing to remember is this: You don’t know who or what is in that other car.
The study showed that 46 percent of drivers have a weapon with them—everything from a gun (7 percent) to tasers, bats, clubs and knives.
In my three decades of driving, two instances stuck with me.
One was a retort to a certain, well-known hand gesture flashed to a tailgating driver. Said retort was a beer bottle hurled at the car I was riding in.
The other instance also involved a tailgating driver. At a stoplight, I rolled down my window to let the jerk know what a jerk he was. But he beat me to the punch by threatening to cut my throat.
If there is one lesson from those experiences, it’s this: ignore jerks, if at all possible.
By engaging, you might just be welcoming a maniac into your life.
The study highlighted some troubling statistics from the National Highway Traffic Safety Administration:
In 2015, there were 467 road rage fatalities across the country, up 500 percent from nine years earlier, when there were 80.
In 2014, there were 247 cases of road rage involving guns.
In 2016, there were 620 cases of road rage involving guns.
Between 2013 and 2017, there were 136 people killed in road rage incidents involving guns.
Since 2013, there have been an estimated 300 road rage-related deaths.
Road rage and aggressive driving also can result in a steep financial hit.
According to the Zebra study, a reckless driving charge not only will lead to fines and court costs, but a serious spike in insurance rates. Zebra says such a conviction can send insurance payments up 70 percent ($1,034 annually) on average.
That’s nearly as big an increase as convictions for driving under the influence of drugs or alcohol. In some states, Zebra says the insurance increase for reckless driving can be as much as 390 percent ($4,220).
Those more expensive rates often stay in play for three years.
Get our daily Headlines Newsletter
Sign up!
* I understand and agree that registration on or use of this site constitutes agreement to its user agreement and privacy policy.
Scott Shenk: 540/374-5436