STUDY: Millennial Parents Are the Most Distracted Drivers on the Road - Parentology 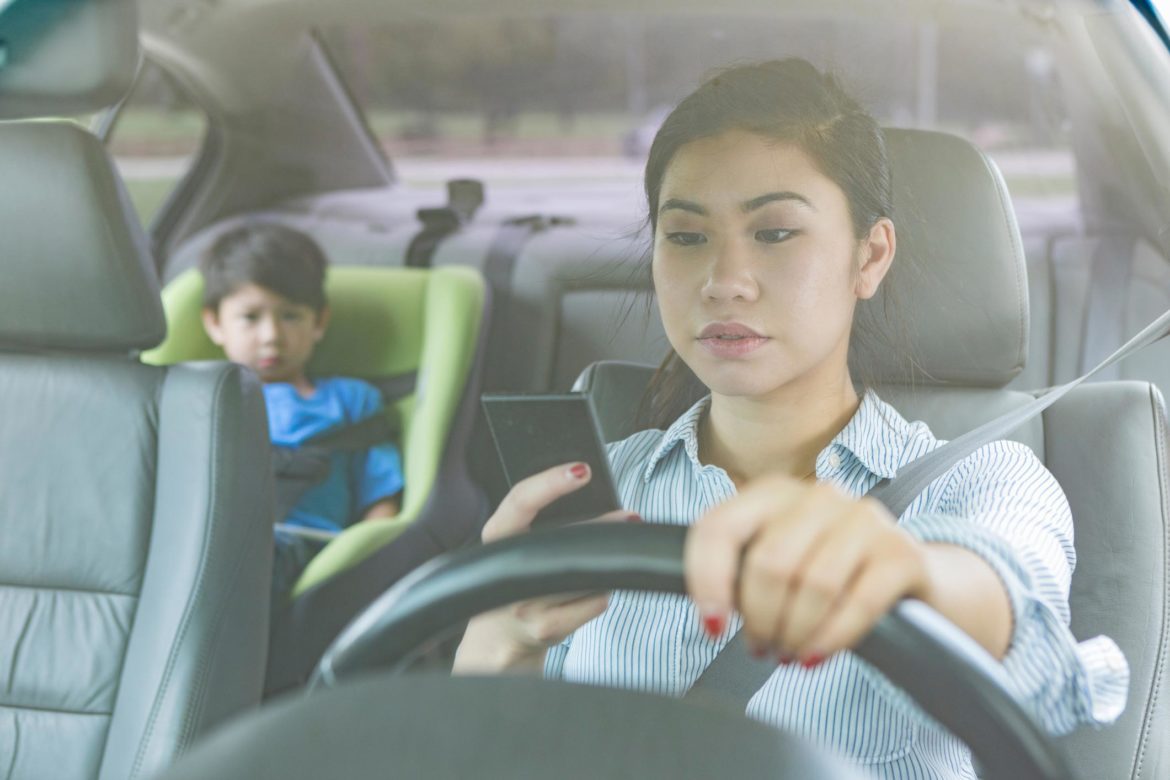 Ever since cell phones were invented, parents have been concerned about their kids driving cars while distracted. And, despite everything we know about the dangers of driving and using a phone, people continue to engage in the behavior. Now a new study reveals that millennial parents are more dangerous when driving than others.

Researchers at Brigham and Women’s Hospital conducted a survey of 435 parents and concluded that millennial parents are more reckless when it comes to distracted driving using their phone than older parents. Dr. Regan Bergmark, one of the authors of the study, told Science Daily that millennial parents reported more reckless driving habits with cellphone usage­ than older parents and that they most likely know the risks. Yet they continue to do it anyway.

This isn’t the only research conducted on distracted driving. Researchers at Children’s Hospital of Philadelphia (CHOP) and the University of Pennsylvania School of Nursing (Penn Nursing) studied 760 parents or caregivers of young children between 4 and 10 years old. Results of the study showed that while driving in a vehicle with children:

Despite the dangers and risks of cell phone usage, parents continue to keep their phone beside them while driving. What are the driving factors behind this behavior?

“Risky behaviors do not often exist in insolation. In our research, we found that parents who reported not always buckling their child in their typical child restraint system, not always wearing a seat belt while driving, and a history of driving under the influence of alcohol were more likely to engage in cell phone use while driving,” Dr. Catharine McDonald, PhD, RN, FAAN, Assistant Professor at the University of Pennsylvania School of Nursing and Senior Fellow at the Center for Injury Research and Prevention at the Children’s Hospital of Philadelphia, tells Parentology. “This ‘clustering of risks’ points to an opportunity to educate parents about various types of risky driving behaviors. This is especially pivotal today, as in-vehicle technology is rapidly changing and there’s increased – and seemingly constant – reliability on cell phones.”

Millennial parents, born between 1981 and 1996, are a generation who have grown up in a digital era. Their consumption of technology is unlike that of prior generations. They’re more engaged with social media and using their phones, with 92 percent of millennials owning smartphones.

“We know that people want to stay connected to others as often as possible,” McDonald says. “However, parents need to consider their behavior not only when they are driving their children, but also when they are in the vehicle by themselves.”

McDonald notes that parents need to maintain safe behaviors that become habits. For example, staying off the cell phone while driving is an important habit, even if a child isn’t in the vehicle.

“Parents inherently want their children to be safe and may not realize that engaging with their cell phones while driving not only models risky behaviors but also puts everyone in the vehicle – and on the road – at risk,” she says.

Millennial parents aren’t the only ones driving while preoccupied and distracted with their phone. Statistics show that distracted driving is responsible for more than 58 percent of teen accidents. Likewise, research from the Center for Injury Research and Policy at Nationwide Children’s Hospital found that data across 35 states shows that 38 percent of teens text while driving.

“Parents should be a good role model, drive distraction-free,” says Dr. Motao Zhu, one of the lead researchers and Associate Professor of Pediatrics at Nationwide Children’s Hospital and the Ohio State University College of Medicine. He suggests that Parentology readers, “Put the phone on silent and stash it where you can’t access it from the driver’s seat, like the backseat or the trunk of the car. Or use Apple’s built-in “Do Not Disturb When Driving” feature or Samsung’s “In-Traffic Reply” features.”

Teens are emulating what they see and staying connected to technology when in the car. How can we get teens to put away their phones while driving when parents aren’t putting their phones away? Parents can lead by example — managing their own cell phone usage when driving lets them become the role models that Dr. Zhu suggests they should be.