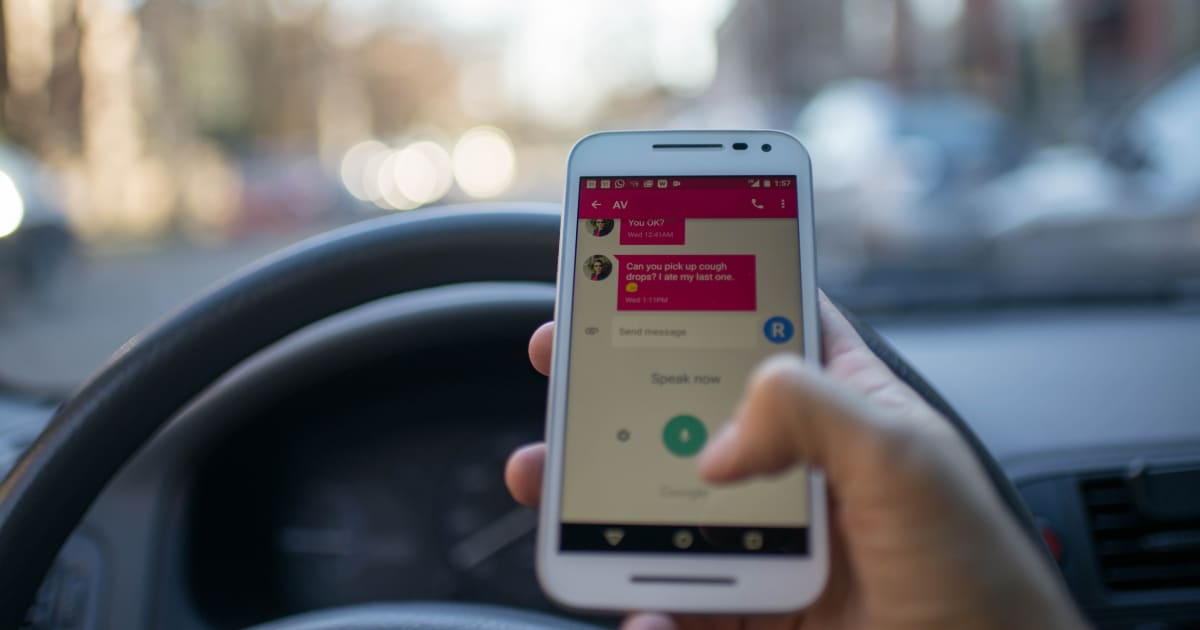 Keep your eyes on the road and hands on the wheel because texting while driving is now illegal in Florida. As of January 1, texting and other forms of typing on a mobile device, such as emailing and note-taking, are now treated as a primary offense. Officers can stop drivers simply for suspecting them of texting while driving. First-time offenders will face a $30 fine, and second-time offenders will receive a $60 fine in addition to three driver’s license points.

“I think the new law is great in theory,” says senior Kasey Lohn, a psychology major. “But people will still text and drive if they can get away with it. They’ll just be more hyper-vigilant of officers when driving.”

Lohn believes the fine for texting and driving, even as a second-time offense, is too low and not enough of a deterrent. “But the points on my license is really what would really deter me,” adds Lohn, who admits to occasionally texting while driving.

Senior Sophia Rodriguez, a hospitality major, says she is not worried that the new law will affect her because she does not text and drive. “I just ask Siri to send my messages for me.”

Freshman Karla Boria admits that she does peek at her text messages but does not respond to them while driving. “Serious accidents can happen while texting and driving. You’re putting yourself and everyone around you in danger,” says the Asian Studies major.

While some believe the relatively small penalty for texting and driving under the new law will not deter drivers from doing so, others disagree.

“People don’t like losing money. I think the new law will make people more conscious of not texting and driving,” Boria says.

To avoid the fine, first-time offenders may provide proof of purchase of hands-free blue tooth devices and complete a driver’s safety education course.

“At least they give [first-time offenders] a chance to fix their mistake,” Lohn says.

Senior Ronald Suarez, an engineering major, takes advantage of his blue tooth device when behind the wheel, claiming he only uses his phone for navigating and listening to music.

“I think the new law is fine and not too extreme,” Suarez says. “It will lower people’s chances of texting and driving because they’ll now have the possibility of being caught in the back of their mind.”

Texting while driving is a common form of distracted driving among young adults and is known to increase the risk of a motor vehicle crash. Among drivers involved in fatal car crashes in 2017, those between the ages of 20-29 made up the largest percent of drivers using their cell phones at the time of the accident. Furthermore, texting while driving is the most dangerous type of distracted driving because it involves visual, manual and mental distractions.

Under the new Florida law, drivers can still use their mobile devices to make calls, use GPS navigation and read emergency messages such as weather alerts, except in school and construction zones.