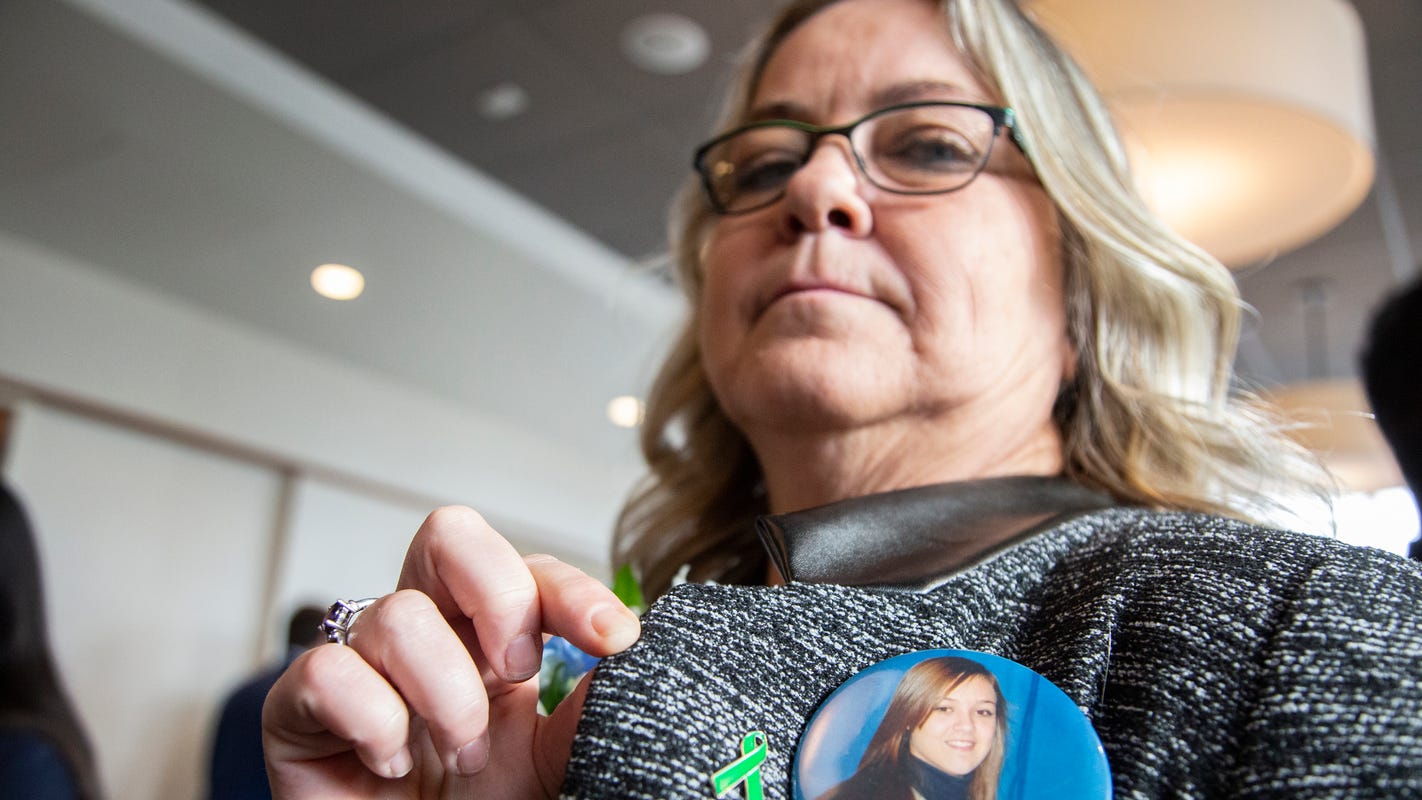 A bill to make it illegal for drivers under 18 to use a mobile device while driving passed the Michigan House in December and now rests with the state Senate as calls increase for tighter laws against distracted driving.

State Rep. Mari Manoogian, D-Birmingham, who sponsored the bill, said 21 states are ahead of Michigan in regard to distracted driving regulations. Manoogian said she is optimistic the bill will pass the Senate.

House Bill 4181 passed the House on Dec. 11 by an "overwhelming majority" and bipartisan support, Manoogian said Thursday at a press conference hosted by StopDistractions.org, a national organization building awareness of distracted driving.

"We know that this is not a Republican issue or a Democrat issue, but a public safety issue," Manoogian said.

The bill is an expansion of Kelsey's Law, a measure passed in 2013 that prohibits drivers with Level 1 and Level 2 licenses from using their cell phones will driving except in the case of an emergency. Cell phone use is defined by the bill as making a call or answering a call.

Kelsey's Law is named after 17-year-old Kelsey Raffaele of Sault Ste. Marie, who died in 2010 in a distracted driving accident.

Also read: Kelsey's Law forces teen drivers to hang up before they hit the road

Kelsey's mother, Bonnie Raffaele, said she sees young people starting to understand the implications of distracted driving and adults are the ones who need to catch up.

Raffaele said he only has one daughter left and lives in fear that she could lose her to a similar accident.

"I don't want to lose her because of a mistake that one of you make while being on the phone while behind the wheel of a car," Raffaele said, holding back tears. "That is my biggest fear in life right now is that one of you, somebody out there, is going to be on their phone and they're going to kill my only daughter. We have to have a hands-free bill — for everyone. Give us some peace of mind, give me some peace of mind."

Michigan Gov. Gretchen Whitmer called the issue a  "national epidemic" and the No. 1 killer of young drivers and passengers.

"We must work together to get this done, it must be bipartisan so that when it gets to my desk, we know that this is something for everyone across our state — no matter what part of the state you live in, no matter what party you happen to be affiliated with," Whitmer said. "This is a bill that I am very much looking forward to signing"

Jennifer Smith of StopDistractions.org said there is proof these laws are effective. Smith cited a study showing after a hands-free law was enacted in Georgia in July 2018, preliminary estimates for distracted driving fatalities decreased by 10%.

Smith said the problem is no longer limited to texting and talking while driving, but has expanded to social media and streaming services.

"It is almost to the point I wished they only talked and texted anymore. We are up against a monster," Smith said. "This law will get the phone out of the drivers hands so there is a clear interpretation, there is no more loopholes — if the phone is in your hand, you are in violation."

Manoogian said the bill has been referred to the transportation committee in the Senate and is optimistic about the opportunity to create a stronger law.