Blame it on the rain… 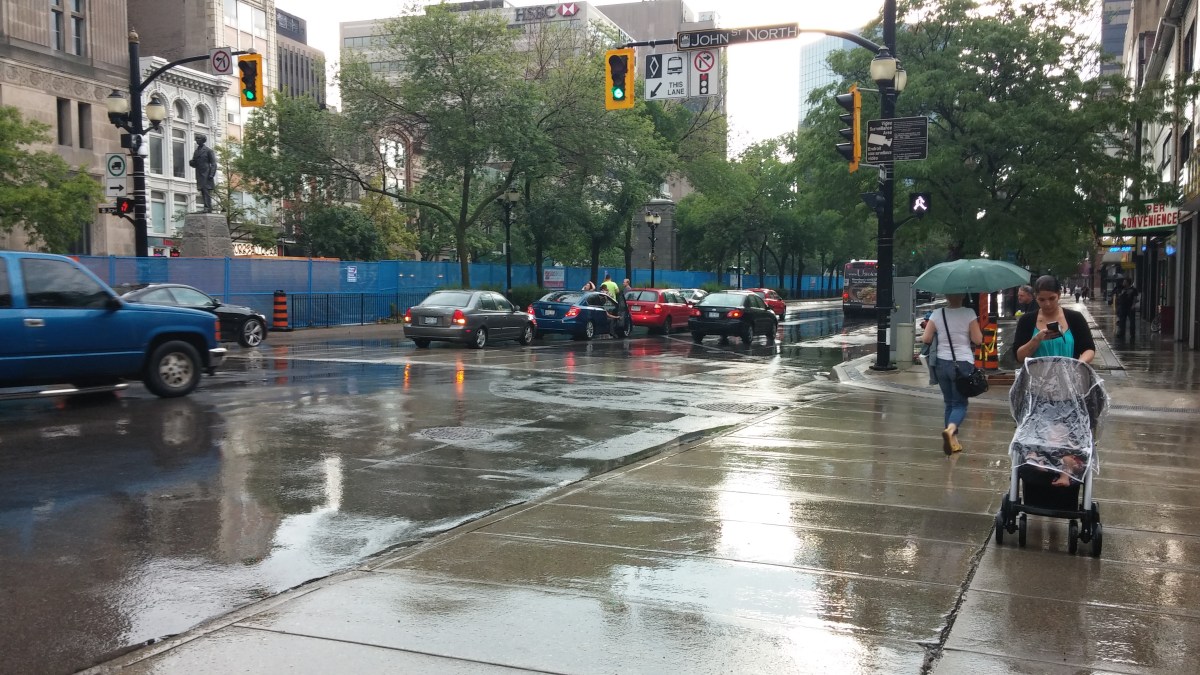 We’ve had a lot of rain lately and that got me thinking; what goes through a driver’s mind when they’re driving in the rain? Do most drivers just think about the fact they’re dry while inside their vehicle? Are they most concerned about their visibility or is it their traction? This intrigued me so I went out and asked a few random drivers their thoughts.

To not make it look too weird, I camped out at a local gas station during a rainy day. I struck up conversation with those pumping gas nearby and this is what they said. The most common answer I heard about what goes through their mind while driving in the rain was “Staying dry”. I think that goes without saying, unless you forgot to close your sunroof or forgot to put up the top on the convertible.

I did get “Being able to see properly” as another answer, but it wasn’t even a close second with 3 of the 15 people I asked giving that as their first answer. The third choice was a disappointment to me; “If I can I stop quickly enough” said by 2 people. Maybe since this answer was the third of all three answers given it may explain why rear crashes are in the multitude during the rain. Shouldn’t drivers think about their visibility and their traction and not just about staying dry?

When I followed up with each person and asked them how the rain affected their ability to stop. Most hesitated before answering but then most said their tires may not grip the road as well. I brought up wet brake pads as well and they all thought that was a good point. I took this opportunity to try to educate these few drivers about safe driving in the rain.

When I asked each of them when the last time they checked their tires for proper tread depth or inflation, they couldn’t tell me. One of those I spoke with actually went to the air pressure pump and checked their tires. Impressive! Did they do it because they felt obligated since I was wearing a Young Drivers of Canada shirt? Who knows; I’m just glad I made them think a bit more about the responsibility of driving safely in the rain.

I asked each of them if they drive differently in the rain and most said “A little more cautiously”. When I asked them what they meant by that they really didn’t have much of an explanation. I asked if they leave more space between their vehicle and the vehicle ahead of them. Most said they try, but that other drivers just end up taking away that space. To be honest, that doesn’t happen as much as people think it does. Give it a try and find out for yourself.

Rain seems to be a distraction for many drivers. It also becomes an excuse during a collision. The rain and wet roads didn’t cause the collision. It was the driver not adjusting to the road conditions and the traffic around them. When driving conditions are not ideal, drivers need to adjust. Do you adjust appropriately?