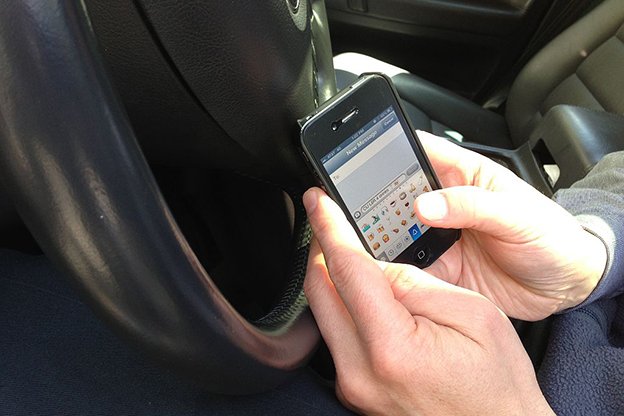 However, Republican leadership isn’t quite on board.

However, the Mayor of Westfield is personally invested in seeing this type of law. So much so, he says he may try to pass a city ordinance if the state doesn’t move forward.

“Zachary was 14 years old, full of life, on a freeway, traffic stopped, a work vehicle plowed into the back of them," said Westfield Mayor Andy Cook.

His Grandson died in that 2018 crash four other relatives were injured.

All because the driver was distracted by his phone.

“Many lives have been affected by this," added Cook.

The thing is, State Police don’t know how many have been impacted because distracted driving is hard to prove. That’s why they think making it illegal to hold your phone while driving would help prevent these crashes.

“We’re not eliminating the use of a phone in your car while you are driving we are hoping to eliminate the phone being in your hand,” said Indiana State Police Public Information Officer Sgt. John Perrine.

That’s the same thing Indiana Governor Eric Holcomb wants to do but not everyone in republican leadership is interested.

“I’ve indicated to the Governor that that one is a little bit difficult for some of our members," said House Speaker Brian Bosma.

“You’ve got to weigh that safety measure with the idea that it is also a bit of a restriction on people’s freedom as well," added Senate Pro Tem Rodric Bray. "So, you figure out what that adds up to.”

Cook said the rights of the victims of these accidents far exceed a motorist’s rights.

Mayor Cook has been pushing the state to pass this for some time. He even thought about passing a city ordinance on hands-free driving.

"I was going to pass something that we knew the state would argue about because I want to bring this to people’s attention,” said Cook.

If the state doesn’t act this year, he still might.

“I’m nutty enough in this term to do just that," said Cook.

They say with technology these days, it should be easy for people to use Bluetooth, talk to text or mount their phones to use them while driving.