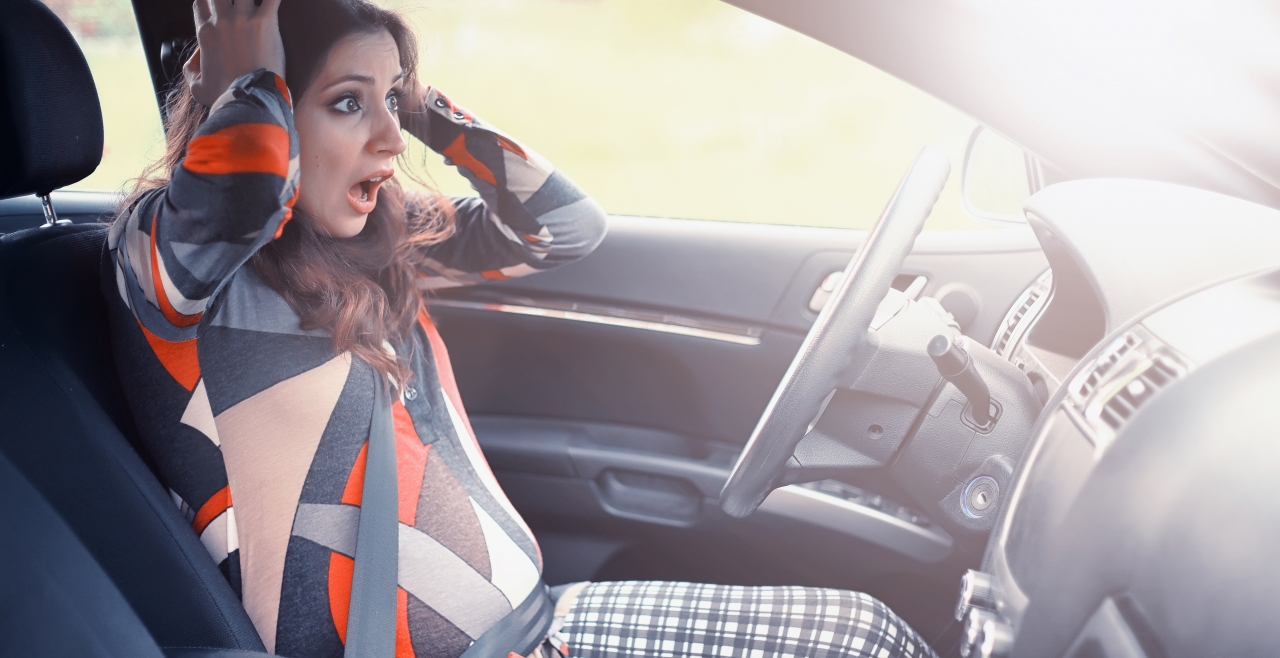 Distracted driving is a large and growing problem in America, but how much do you really know about it? Take our quiz to learn more about this dangerous issue.
Using a hands-free device while driving is substantially safer than using a hand-held device.
True
Incorrect. A number of studies on the subject have shown that it's not the way we're communicating while driving, but having the conversation at all that distracts us. Using hands-free methods, such as Bluetooth, to chat while on the road can be just as distracting—or even more so, some studies say—than holding your phone while behind the wheel.
False
Correct! Having any type of phone conversation—whether on a hands-free or hand-held device—can be equally distracting on the road. Even if both of your hands are on the wheel, being involved in a conversation can take your mind off the road.
Talking to the passenger beside you while driving is just as dangerous as talking on the phone.
True
Incorrect. Several studies analyzing the types of conversations being had in cars have found that in-person conversations are less distracting than those taking place over the phone. The main reason? Research has indicated that passengers in the car will instinctively stop talking if driving conditions change, or adjust to what's happening outside the car accordingly. Some studies have even shown passengers to be somewhat helpful for drivers, providing an extra pair of eyes on the road. However, most researchers agree that driving alone and in silence is the safest way to roll.
False
Correct! When you're talking to someone with knowledge of what's going on in and around the car, you're better off than talking to someone over the phone who can't see what's happening. Why? Research shows that passengers will instinctively stop talking or adjust accordingly to the changing driving conditions. Still, talking to a passenger is more dangerous than not talking at all.
Checking on a text message while driving at 55 mph is the equivalent of covering the length of ________ while blindfolded.
A high school gym.
Incorrect. Driving at 55 mph has you traveling about 80.7 feet per second. The average time a person spends looking at a text is about 4.6 seconds, which would send you 371.2 feet – much farther than the length of a high school gym, which typically clocks in at about 74 feet.
A football field.
Correct! This requires some math, so stick with us here. You cover about 80.7 feet per second while driving 55 mph. Numerous studies have shown that the average amount of time a person spends checking a text message is 4.6 seconds. When you multiply the two, you get 371.2 feet traveled in the time it takes to check a text. The average football field (including both end zones) is 360 feet.
5 car lengths.
Incorrect. Car lengths vary, but on average, a vehicle will be about 15 feet long. Five car lengths, then, would come out to 75 feet. When you're driving 55 mph, you cover closer to 371 feet—almost 5 times the amount of 5 car lengths—during the average amount of time it takes to read a text message.
4 city blocks.
Incorrect. City blocks vary widely in length—anywhere from 660 feet in many areas to 900 feet in New York City. At any rate, when you're driving at 55 mph, you'll go about 371 feet in the time it takes to read a text message, which is actually much closer to the length of a football field than a city block.
According to the NHTSA estimates, how many people are killed every day due to distracted driving?
0
Incorrect. Sadly, people in America are dying from distracted driving every day. The latest numbers compiled by the Centers for Disease Control and Prevention (CDC) estimated that more than 9 people lose their lives to distracted driving on a daily basis.
3
Incorrect. More than 9 people—or more than 3 times as much as this answer—die from distracted driving every day, according to the Centers for Disease Control and Prevention (CDC).
5
Incorrect. If you double this number, you'll come much closer to the actual answer. More than 9 people die due to distracted driving every day, according to numbers compiled by the Centers for Disease Control and Prevention (CDC).
More than 9
Correct! This unfortunate number comes from the Centers for Disease Control and Prevention (CDC). Sadly, that comes to more than 3,285 people every year.
What percentage of teens have multi-text conversations while driving?
10%
Incorrect. While a survey conducted by Distraction.gov found that 10% of parents admit to having multi-text conversations while driving, the percentage of teens admitting to that was higher, at 20%.
20%
Correct! In a poll conducted by Distraction.gov , 20% of teens said they frequently participate in extended, multi-text conversations while driving, and nearly a quarter of the respondents said they respond to a text message once or more every time they drive.
30%
Incorrect. Fortunately, the answer is lower – 20% of teens surveyed by Distraction.gov said they participate in this type of behavior while driving. Still, looking at your phone at all—let alone multiple times while on the road—can be very dangerous.
40%
Incorrect. Only half of this answer—20% of teens—said they will have multi-text conversations while driving. But any amount of time spent looking at your phone while behind the wheel is a dangerous idea.
What percentage of distracted driving fatalities are of drivers in their 20's?
10%
Incorrect. Unfortunately, the percentage is higher. According to numbers compiled by Distraction.gov , 27% of distracted driving fatalities are drivers in their 20's.
27%
Correct! This sad statistic comes from Distraction.gov . While teen drivers are the largest victim group of distracted driving fatalities, drivers in their 20's still make up a big amount of those who die while distracted behind the wheel.
Less than 5%
Incorrect. Sadly, the number is much higher—27% of drivers who die in distracted driving incidents are in their 20's, according to numbers compiled by Distraction.gov .
18%
Incorrect. Drivers in their 20's actually make up a much larger amount of distracted driving fatalities—as high as 27%, according to numbers compiled by Distraction.gov .