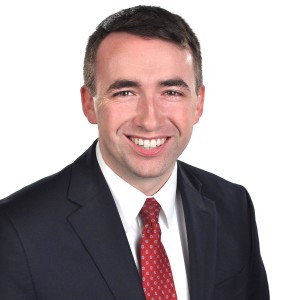 WEST CHESTER, Ohio — Fatal car crashes have been declining in Butler County the last couple of years, and dozens of county leaders met Wednesday to discuss how to keep it that way.

Carol Lucio, coordinator of Butler County Safe Communities, said efforts to curb distracted driving and the ongoing push to add roundabouts are part of the reason crashes are going down in the county.

"Yes, it certainly seems like our county is doing better in regards to crashes, injuries and fatalities," Lucio said.

"It's important to bring a mixture of people together," Lucio said. "Truly it's everyone's concern and that's why we're having these discussions today."

Traffic safety efforts in Butler County are showing some signs of progress. From 2018 to 2019, the number of fatal crashes in the county dropped by 10 and the number of deaths dropped by nine.

Dan Katt, Corporate Loss Control Manager at Rumpke, talked about why companies need to promote safe driving on the job and off.

"Safety is at the core of our operations. Without safety, we don't have a business," Katt said.

The U.S. Bureau of Labor Statistics lists garbage collecting as one of the most dangerous jobs in the country.

"We teach our drivers to anticipate the behavior of others and the possible bad driving of others," Katt said.

Sometimes, though, there’s no avoiding it.

Rumpke employees have been terrorized in three serious crashes in the past two years.

"We tell our folks that there are days when you're doing everything right and something bad can happen and to look out for others," Katt said.