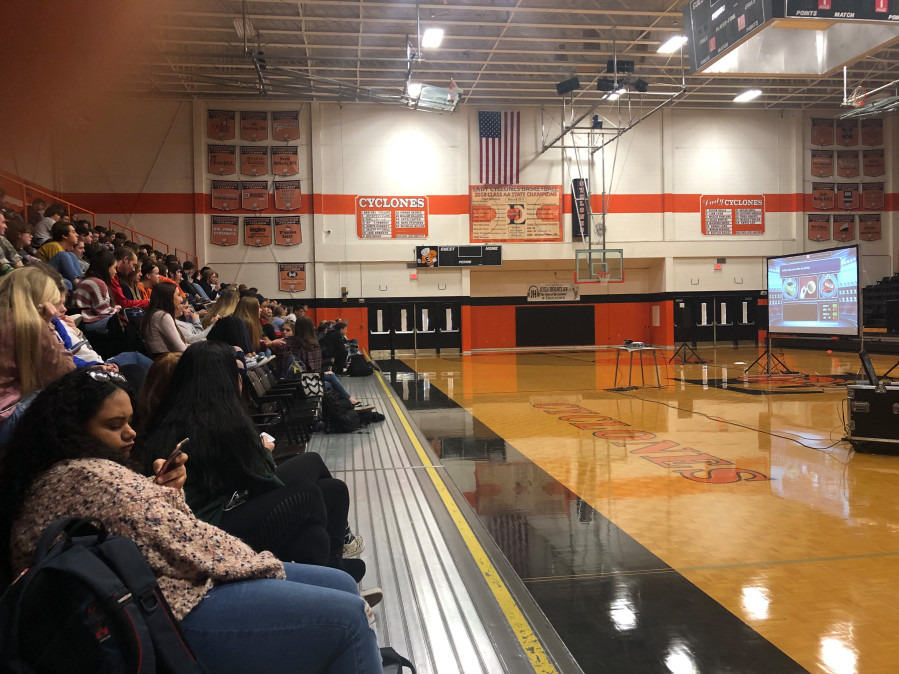 ELIZABETHTON, Tenn. (WJHL) An interactive program aims to reduce distracted driving and change the behavior of teens behind the wheel.

“Distracted driving is rising quickly and it’s even getting to a point where it’re more than alcohol and driving. Although, speeding is the number one killer for teens,” Isaac Marshall said.

Isaac Marshall is a program host and technician for Mobile Cinema Park Technology. He works with the Children and Parent Resource Group, which is a nonprofit organization that funds these programs in schools.

“It’s even getting to a point where it’s more than alcohol and driving. Although, speeding is the number one killer for teens,” Marshall said.

“We do a survey to get an understanding on where the students are at for driving safety. Then, we do a 3D video. After that, it’s a motion experience. Basically shows the basics of driving,” Marshall said.

Drive Cinema visited Elizabethton High School’s 10th, 11th and 12th grade students, showing teens what it is like to be on the driver and passenger side of these situations, all while using a multi-sensory way of learning.

Dana Holsclaw said, “Driving distracted is unsafe and driving under the influence is also unsafe.”

Sophomore, Dana Holsclaw, understands the effects. Her father, Representative John Holsclaw is a sponsor of the Hands Free Tennessee law that went into effect on July 1, 2019.

Holsclaw said, “Some people having the freedom to hold their phones while driving were taking it to another level, so a lot more people are getting hurt.”

“I knew that it wasn’t okay to drink and drive. I know it’s never been okay because it’s really dangerous and it can affect the way you think, no matter how much you have or how big you are or how much you think you can take. I also learned that distractive driving is just as dangerous because you’re not even focused,” Connor Johnson said.

The football player wants his actions to be a blueprint of being a great role model to his peers.

“If they see you doing all those things and getting into your car, then they’ll think it’s going to be okay and they can do it,” Johnson said.

A Cinema Drive representative said at least 18% of students who are at risk in schools, will change their intentions and behavior on the roads, after this experience.