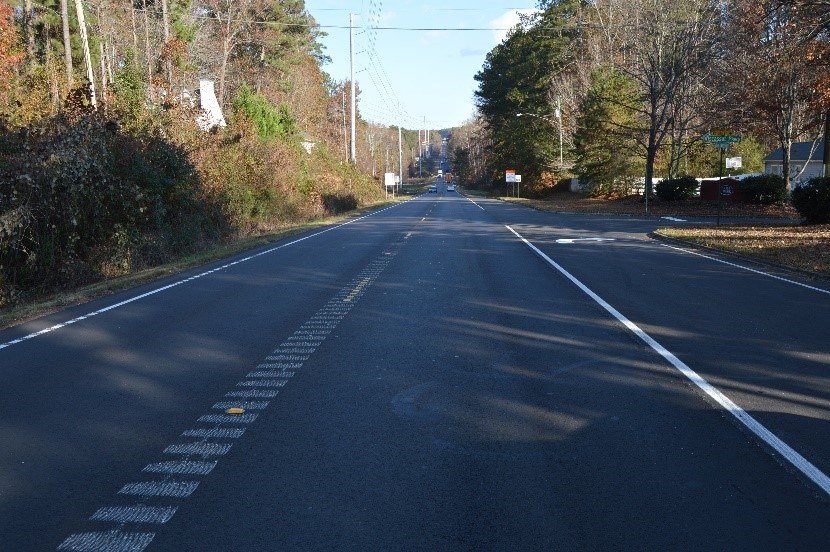 WHITE, GA – http://www.dot.ga.gov/DS/SafetyOperation/DAAA Thump thump thump! The distinctive sound of rumble strips is keeping roads safer for motorists throughout northwest Georgia. Rumble strips are quickly becoming a feature of many of the state roads managed by Georgia Department of Transportation District Six as a way to combat distracted driving. Drivers failing to maintain their lane were responsible for 55% of fatalities in 2018. Additionally, 44% of fatalities were from single vehicle crashes. The statistics point to distracted driving being the reason for many of the crashes on Georgia roads. Rumble strips installed on both the center and shoulder lines alert drivers to keep them from leaving their lane, saving lives and prevening crashes. “Since we began installing rumble strips, we’ve seen a drop in crashes caused by vehicles driving off the road or crossing into other lanes,” said District Six Engineer Grant Waldrop. “Distracted driving is dangerous, and rumble strips are just one way we’re working to make our roads safer.” In addition to the rumble strips, District Six, which covers northwest Georgia, is also using the GDOT Drive Alert, Arrive Alive campaign to promote driver awareness and safety. “Technology today makes it easy for drivers to become distracted on the road,” Waldrop said. “We want drivers to know that putting down their phone is not only the law, it also makes the roads safer for everyone.” To learn more about the Drive Alert, Arrive Alive campaign, visit http://www.dot.ga.gov/DS/SafetyOperation/DAAA You know that construction work zones are dangerous, but do you know that they are not always stationary? Moving work zones that conduct maintenance activities like litter pickup, asphalt repair, edge pavement repair, pavement marking and sweeping may move slowly and stop intermittently.  Treat moving work zones like any other - Pay attention - Slow Down - Watch for Workers. And Always, expect the unexpected. Work zone safety is in your hands.