Distracted driving…through the eyes of the police 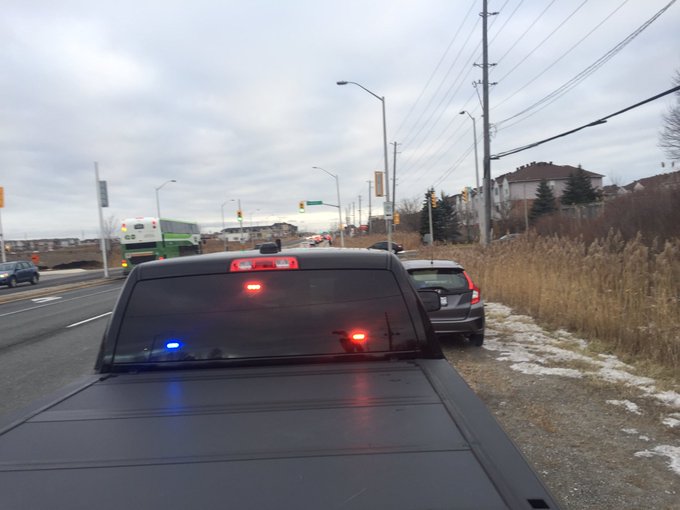 As a road safety educator, I was curious about those he has ticketed for distracted driving. Would you care to guess the average age of the violator? Is it a teen driver? Or perhaps it’s a millennial in their 20’s? Nope. He figures the average age is someone between the ranges of 30 to 55 years of age. This is mainly parents and those working who constantly need to stay in touch with others. If you’re wondering if a certain gender violates more than the other, he says it’s balanced between males and females. Those in their teens and 20’s were learning to drive when distracted driving became a law in Ontario in 2009, so they may have somewhat learned to leave their phone alone while driving. The others, not so much.

I asked Officer Marc what the excuses these drivers had when they were pulled over. Some were quite oblivious to the distracted driving laws. Most started with “I was just…” as if it was okay they were using their phone if they had a good reason. The vast majority of those ticketed were caught while stopped at traffic lights. Many were unaware they could not use their phone while stopped in traffic. Now they do. Some of those pulled over said it was an emergency. Well, maybe an emergency to them, but not a real emergency. Calling someone at home to let the dogs out – now we know who let the dogs out – is not an emergency. A real emergency is when you need to call 911, and in case you’re wondering, it is not a violation to call 911 from your vehicle. Doing it safely of course is your main objective, so pull over first before making that call.

One of the common uses of the cell phone is setting and resetting the maps function. Taking the phone in and out of the phone holder is also a common issue. If you’re wondering why that is a problem, your mind is away from the driving task as you re-enter your destination into your map function. In many cases, the driver is looking away from the road ahead each time to take the phone out of the holder as they plan to use the phone, which was why they took the phone out to begin with.

I asked what the driver would say once they were pulled over, and most were silent. They knew what they did was wrong and illegal, but they did it anyway. Others were in denial and did a somewhat argument with the officer saying such things as “I was reaching for my coffee”. Umm, no. The officer would not pull someone over unless they were certain. It’s his job to be certain. Everyone’s lives depend on his accuracy and commitment to helping to keep our roads safe. Now we just need all the other road users to do a little self-policing and leave their phone alone…because someone is always watching. Right Officer Marc?