'This piece of plastic': Parents plead for texting and driving ban in South Dakota 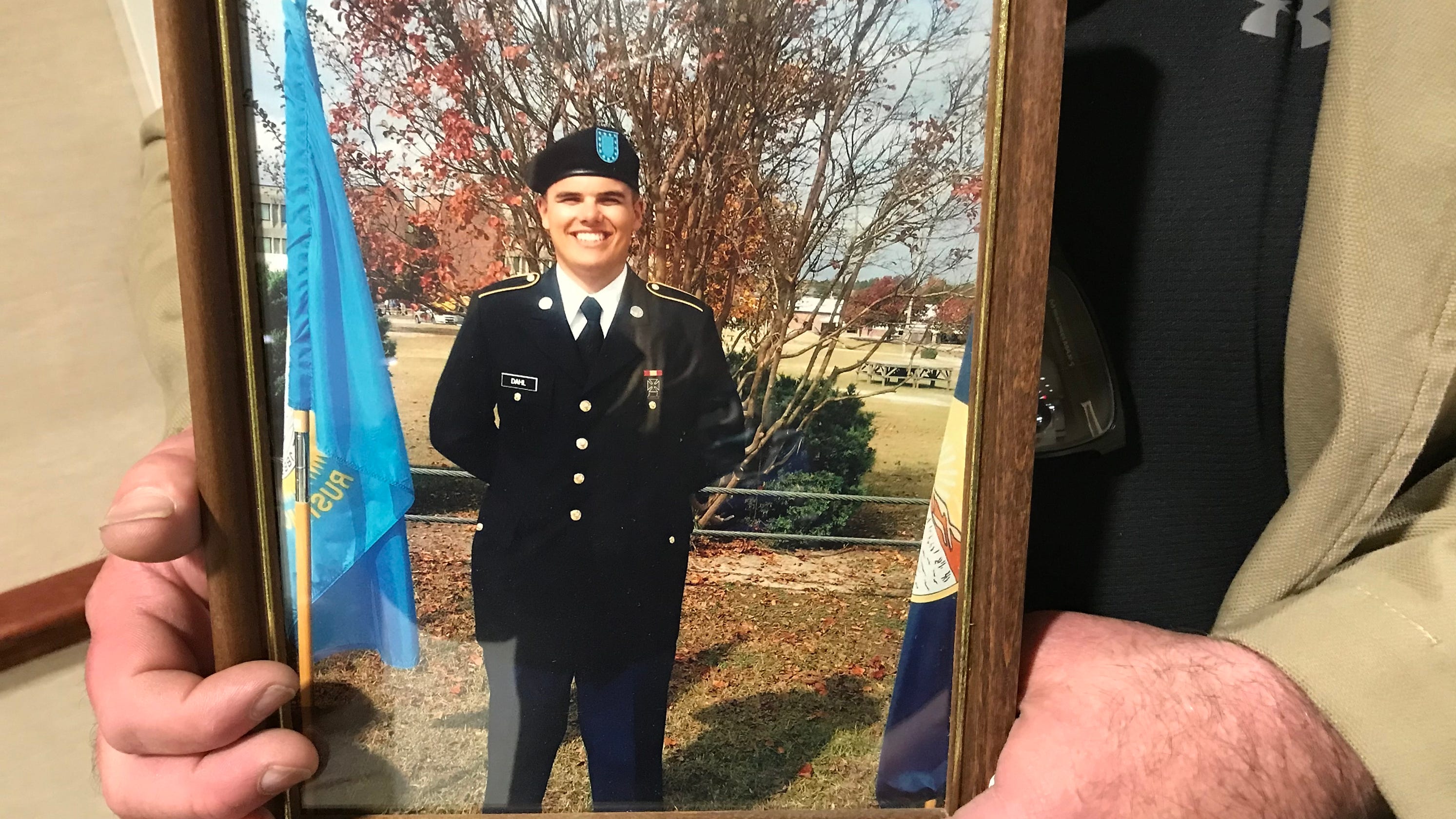 PIERRE — Jacob William Dahl was a 19-year-old Northern State University student when he was killed after running into the back of a soybean truck while looking at his cell phone.

Dahl, a 2013 graduate of Castlewood High School, was "the greatest kid in the world," his father Jeff Dahl said. Jacob was active in his church and played on his high school football team. He was studying to become a special education teacher to help students like his younger brother, who has autism.

Jeff cried as he showed his son's football jersey to the House Transportation Committee on Thursday. Jacob wanted to become a football coach, and his football number has been retired in his honor. Jeff said his son was committed to serving the United States, holding up a photo of his son in his U.S. Army Reserves uniform. Then he held up the cell phone his son was holding when he died.

"Cruise control set, never stopped, never hit the brake, never saw it coming," Jeff said. "Not on drugs, not on alcohol, that wasn't my son. The only thing distracting him was this piece of plastic."

Jeff and Jacob's mother Lesa Dahl sat in the audience on Thursday as the House Transportation Committee passed, in a 10-1 vote, House Bill 1169 to prohibit using a cell phone while driving and make it a primary offense. The bill will now go to the House floor for a vote. Rep. Steve Livermont, R-Martin, was the only opponent in the vote.

Rep. Doug Barthel, the former Sioux Falls police chief, wasn't planning to file his bill again after it was defeated on its final vote in the Legislature last year.

He thought he'd give it a rest for a year before trying again in a future session, but then Jeff called him last summer, wanting to talk to him about the bill.

"Every year that goes by, we could have people like the Dahls come and speak," Barthel said after Thursday's bill hearing. "There's someone new who is impacted every year by this."

More: Ban on cell phone use while driving in South Dakota sees early support from lawmakers

Barthel hopes the bill can pass all the way through to Gov. Kristi Noem this year, but he's not taking its passage at each step for granted. His goal is to not get a phone call like Jeff's again next summer, he said.

HB 1169 would prohibit cell phone use while driving except for emergency purposes, using a GPS app or reading or entering a phone number. Talking on the phone would need to be done in a hands-free mode. If passed, using a cell phone while driving would be a Class 2 misdemeanor. Texting while driving is currently a secondary offense in South Dakota, meaning a driver must be pulled over for a reason other than that in order to be ticketed. Sioux Falls has an ordinance prohibiting texting while driving.

The number of crashes was decreasing, but that trend is reversing with the advent of smartphones, and the same is true in South Dakota, said Doug Abraham, a lobbyist for the American Property Casualty Insurance Association.

Sanford, Avera, the South Dakota Municipal League and the South Dakota associations for health care, sheriffs, police chiefs, firefighters and EMTs, insurance companies, general contractors and auto dealers all spoke in favor of the bill on Thursday. No one spoke in opposition.

From the time he left Northern's parking lot that day until he crashed, Jacob was constantly on his phone. He was trying to take a picture with his phone when he ran into the back of the truck carrying soybeans. His funeral was held in the high school gym.

"Gyms are for athletics and gym and proms and science fairs, not funerals," Jeff told the legislators, crying as Lesa comforted him.

Jeff hadn't been able to get ahold of his son for hours when the Sheriff's Office, escorted by the pastor from their small hometown church, knocked on the door. Jeff knew immediately that the worst had happened. He told the legislators that he hopes they never have to answer a knock on the door like that.

He hopes no more high school football numbers have to be retired or scholarships started in the name of another South Dakotan who has been killed because of distracted driving.

Working as a school janitor in Watertown, Jeff goes into an empty room whenever he needs to cry so that the kids can't see him crying, he said.