Hands-free law in Mass.: Patrols, outreach planned but no ‘stings’ like law enforcement has done in other states 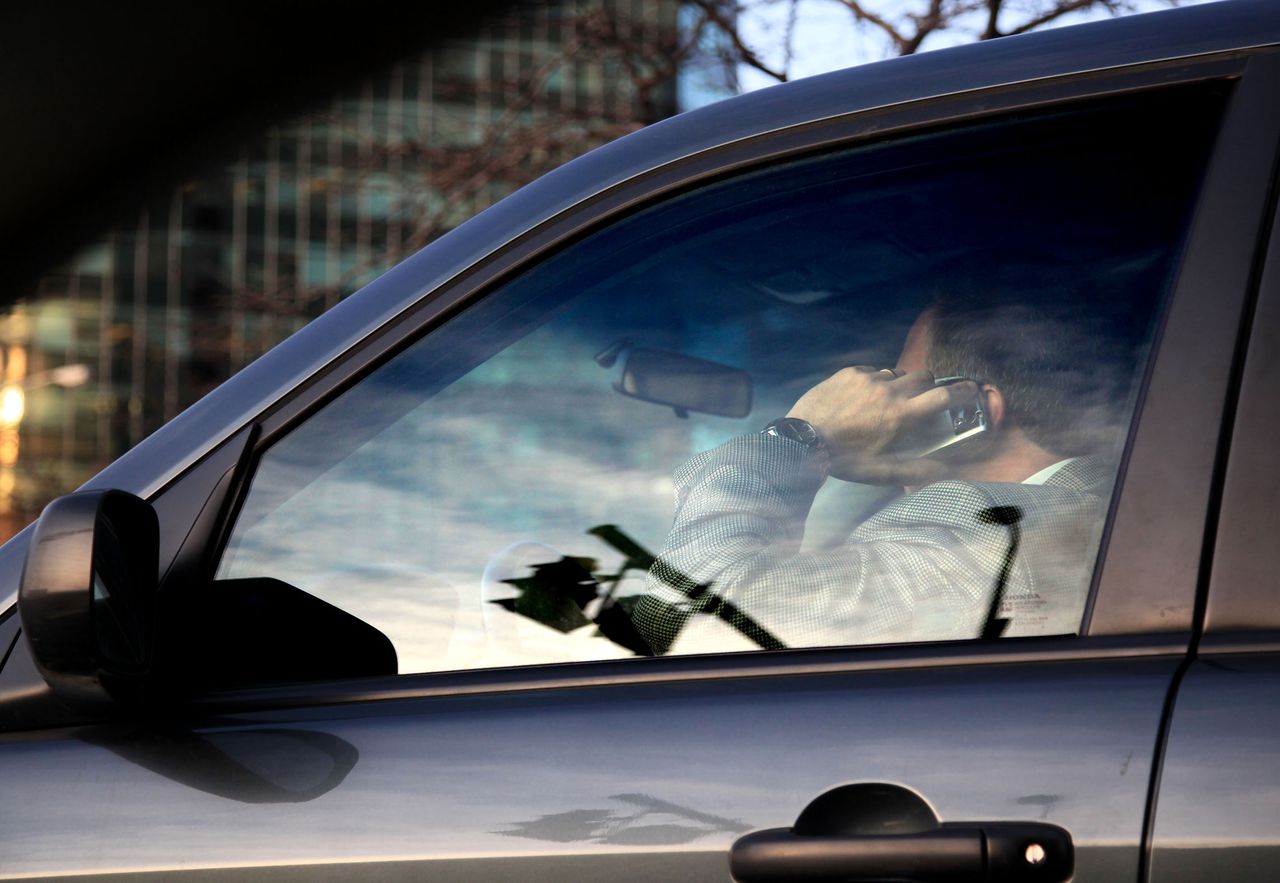 The hands-free law in Massachusetts begins Feb. 23and police across the state are prepared to enforce it.

Motor vehicle drivers who are 18 years old and over can only use electronic devices and mobile phones in hands-free mode and can only touch the devices to activate the hands-free mode. Drivers are not allowed to hold the phone or touch the phone to text, email, use an app or search the internet.

Drivers under the age of 18 cannot use any electronic devices and all phone use while driving is illegal including hands-free mode.

People will be allowed to use a cell phone to call 911 to report an emergency and are asked to safely pull over first, if possible.

Drivers will be allowed to activate GPS when the device is installed or properly mounted. People will be allowed handheld use of a phone only if the vehicle is stopped and not in a travel lane or bicycle lane. People cannot use a device while stopped at red lights or stop signs.

The law also allows for voice to text and communication to a device only when it is properly mounted. Drivers may only use a headphone or an earpiece in one ear.

Police will only issue warnings through March 31.

The state Executive Office of Public Safety partnered with the state Registry of Motor Vehicles and MassDOT on an awareness campaign. Social media alerts, flyers to local police departments, billboards and highway message boards have all been used to spread the word.

The Massachusetts State Police and other departments across the state have sent out training bulletins or emails reminding troopers and officers about the law. Worcester police added training on enforcement and will utilize motorcycle patrols as part of the efforts.

Springfield police said no additional enforcement is planned in the beginning, but a spokesman noted distracted driving month is typically April and departments across the state receive grants to conduct additional patrols.

The state police will have added patrols and will be watching for drivers physically holding a phone, a spokesman said. The added patrols will most likely involve two troopers in a cruiser, one driving, and the second acting as a spotter.

Massachusetts is one of more than 20 states that have a hands-free law. Public safety officials in other states have used a variety of methods to enforce the law including having officers disguised as panhandlers or construction workers during stings.

Retired Northborough Police Chief Mark Leahy, executive director of the Massachusetts Chiefs of Police Association, said his organization is currently working on spreading the word and educating the public.

His organization is looking for people to comply with the law and isn’t a fan of clandestine stings.

“I’m not a fan of gotcha traffic enforcement,” he said on stings conducted in other states. “Everyone knows it’s a hazard.”

There isn’t much debate that holding and manipulating a phone while driving is a hazard, he added.

Here are some of the stings conducted in other states to cite people for violating a hands-free law or for distracted driving:

In New Hampshire, the hands-free law has been in place for a few years now. In September 2015, officers from the Somersworth Police Department conducted nearly weeklong sting enforcing the law, according to Seacoastonline.

Officers posed as panhandlers and carried signs. One sign said, “Homeless. Need job. Need money” and in smaller print, the sign noted the panhandler was an officer, Seacoastonline reported.

The sting, according to Seacoastonline, resulted in 96 tickets being issued to drivers.

In December, the Biddeford Police Department had officers on foot in plainclothes and others in unmarked cruisers flagging people caught on their cell phones while driving to uniformed officers in patrol cars, the Portland Press Heraldreports.

In a two-week sting, the officers wrote 83 tickets and noticed even more violations, but officers couldn’t grab the drivers in time, the newspaper reports.

The hands-free law in George took effect in July 2018.

Fox9 reports that in Minnesota, months before the state’s hands-free law went into effect, officers from the Eagan Police Department boarded a bus with no children inside and looked for distracted drivers.

The hands-free law went into effect in Minnesota in August. The department rolled out the “Busted By the Bus” sting again in September to catch distracted drivers and people who did not stop for school buses.