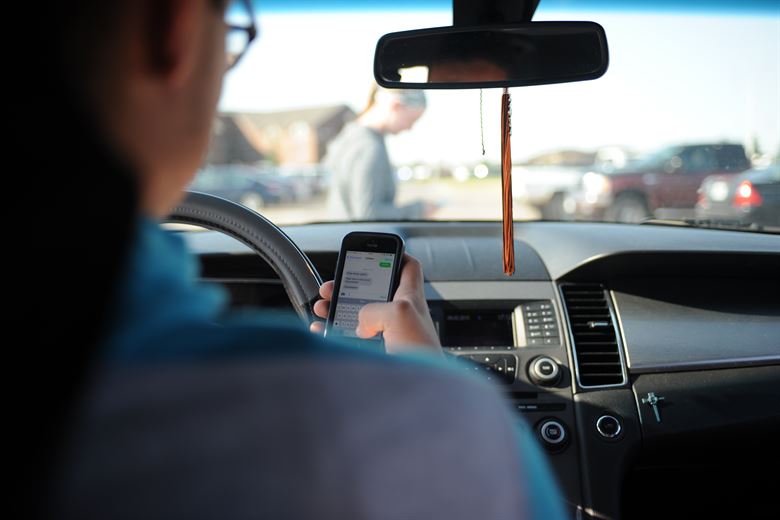 H.B. 101 would ban Utahns from using handheld devices while driving . The bill has failed multiple times because of concerns that making this a criminal offense would be excessive. But all the bill says is that drivers may not use a “handheld wireless communication device” while operating a vehicle on a road. Simply put, drivers cannot read text messages, instant messages or emails or view or record a video. This bill is not oppressive and unnecessary — it’s simply meant to eliminate distracted driving. Utahns need to be aware that their actions have consequences and be reminded that they shouldn’t be using their cell phones while driving in the first place.

It isn’t a secret that Utah has terrible drivers. Distracted drivinghas always been an issue in Utah, and bad driving habits remain a part of why the state has some of the worst drivers in the nation. Texting while driving is technically illegal, yet everyone still witnesses others texting on the highways or even does it themselves. People use their phones to shoot live videos, check social media, video call friends or find directions online—all of which can cause accidents in the blink of an eye. The legislature needs to pass H.B. 101 because the restrictions already in place have been insufficient.

The importance of careful, attentive driving isn’t news to anyone, and yet drivers of all ages continue these terrible driving practices. Adult drivers must set a good example for younger, newer drivers who have and should learn that their actions have consequences toward another person’s life. And this is hard to do when older drivers have this same bad habit. Campaigns such as “It Can Wait” urge everyone against using their cell phones while driving. The Utah Department of Transportation even worked with the University of Utah campus to launch a campaign to discourage distracted driving. Warnings are all around us, so why do people continue to do it?

To combat this issue, H.B. 101 states that a driver will face firm, tangible consequences if they are caught using a cell phone while driving. A warning may be issued the upon the first pull-over, but subsequent offenses will be penalized. Violations could range from infractions to class B misdemeanors. However, there are some explicit exceptions including Bluetooth, voice control, hands-free devices or devices mounted to a car’s dashboard or windshield. The bill does not explicitly ban features like maps or voice-to-text. As such, this bill is entirely reasonable and provides more than enough leeway concerning cellular usage.

Even with these provisions and broad public support, some Utahns still claim the bill is unfair. The Libertas Institute opposes H.B. 101 because only 1% of highway fatalities nationwide are caused by handheld devices. That statistic may not seem like a lot but in 2016 alone, there were 5,748 distracted driver crashes in Utah, over 850 of which were caused by cell phone distractions. The impact of distracted drivers is even greater. The minute someone handles their phone, that individual places every driver, biker and pedestrian around them at risk. Motorcyclists may feel especially unsafe when they see distracted drivers because smaller vehicles like motorcycles are harder to see when a driver is looking between larger vehicles and their phone.

Too many Utahns have gotten into accidents, become injured or lost their lives because of distracted drivers. The injury or death of one person affects not just them, but numerous other lives. While every crash cannot be stopped, it’s very possible to cut down on unnecessary crashes from hand-held devices. Zero Fatalities rightfully recognizes that the only acceptable goal is zero roadway fatalities. H.B. 101 can help improve driving conditions in Utah and discourage drivers from taking such unnecessary risks — as the saying goes, “it can wait.”