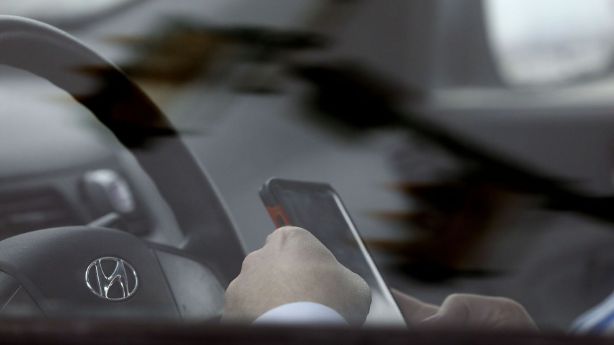 SALT LAKE CITY — After years of languishing, a bill to ban hand-held cellphones while driving as a primary offense cleared the full Utah House of Representatives Monday.

After a debate about whether it would actually prevent distracted driving, the House voted 40-32 to pass HB101. It now goes to the Senate for consideration.

Hand-held cellphone use while driving has been illegal in Utah for years, but the bill’s sponsor, House Minority Whip Carol Spackman Moss, D-Holladay, argued law enforcement has had a tough time enforcing the rule because drivers can only be fined for the traffic violation as a secondary offense. That means police can’t pull someone over only for holding their phone; they have to commit a traffic violation at the same time.

HB101 seeks to make holding a phone while driving — whether the driver is texting or talking on the phone — a primary offense.

Some lawmakers challenged Moss on whether the bill would actually prevent or discourage distracted driving, citing studies from other states with similar laws that showed no change in traffic accidents.

Daw said he’s “all in favor of being tough” on distracted drivers or those “driving dangerously.” But he also said, with all due respect to law enforcement, he doesn’t want to give police “another reason to pull me over if there is no good reason.”

But other lawmakers came to the bill’s defense, arguing it would help give teeth to anti-texting and driving education campaigns.

Moss also argued there is plenty of data that suggests it could help.

“And if any of you don’t believe this data, you can meet me outside later, happy to show it,” she said.

A similar bill faltered before the House in 2019. Moss told KSL she had the votes to get the legislation passed last year, but then some lawmakers flipped on her. That bill failed in the House 32-41.