Would a Free Milkshake Get You to Ignore Your Phone While Driving? 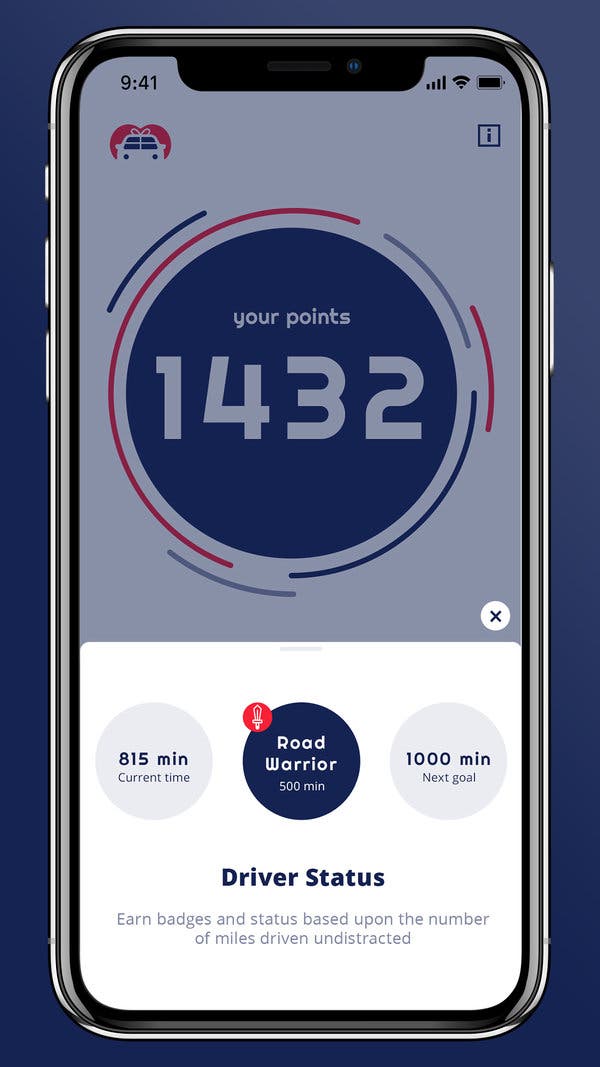 Wheels
Would a Free Milkshake Get You to Ignore Your Phone While Driving?
This App Saves Lives rewards drivers for not texting. It’s in use in Philadelphia, and has bigger plans.
Ryan Frankel, left, and Nate Wagner created an app that uses what they call a carrot-not-the-stick approach to curtail distracted driving caused by cellphone use.Credit...This App Saves Lives
By Paul Stenquist
Feb. 27, 2020
Updated 9:53 a.m. ET
This article is part of our continuing Fast Forward series , which examines technological, economic, social and cultural shifts that happen as businesses evolve.
If trends hold, about 3,000 people will die this year in car accidents caused by distracted drivers, many of them fiddling with their phones. That’s dangerous, often enough fatal, and yet we still refuse to put down our devices when we’re behind the wheel.
Texting is “the most alarming distraction,” according to the National Highway Traffic Safety Administration, adding that “using a cellphone while driving creates enormous potential for deaths and injuries.” In 2017, the most recent year for which the NHTSA website lists complete statistics, distracted driving killed 3,166 people.
Many approaches have been tried. Smartphone makers have taken steps to discourage tapping while driving, like automated text replies.
But Ryan Frankel thinks we can do better, and he has a vested interest in developing a solution. On a sunny summer morning in 2015, he had bicycled into the intersection of 21st Street and 10th Avenue in Manhattan just as a driver ran a red light while looking at his phone. Mr. Frankel swerved and avoided a direct hit, but was catapulted over the handlebars onto the pavement. He fractured his hip and elbow and was in physical therapy for months. While rehabilitating, he started to wonder about addressing the issue.
That accident took place shortly after Mr. Frankel sold VerbalizeIt , a translation services company he had founded with Kunal Sarda in 2013. A self-described serial entrepreneur, Mr. Frankel had been searching for a new challenge, so he began to look into the efforts of others who had hoped to curtail drivers’ cellphone use.
“I did some market research and found that most companies that had worked on solutions focused on blocking cellphone use while driving,” he said. “It was apparent that negative approaches weren’t working, so I went the other way and sought a means to reward drivers who make the right decisions behind the wheel. My business partner, Nate Wagner, and I call it the carrot-not-the-stick approach.”
Their approach is a free app that uses the cellphone itself to discourage its use while you’re driving. It’s called This App Saves Lives , and once uploaded to a phone it remains dormant until the phone’s global positioning sensor detects that the vehicle is moving at 10 miles per hour or faster. At that point, the app launches in the background and monitors phone use.
It can tell if the driver uses the device for anything other than navigating the car, listening to music or receiving a hands-free phone call. In other words, it discourages reading or sending texts and email and other complex tasks like watching a video.
Simple in operation, the app awards the driver a point for every minute driven without using the device in a detrimental way. If the cellphone is used in a way that could cause distraction, points are deducted.
Image
The app tells drivers how many points they have earned and how many minutes they have remained focused on the road without cellphone use.Credit...This App Saves Lives
Points can be redeemed through the app for rewards. The rewards are provided by brand partners that stand to benefit from the exposure and the “halo effect” of contributing to what is potentially a lifesaving program.
Mr. Frankel said brand partners also benefited because drivers were apt to buy other goods when claiming a reward. For example, if you earn a Shake Shack milkshake, you might buy a burger, too.
Asked how his company, also known as This App Saves Lives, generated revenue, Mr. Frankel said that once the app had proved it was generating revenue for initial brand partners, new partners would be charged a fee. In addition, his company conducts challenges for companies with numerous commuting employees and collects a fee for the service. The employees compete to see who can accumulate the most points and are rewarded by their employer.
The app’s technology can potentially be cheated. Users could accumulate points if the app launched while they were riding a bus or train, but the company has ways to reduce this behavior, and Mr. Frankel said the brand partners had not expressed any concerns.
His company is based in Philadelphia, the only place where the app has been introduced. According to Mr. Frankel, six weeks after the app’s introduction in November 2018, over 10,000 drivers were using it. Some Philadelphia businesses have signed on as partners, and two national marketers, Shake Shack and Urban Outfitters, are also participating.
So who is using the app? “Many of our users are students,” Mr. Frankel said. “They’re the worst offenders, so we’re going after a young demographic to try to alleviate the problem at its earliest stage.”
When asked what’s next, Mr. Frankel said the company was looking at introducing the app in other cities where residents have long commutes and a high propensity for distracted driving. Among the target markets are Los Angeles, Miami and Dallas.
Anyone who has spent several hours commuting bumper to bumper in one of those cities and has had to resist the urge to break out Spelling Bee on the phone can understand why they qualify.
Advertisement