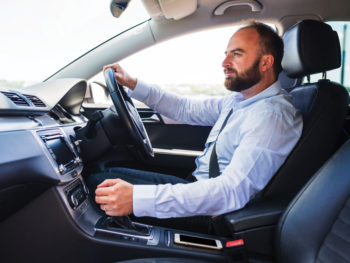 That’s the call from a new report published by Brake’s Global Fleet Champions campaign and supported by the World Health Organisation (WHO).

According to WHO data published earlier this month, approximately 1.35 million people die each year as a result of road traffic crashes, with work-related journeys accounting for a large proportion.

About a third of road traffic crashes in high-income nations are estimated to be work-related, and a significant number of deaths and injuries in low- and middle-income nations also involve vehicles being driven for work purposes, often with devastating consequences, such as the bus crash west of Nairobi, Kenya, in 2018 that killed more than 50 people.

Brake’s new report, launched in collaboration with a range of agencies around the globe, sets out that governments and employers round the globe need to step up urgently to address this by taking action in a number of ways.

For governments, this includes strengthening legislation relating to organisations operating vehicles and their drivers; it also calls on governments to improve data collection regarding work-related crashes and their causes.

The report – which was released during the 3rd Ministerial Conference on Road Safety, held in Sweden on 19-20 February, and supports United Nations Sustainable Development Goals –  also calls on corporations and governments using roads to report on their road ‘footprint’ through safety and sustainability reporting.

Mary Williams OBE, chief executive of Brake and co-author of the report, said: “This vital report is the first international report of its kind uniting voices in proclaiming the urgent need to address deaths and injuries on roads caused by a vehicle being driven for work purposes, which are a significant proportion of casualties on roads. Governments and employers need to step up urgently and take action, putting road safety centre stage of business decisions and occupational safety and sustainability reporting.”

Etienne Krug, director at the World Health Organisation, in his preface to the report, added: “I hope this report will play a valuable contribution to strengthen action on work-related road safety. I urge governments and organisations to read it and implement urgent actions to save lives.”