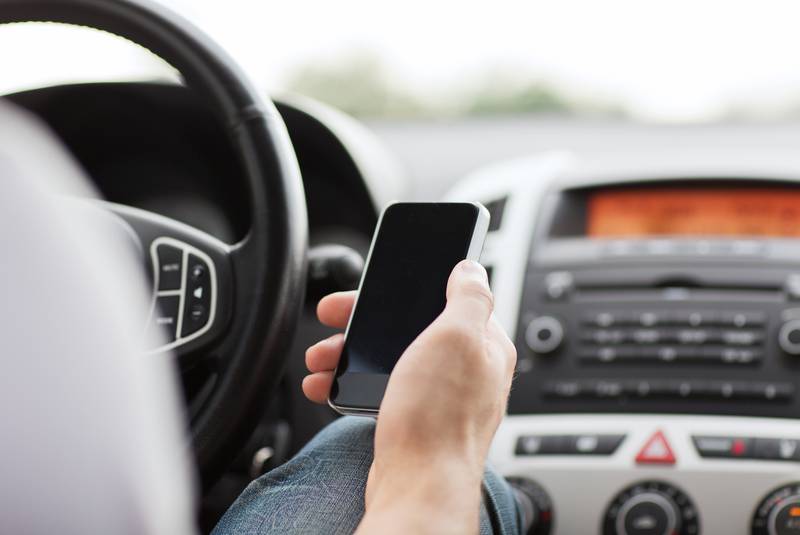 As an experienced driving instructor, Jim Brazil knows all too well about the dangers of distracted driving.

"We've all seen the lapdog in people's laps — teaching them to drive almost — from time to time. That's distracted driving," said Brazil, a traffic safety instructor for Safety NL and a defensive-driving trainer for the Canada Safety Council.

There are plenty of other items or situations that can divert a driver's attention away from the task at hand and cause a collision. A new Forum Research survey paid for by Rates.ca — an insurance coverage aggregator website — found 58 per cent of Canadians believe texting is the most likely distracted driving contributor to traffic collisions. Other top contributors cited in the survey were making hands-free calls (19 per cent), eating (14 per cent) and drinking coffee or water (eight per cent), or using a GPS system (eight per cent).

Brazil knows these habits can lead to accidents. But he says the most problematic behaviour contributing to accidents is simply letting one's mind wander. It is human nature to daydream, and Brazil admits he's prone to doing it himself while behind the wheel.

As Brazil describes it, most routes drivers take are routine ones they're intimately familiar with.

"When you think about your drive to work in the morning and driving home, it's a relatively mundane, robotic task that we're involved in," he said. "And our mind will wander because of that. And it's not something where we can simply say, 'Well, I'll never daydream again.' It happens. It happens to me."

Brazil stresses the importance of being mindful of instances when a driver needs to be keenly aware of their surroundings. At these moments, drivers need to be certain they're engaged with the road.

"Forty per cent of all collisions happen at intersections," he said. "When I'm driving through an intersection, I'm always making sure I'm not daydreaming."

Construction zones, school zones, residential areas and situations requiring a driver to merge onto a highway are other instances where staying engaged is a must.

The prevalence of distracted driving in Newfoundland and Labrador is hard to pin down as far as an exact number is concerned.

Royal Newfoundland Constabulary Const. James Cadigan said there are a variety of ticketable moving violations that could relate to distracted driving, such as failure to stop at a traffic signal, failure to use an indicator light and failure to yield to a right of way.

"We issue tickets when we have grounds to do so, and certainly we ask that the public, any time you observe the use of a cellphone in a vehicle, hand-held or otherwise, report it and file a statement," Cadigan said.

With hands-free phone systems, Cadigan highlighted the fact that, unlike a conversation in a vehicle with a passenger, the person on the other end of the call is not aware of the driver's surroundings. He does not believe the two scenarios are comparable.

"When you're speaking to somebody in the passenger seat, they're aware of the surroundings that you are as well," he said, adding people using these systems should do so cautiously.

The Forum Research survey shows Canadian passengers are taking a vested interest in making sure the people they're relying on to get them from one place to another do so in a safe manner. Fifth-eight per cent of survey respondents said they have told a driver to stop texting or end a phone call on at least one occasion. For Canadians ages 18-34, more than 50 per cent said they've told a driver on more than three occasions to stop using a cellphone while driving.

"If you're in a vehicle with somebody who is driving in a manner that's dangerous or distracting and likely to cause injury or death to you or any other occupant, the right thing to do would be to have them stop that," said RCMP Newfoundland and Labrador Cpl. Jolene Garland.

In 2019, 24 people died in 18 motor vehicle accidents in Newfoundland and Labrador. Of those 18 fatal accidents, 10 involved a vehicle veering away from the centre line into oncoming traffic.

According to Cpl. Garland, this sort of driving behavour can serve as a sign the driver was either distracted, impaired or dealing with a medical issue.

Fines for driving without due care and attention or without reasonable consideration for other persons can result in fines ranging from $300 to $1,000.

The charge of driving without due care and attention or without reasonable consideration for other persons causing bodily harm or death — added to the provincial Highway Traffic Act in 2017 — can lead to fines ranging from $2,000 to $20,000 and up to two years in prison.

"Nobody thinks this is going to happen to them until it does," Garland said. "How many close encounters does a person have to have with using a cellphone device before they realize, this is dangerous and I need to stop doing this?"