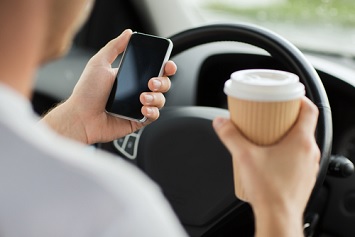 The National Transportation Safety Board (NTSB) recently said it would make recommendations to the Occupational Safety and Health Administration (OSHA) and others to take steps to address motor vehicle crashes caused by distracted driving. The Board revealed its initial findings concerning the probable cause of a fatal March 23, 2018, crash of a Tesla Model X in Mountain View, California. Board members concluded the driver was distracted by a mobile phone and relied too heavily on Tesla’s “Autopilot” system. Because the driver was in a company car, belonging to Apple, Inc., the Board feels OSHA should take steps to ensure employers have appropriate company vehicle policies in place.

The Board said OSHA should both update its guidance for employers on reducing motor vehicle crashes and strictly enforce compliance with the guidelines.

“In this crash we saw an overreliance on technology, we saw distraction, we saw a lack of policy prohibiting cell phone use while driving, and we saw infrastructure failures that, when combined, led to this tragic loss,” NTSB Chairman Robert Sumwalt said in a Board statement.

Witnesses removed the Tesla driver from the SUV before it became engulfed in flames. Investigators believe the Tesla driver likely was distracted by a gaming application on his mobile phone prior to the crash.

The NTSB will edit its findings, publish a final report, and send recommendations to the driver’s employer, Apple, Inc.; the National Highway Traffic Safety Administration; portable electronic device manufacturers, including Apple, Google, HTC, Lenovo, LG, Motorola, Nokia, Samsung, and Sony; and SAE International; as well as OSHA. The Board already has issued recommendations to Tesla, the Consumer Technology Association, and the California State Transportation Authority.

The Board will recommend that OSHA review and revise its distracted driving initiatives, including its “Guidelines for Employers to Reduce Motor Vehicle Crashes,” to increase employers’ awareness of the need to develop strong cell phone policy prohibiting the use of portable electronic devices while driving company-owned vehicles.

The NTSB also will recommend that OSHA take enforcement action under the General Duty Clause against employers that fail to address the hazards of distracted driving. The General Duty Clause (§5(a)(1)) of the Occupational Safety and Health Act of 1970 requires employers to ensure on-the-job conditions are free of hazards that can cause death, illness, or injury.

The NTSB feels OSHA’s guidance on distracted driving needs to be more specific. The Board will advise Apple, Inc., to establish and implement a company policy banning the use of portable electronic devices while driving company vehicles, including use for work-related communications.

“Crashes like this one, and thousands more that happen every year due to distraction, are why ‘Eliminate Distractions’ remains on the NTSB’s Most Wanted List of Transportation Safety Improvements” Sumwalt said.