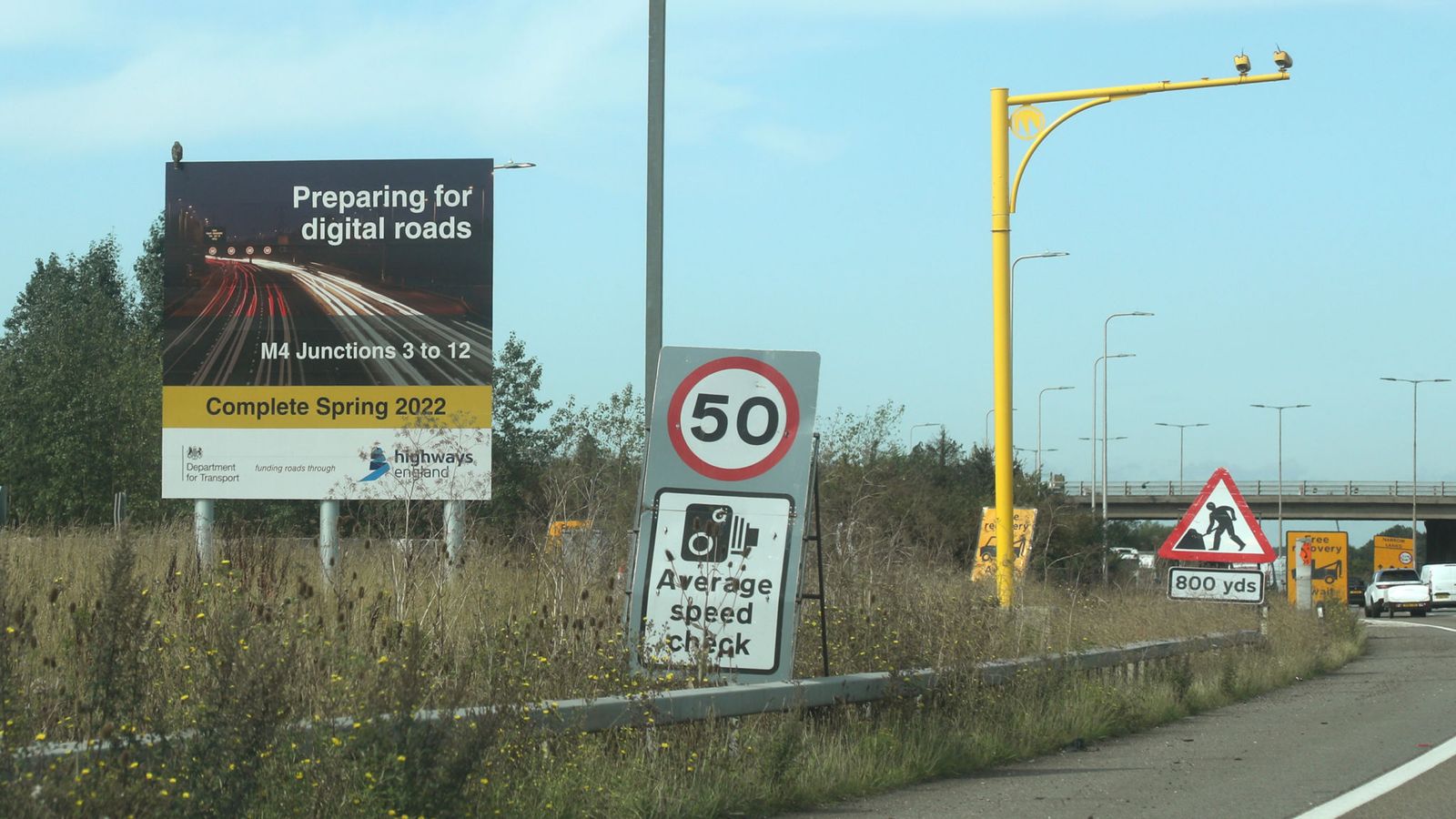 The government has revealed an 18-point action plan to improve "smart" motorways following concerns about their safety.

The aim of smart motorways is to keep traffic moving by converting the existing hard shoulder into an "active" fourth lane and controlling speed limits.

But they have been branded "death traps" after a number of high-profile cases.

Five people were killed in just 10 months on a 16-mile stretch of the M1.

Due to the lack of a hard shoulder, drivers who break down on a smart motorway can be trapped in speeding traffic.

Transport Secretary Grant Shapps on Thursday published proposals to "raise the bar" on the safety of smart motorways.

Meera Naran, whose eight-year-old son Dev was killed in 2018 on a section of smart motorway on the M6, was present in parliament as Mr Shapps announced his plans.

"Overall, the evidence shows that in most ways smart motorways are as safe or safer than conventional ones, but they are not in every way," he told MPs.

"I have therefore developed new measures to further improve safety."

In a written statement to parliament, Mr Shapps added that smart motorways had helped the country cope with a 23% rise in traffic since 2000.

"They save motorists thousands of hours sitting in jams," he wrote.

"They reduce the disruption and environmental destruction which would otherwise be needed to widen our busiest roads.

"Their growth, however, has not always been well explained, there is not uniformity, and concerns exist over safety.

Highways England chief executive Jim O'Sullivan last year told MPs that smart motorways with hard shoulders only used at busy times are "too complicated for people to use" and won't be built in the future.

An RAC survey in November found that just 9% of the more than 17,000 people questioned felt relaxed or safe driving on a smart motorway.

Mr Shapps added in his statement: "Motorists could be better informed about this change in our motorways.

"Many do not know exactly what a smart motorway is, and are not aware of when they are on one or not.

"We need to tackle the public perception of, and public confidence in, the safety of smart motorways as much as the reality."