Multiple injured in a taxi collision on the M1 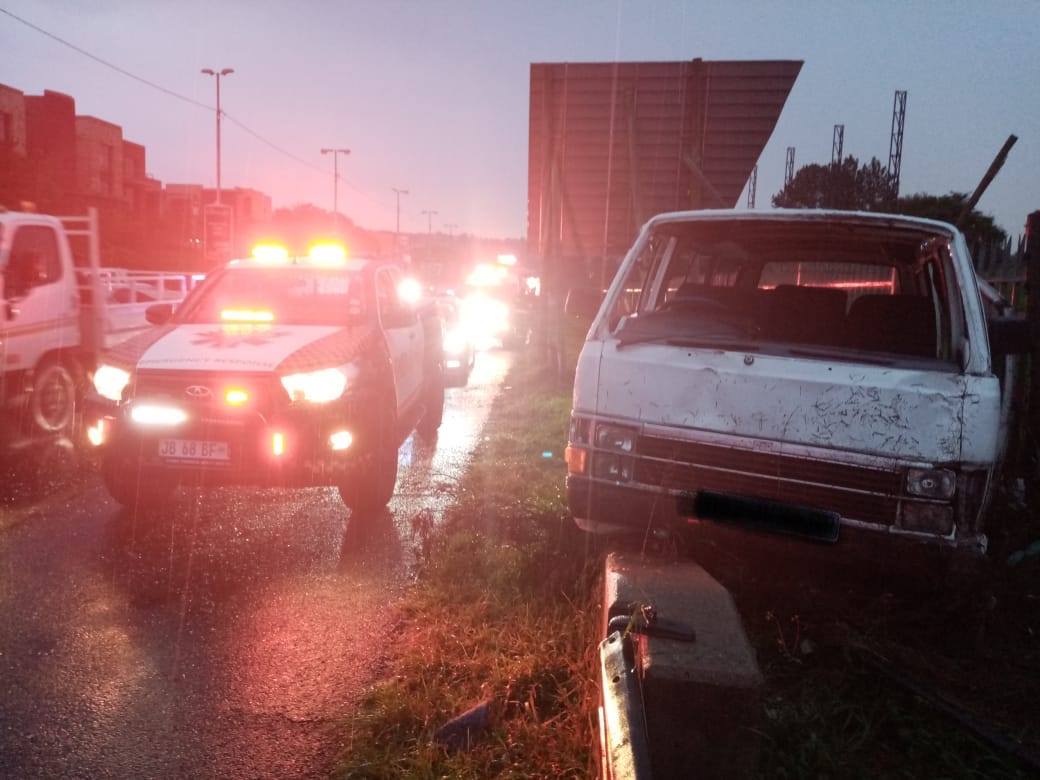 Multiple injured in a taxi collision on the M1
24 March 2020 | From Arrive Alive
Emer-G-Med responded to M1 North before Glenhove for a collision.
Multiple patients were treated and transported to the hospital for further care.
Local authorities were on scene for investigations.
Share This Page
Automobile Association (AA) on safe driving during the National State of Disaster...
24 Mar 2020 | From Arrive Alive
The Automobile Association (AA) says although roads across the country are experiencing a dramatic decrease in volumes, safe driving is still essential, and motorists must still follow the rules. “An unintended consequence of the coronavirus and the associated closures of schools, tertiary
Statement by President Cyril Ramaphosa on Escalation of Measures to Combat Covid-19 Epidemic...
23 Mar 2020 | From Arrive Alive
My fellow South Africans, It is a week since we declared the coronavirus pandemic a national disaster and announced a package of extraordinary measures to combat this grave public health emergency. The response of the South African people to this crisis has been remarkable. Millions of our people
N3TC Advisory...
23 Mar 2020 | From Arrive Alive
Since the President of South Africa, Mr Cyril Ramaphosa, declared a National State Disaster in March, all our people, businesses and institutions have been uniting around the country to help stop the spread of the novel coronavirus (COVID-19). The World Health Organisation confirmed that the coronavirus,
Gauteng: Two injured Edenvale crash...
23 Mar 2020 | From Arrive Alive
Gauteng: At 10H59 Monday morning Netcare 911 responded to reports of a collision on Driefontein Road in Isandovale Edenvale. Reports from the scene indicate that two trucks and a car were involved in a collision. Two adult male patients were found on the scene, the passenger had sustained moderate
Driver injured in Randburg crash...
23 Mar 2020 | From Arrive Alive
Gauteng: At 21H26 Sunday night Netcare 911 responded to reports of a collision on Eland Road in Robin Hills Randburg. Reports from the scene indicate that the driver of a light motor vehicle lost control crashing into a tree. The patient, an adult male who is also believed to be the only occupant
One person injured injured in road crash on the R34, Scheepersneck...
22 Mar 2020 | From Arrive Alive
This afternoon Kwazulu Private Ambulance Service responded to the R34 Scheepersneck, for reports of a collision. When emergency services arrived they found that a single vehicle had lost control and overturned. Paramedics quickly assessed the scene and found that 1 occupant sustained minor injuries.
12 Injured in bakkie rollover off the N2 in Boboyi...
22 Mar 2020 | From Arrive Alive
This evening Kwazulu Private Ambulance Service responded to a small road off the N2 in Boboyi for reports of an accident. When emergency services arrived they found that a vehicle had lost control and crashed off the road. Paramedics quickly assessed the scene and found that 12 occupants sustained
Eight killed, eighteen injured in collision on N1 between Sasolburg and Kroonstad ...
22 Mar 2020 | From Arrive Alive
At least eight people died, and eighteen others sustained various injuries in a multiple vehicle collision along the N1 between Sasolburg and Kroonstad on Sunday afternoon. At approximately 2.30pm, paramedics from ER24 and local emergency services arrived on the scene where they found a truck, a minibus
Detective team in search of two suspects after police constable killed in Makhaza ...
22 Mar 2020 | From Arrive Alive
The assistance of the Khayelitsha community is sought in identifying and locating two suspects who attacked and killed a police constable in Makhaza, Khayelitsha last night. The 72 hour Activation Plan has been ordered for the arrest of the suspects. Detectives were still on the scene combing the