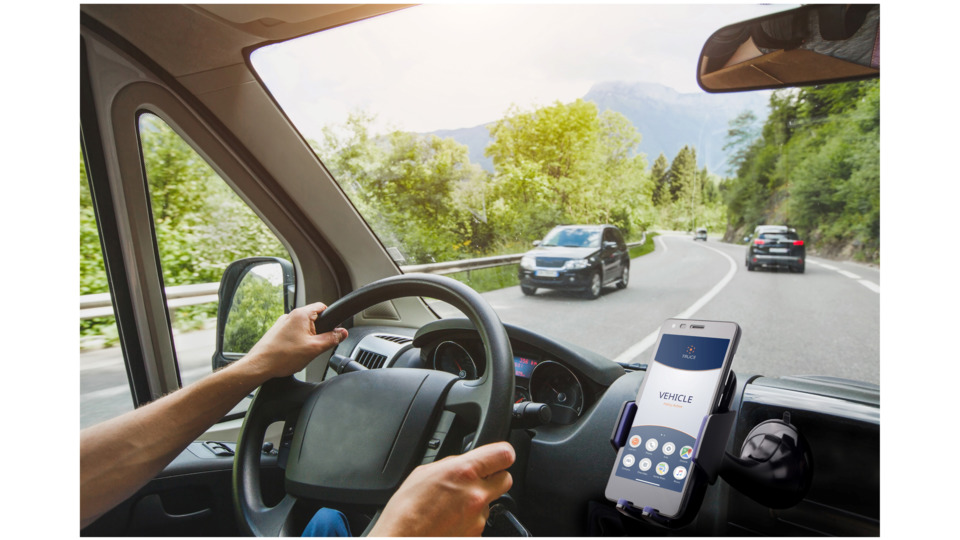 Truce acts like an automatic safety switch on an employee’s phone, temporarily blocking access to distracting apps and features when the employee is in an unsafe area or doing work that requires more focus, such as driving. Once outside of the “boundaries” established by the employer (no longer driving), the employee’s phone automatically returns to normal operation and the apps become accessible again.

Over the past several years, the annual accident rate of commercial vehicles has risen to 20%, with industries like large trucking and pharmaceuticals reaching an even higher percentage,” says Joe Boyle, CEO of Truce Software. “We’re helping our customers to keep their employees focused on the road, reducing preventable accidents and the costs associated with the claims, lost productivity and even lost revenue caused by those events

Michael Tedesco, manager of purchasing and fleet at Atlanta-based McKenney’s, says that the company’s accident rates have decreased by a double-digit percentage since employing the technology more than two years ago.

“What makes that number even more impressive is that we added a million more miles driven and a 13% increase in the number of vehicles on the road,” says Tedesco.

Tedesco says safety plays a big part in the actions of the company. “It’s something McKenny’s takes great pride in and is embedded in our DNA. Our dedication to continuous improvement of safety is part of our culture. We also take pride in hiring subcontractors who demonstrate high safety standards that align with ours. We decided to implement Truce Software—not because it was put upon us by some regulation—but because we wanted to be proactive in getting each driver home safe every day and to make the roads safer for everyone.”

Before rolling out the technology, they piloted it for six months. From the reporting, the company could see benefits with the case study group; people stopped touching their phone altogether while driving and began using voice activation via Bluetooth to operate their phones, which eliminates the hands-off-the-wheel portion of distracted driving.

People like to have control over their mobile devices—even their company ones, and they like instant access to everything all the time. This is what makes mobile smart phones so appealing. But, these are also the same characteristics that lead to the inappropriate use of them. People are using them when they shouldn’t.

“Sending off a quick text while behind the wheel is common. We are all guilty of it, as I used to send texts to my wife to say I will be home late. Until you stop doing it, you don’t realize how often you are using your phone at inappropriate times,” says Tedesco.

According to Tedesco, the implementation of Truce took some getting used to by the drivers.The first two to three weeks of using the software was the hardest, he says. Initially there was pushback from drivers. Some complained of issues with user functionality. But, by the fourth week, Tedesco says people started to realize the benefits and change their perceptions.

“It is a great perk to be able to use company phones and brand-new trucks we provide our drivers. In an attempt to make sure our drivers go home safe every day, we use Truce software on our phones to ensure that our drivers conduct themselves according to company policy.”

Truce Software helps companies make the most of the mobile technology their employees depend on. The Truce Mobile App instantly recognizes when an employee is in an area where they need to be protected, automatically blocking access to distracting apps and features when they’re not needed on the job. Truce can be deployed in any work environment to improve the safety and productivity of employees behind the wheel, operating heavy equipment or working in job sites that require more focus, such as construction zones or manufacturing floors.

“This was a cultural change. Its use is mandatory company wide and has become second nature. New people—from day one, are using the software,” says Tedesco. “Drivers are more vigilant in operating vehicles—not only on the distraction side, but they are also more aware and courteous drivers.

Using the software not only decreased the number of automobile accidents but has also decreased the severity of accidents (average claim) by 50% 2018 versus 2019, says Tedesco. “It only takes a second to get into an accident, and when you are not on your phone, you have a fighting chance of correcting a situation.”