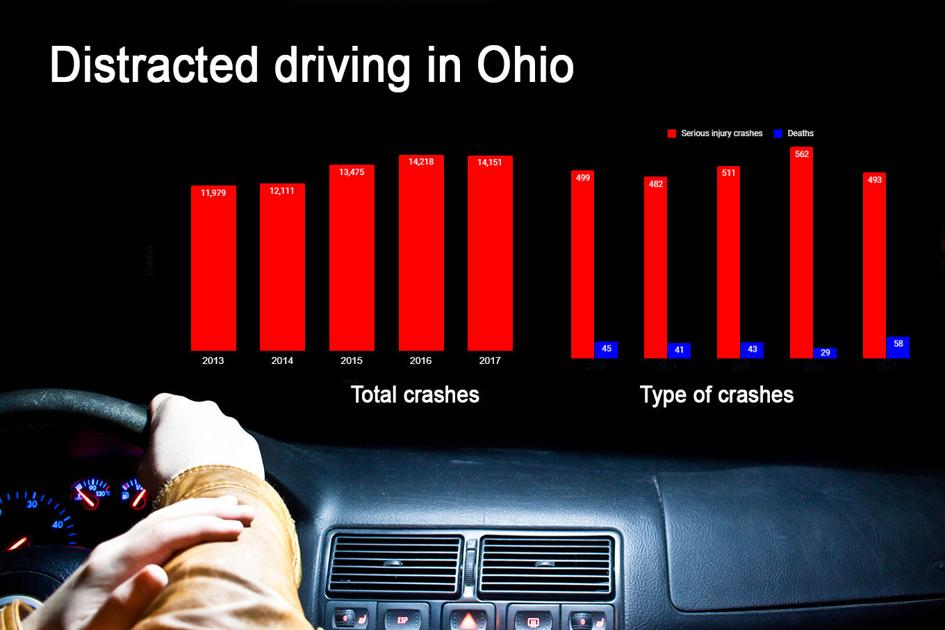 Distracted Driving Awareness Month takes backseat to coronavirus, but concerns remain
Distracted Driving Awareness Month takes backseat to coronavirus, but concerns remain
Source: Ohio Distracted Driving Task Force
Metro Creative Connection
For the past decade, April has marked National Distracted Driving Awareness Month .
This year, however, many organizations involved in spreading awareness are postponing their campaigns to a later date due to the novel coronavirus COVID-19 pandemic.
The National Safety Council said it will observe Distracted Driving Awareness Month at a later, unspecified date in the year. The organization said it is one of several events it is pausing to “ensure Americans are focusing on preventing and stemming the spread of COVID-19."
- Advertisement -
“We are in unprecedented times, and employers look to NSC for safety guidance when it matters most," Lorraine M. Martin, president and CEO of the National Safety Council, said in a statement. "We are intent on ensuring that the information they receive is in line with where their concerns need to be – and that is on taking care of their employees during the COVID-19 pandemic."
Though awareness campaigns might be delayed, distracted driving remains a concern.
The National Highway Traffic Safety Administration defines distracted driving as “any activity that diverts attention from driving, including talking or texting on your phone, eating and drinking, talking to people in your vehicle, fiddling with the stereo, entertainment or navigation system — anything that takes your attention away from the task of safe driving.”
“You cannot drive safely unless the task of driving has your full attention,” NHTSA stated. “Any non-driving activity you engage in is a potential distraction and increases your risk of crashing.”
According to NHTSA, there were 2,841 deaths related to distracted driving nationwide in 2018: 1,730 drivers, 605 passengers, 400 pedestrians and 77 bicyclists.
In Ohio, Gov. Mike DeWine is pushing for a law that would make texting while driving a primary offense. That would allow law enforcement to pull over a driver without first having witnessed another violation.
"The use of wireless devices while driving has become so common that many drivers don't stop to consider the deadly consequences," DeWine said at a February press conference. "Although Ohio's current laws are well-intended, they simply haven't gone far enough to change the culture around using technology behind the wheel. By strengthening Ohio's laws, we believe we can change behaviors, prevent crashes, and save lives."
DeWine was speaking in support of the “Hands Free” bill introduced by Ohio Senators Sean J. O’Brien, D-Bazetta, and Stephanie Kunze, R-Hilliard.
In addition to texting, other actions that would be made primary offenses under the bill include: watching or recording videos; taking photos or looking at images; livestreaming; using apps; entering information into GPS navigation programs; dialing phone numbers; or holding a device for a phone call.
The current distracted driving penalty is a fine up to $150. Under the Hands Free bill, fines would be increased for drivers who “habitually use devices while driving.” In cases where a driver using a device causes serious injury or death, the penalties will mirror those of drunken driving, according to the bill’s backers.
According to Ohio Highway Patrol data, traffic fatalities in the state increased in five of the past six years. Provisional data shows that 2019 second-deadliest year in the past decade with at least 1,157 people killed in Ohio traffic crashes.
“We have no doubt that fatal crashes in Ohio have increased due to smartphone use," O’Brien said in February. "Other states that have enacted hands-free laws have seen significant reductions in traffic fatalities, and I'm confident that our Hands-Free Ohio bill will lead to more responsible driving all over the state."
The bill was referred to the Ohio Senate’s Local Government, Public Safety and Veterans Affairs Committee in early March.
A similar bill backed by Democratic lawmakers was introduced in the Ohio House in January. That bill was referred to the House’s Transportation and Public Safety Committee.