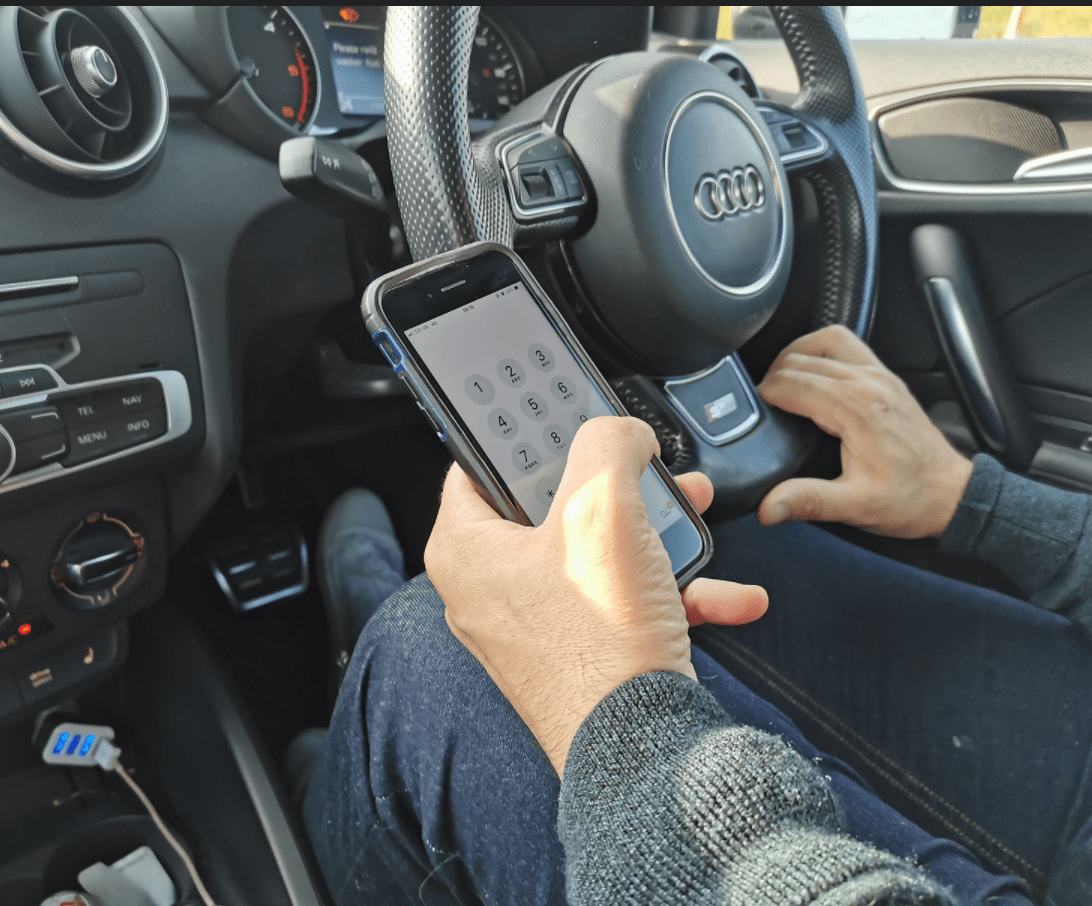 In the five weeks after many states announced lockdown orders on March 16, the data company Zendrive said drivers’ use of cell phones behind the wheel is up 38 percent over pre-lockdown numbers. The number of drivers who exceeded speed limits was up 27 percent, as was hard braking (25 percent) and collisions per million miles (20 percent.)

“As a result, every minute spent on the road is riskier; every mile driven is riskier,” a rep for the company said. (Full report here.)

The data, collected from hundreds of millions of miles of driving, gives a rare insight into driving behaviors during the pandemic — behaviors that are not usually captured by police stats or traffic counters. (One caveat: Zendrive collects data only when companies have integrated Zendrive software into their apps — such as trucking companies that want to know if their drivers are driving safely, or insurance company customers who are participating in a safe driving program. Presumably, this means that these drivers are a little more aware they’re being monitored than the average road users, but it is unclear because Zendrive does not release its client list.)

Here’s a sampling of a few of the most fascinating insights:

Driving is down; mileage is not.

By now, we all know that there are shockingly few cars on our road — but the ones that areout there are traveling further than you’d think. Though driving nationwide is down by about two-thirds, a sampling of Zendrivers recorded only a 16 percent dip in total miles driven.

Now, Zendrive is incorporated into e-taxi apps for Uber and Lyft drivers, and those guys drive a lot (more on that in a sec), so that number might be higher than actual nation. But it still points to troubling potential trend thatcould suggest, for instance, that we’re shopping more in quarantine, whether in person or online — yes, delivery truck drivers have apps on their phones that use Zendrive, too. Zendrive showed a particular spike in mileage on March 16, when the first national guidelines about social distancing came down from the feds; the authors of the report speculated that the spike “likely correlated to the population’s preparation and errands ahead of staying home for an unknown length of time.”

Yes, really: the unlucky pedestrians of Alabama, Mississippi and South Carolina have had to contend with drivers taking longer trips than they did before the lockdowns. Maine, Missouri and Nevada experienced milage dips of less than 5 percent.

…And the ones that are driving less are not where you might think.

It’s no surprise that states with at least some sustainable transportation networks would have experienced a serious shift away from driving, so New York, New Jersey, and California’s place on the list of states that have reduced mileage the most isn’t a shocker. But the other two in the top five are a bit of a head-scratcher: ultra car-dependent West Virginia, and mostly-car-dependent Michigan. (We see you, transit-rich Ann Arbor.) We’d welcome your theories about why they made this list in the comments.

No surprise: rideshare companies aren’t doing so hot right now. Total trips were down 60 percent in the five weeks since lockdown orders commenced, and the number of individual drivers were down 61 percent, too.

…But the e-taxi drivers who remain are driving a lot.

The drivers who have decided not towrestle with the wildly unreliable unemployment system and just tough it out in the gig economy through COVID are apparently driving a whole lot more. The average number of trips per rideshare driver was up 115 percent, and workers drove over twice as many miles as they did pre-pandemic. Our guess: the app’s demand-based pricing algorithm is probably shorting the cost of each ride, which means drivers are having to go twice the distance just to make ends meet.

Yep, we’re all getting food delivery.

It’s definitely not DiGiorno: car-based food delivery trips were up almost 19 percent, though the number of distinct delivery drivers making those trips was only up 2 percent.

That means two things: 1) that we’re not doing a very good job of investing in safer, non-auto-based delivery options, like bikes, nevermind the infrastructure to keep those workers safe, and 2) that you should probably tip your pizza guy big next time, because he’s probably overworked.

At least we’re supporting our local restaurants: the average miles per delivery trip was actually down 14 percent. You go, corner burrito spot!

About that cellphone use…

Drivers in San Diego, Los Angeles, Seattle, Chicago and Columbus, Ohio (uh, go Buckeyes?) have increased speeding the most, according to the data. San Diego and LA were joined by San Francisco, Jacksonville and Memphis on the list of cities whose drivers are using their cellphones more behind the wheel.

Take this data as you will, but literally anything your city could do to curb dangerous driving would be better than nothing — even when the pandemic subsides. So let’s get to work.