Most parents say they drive distracted. Are you one of them? 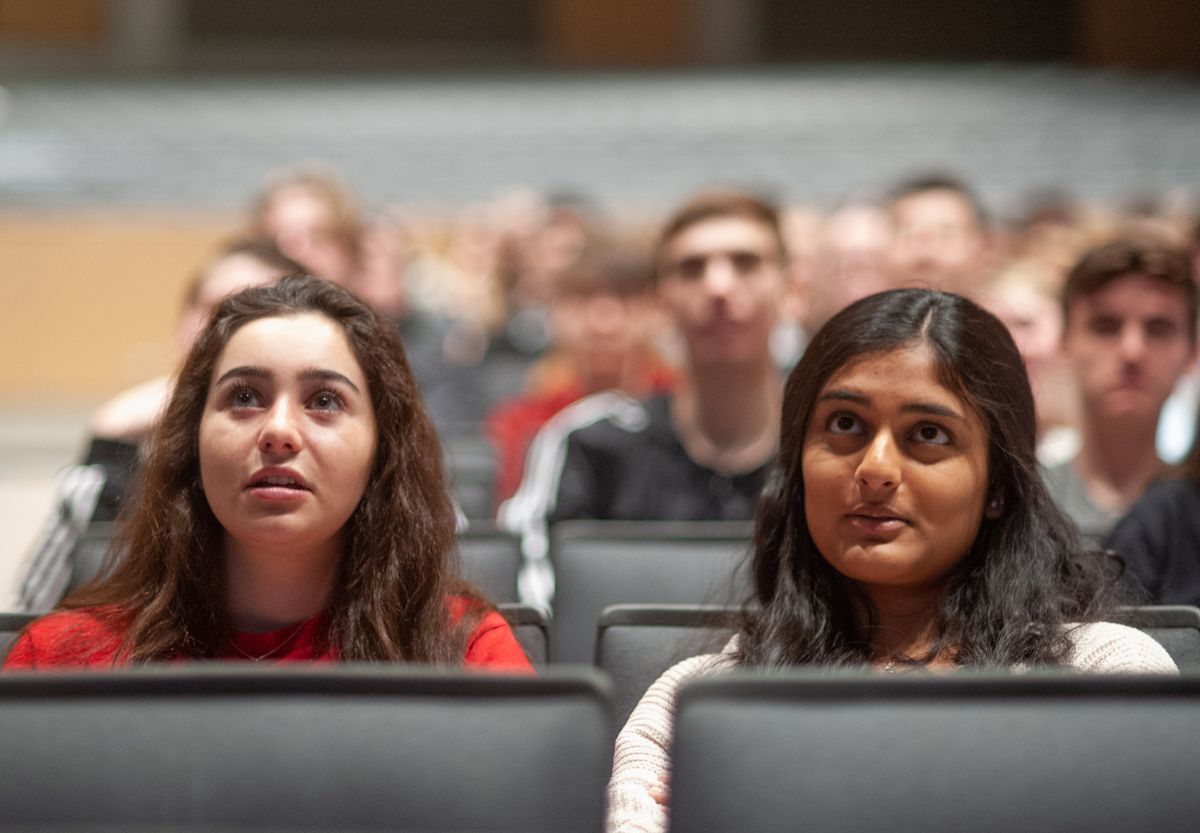 Most parents say they drive distracted. Are you one of them?
by Justine McDaniel , Updated: May 14, 2019
Kelly Roland (left) and Jill Shaw, both 17, listen as Joel Feldman, whose daughter was killed by a distracted driver 10 years ago, speaks with students about the effects of distracted driving at Pennridge High School in Perkasie in April.
William Thomas Cain
Most parents — whether they’re millennials or older — use their phones while driving, according to a survey published this week. Nearly 70 percent of the parents questioned in the study said they had read a text message while driving within the previous month, and more than half had written one while behind the wheel.
Researchers at the Center for Surgery and Public Health at Brigham and Women’s Hospital in Boston wondered whether millennial parents, age 22 to 37, had different texting and driving habits from older Americans with children. The study of 435 parents showed that cell phone use while driving remains a problem for parents across generational lines.
Related stories
N.J. again cracking down on distracted driving. In Pa., not so much.
“Sometimes it’s studied as a problem of teenage drivers or presumably ‘dangerous’ drivers, and what you see is that actually, if you look at parents, even nonmillennial parents, most people are doing this at least some of the time,” said Regan Bergmark, one of the authors of the research letter.
Distracted driving is seen as “a potential underlying cause” of traffic fatalities, said the research letter, published Monday by JAMA Pediatrics , a journal of the American Medical Association.
54 percent
of parents said they believe you can never safely text and drive
Get the news you need to start your day
Sign Up
Inquirer Morning Newsletter
Most Americans say you shouldn’t ever use a phone while driving, but most also say they engage in some type of unsafe driving behavior, according to polls by AAA. Today, people not only talk and text on their phones but increasingly take video, use social media, or write email.
Fifty-four percent of parents said they believe you can never safely text and drive; 46 percent said they thought it was OK rarely, some of the time, most of the time, or always.
Experts agree that it is always dangerous: Looking down at your phone for five seconds while going 55 mph is the same as driving the length of a football field without looking.
“People generally know that this is not a safe behavior,” Bergmark said. “This is not just an issue of educating people that distracted driving is dangerous; it is much more an issue of actually finding a solution people find acceptable. Like we’re supposed to be reachable, right, all the time, ... and yet that is not how to be a safe driver.”
54 percent
of parents had written a text while driving in the last 30 days
More millennial parents than parents over 37 said they read texts in the car, but both groups reported writing texts with equal frequency.
But two-thirds of parents said they use their phones less when their kids are in the car, and more than half said they are safer drivers in general if their children are passengers.
One Philadelphia-area safety advocate is looking to harness kids’ power to curb adults’ risky behavior: Joel Feldman, a Delaware County man who founded endDD.org after his daughter was killed by a driver using a GPS in Ocean City, N.J., in 2009, is working with Safe Roads Alliance head Emily Stein to create an elementary school teaching unit about distracted driving.
67 percent
of parents said they use their phones less when their kids are in the car
They believe that kids could help break parents of the habit of using their phones in the car by reminding them to drive safely. They hope to launch their curriculum, free to teachers online, in January.
Other prevention tools include phone-locking apps and intervention from doctors. Just 22 percent of parents said a pediatrician or nurse had asked them about texting and driving, and one-quarter of the parents said they used an app or phone feature aimed at reducing distracted driving.
Those tools — like the iPhone’s “Do Not Disturb While Driving” mode — have been found to reduce how often users pick up the phone in the car.
“It’s really an opportunity to prevent real tragedies from happening,” Bergmark said. “I hope that when people read this, they actually go to the trouble of downloading an app ... to prevent texting and driving, or turning on their iPhone ‘do not disturb’ [mode] while driving."
Posted: May 14, 2019 - 3:51 PM