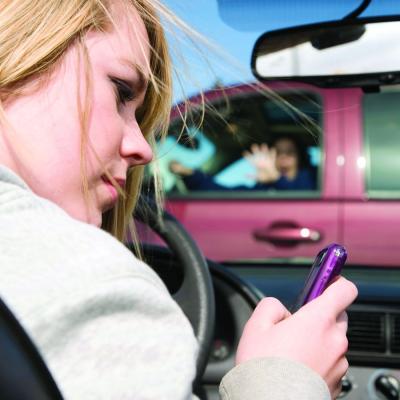 While car crashes are still the leading cause of death among adolescents in the United States, the expansion of state laws restricting cell phone use or texting while driving has pushed down death rates for teen drivers, a study has found.

However, the researchers wrote that the type of law and the manner of enforcement bear on how much teen road deaths are reduced.

In an article published in Pediatrics, Michael R. Flaherty, DO, of Harvard Medical School and Massachusetts General Hospital in Boston, and colleagues used data from the Fatality Analysis Reporting System, a national database of motor vehicle deaths in the United States, to identify 38,215 fatal crashes nationwide involving teen drivers from 2007 to 2017.

During that same time period, in which a majority of states began to adopt some form of “distracted driving” legislation prohibiting texting or all handheld cell phone use, fatal crashes involving 16- to 19-year-old drivers decreased from 30 in 100,000 persons to 19 in 100,000.

Under primarily enforced laws – those that make texting an offense for which police can stop and cite a driver – 16- to 19-year-old drivers saw a 29% lower driver fatality rate, compared with those living in states with no texting laws (adjusted incidence rate ratio, 0.71; 95% confidence interval, 0.67-0.76).

Importantly, state laws limiting texting and cell phone use had to apply to drivers of all ages to be protective, the investigators found. Laws banning cell phone use only among novice drivers, which have been adopted in many states, were not seen lowering teen driver fatality rates. At the time of this study in 2017, “40 states had primary enforcement texting bans, 6 states had secondary enforcement texting bans, 34 states banned all cellphone use for novice drivers, and 12 banned handheld cellphones for all drivers, they reported.

Dr. Flaherty and colleagues noted that their study was the first to look in detail at the effects of anti–distracted driving laws on teen drivers specifically. They noted among the study’s limitations that the database used did not capture nonfatal accidents, and that the findings could not be adjusted for social or technological changes such as alcohol use trends among teens or safety improvements to cars.

In an accompanying editorial, Catherine C. McDonald, PhD, RN, and M. Kit Delgado, MD, of the University of Pennsylvania, Philadelphia, along with Mark R. Zonfrillo, MD, of Brown University, Providence, R.I., wrote that the findings show “reducing adolescent [crash] fatalities is not just about targeting laws to the adolescent drivers who are at elevated crash risk but also the other drivers who share the road with them.”

“The basic concepts related to eyes on the road, hands on the wheel, and mind on the task of driving are fundamental to driver safety. There is no one cause to pinpoint for adolescent motor vehicle crashes because there are multiple contributing factors, including inexperience, maturational development, and risk-taking.” they wrote.

Noting that nearly half of high school–aged drivers acknowledge texting while driving, the editorialists argued that most states still had room to “refine existing laws or implement new laws” to help reduce fatalities associated with adolescent drivers. “In the meantime, other technological and behavioral approaches may be needed to encourage adolescent drivers to act in their own and society’s best interests and comply with the law.”

Dr. Flaherty and colleagues declared no external funding for their study or financial conflicts of interest. Dr. McDonald, Dr. Delgado, and Dr. Zonfrillo declared funding from the Eunice Kennedy Shriver National Institute of Child Health and Human Development related to their editorial and no relevant financial disclosures.