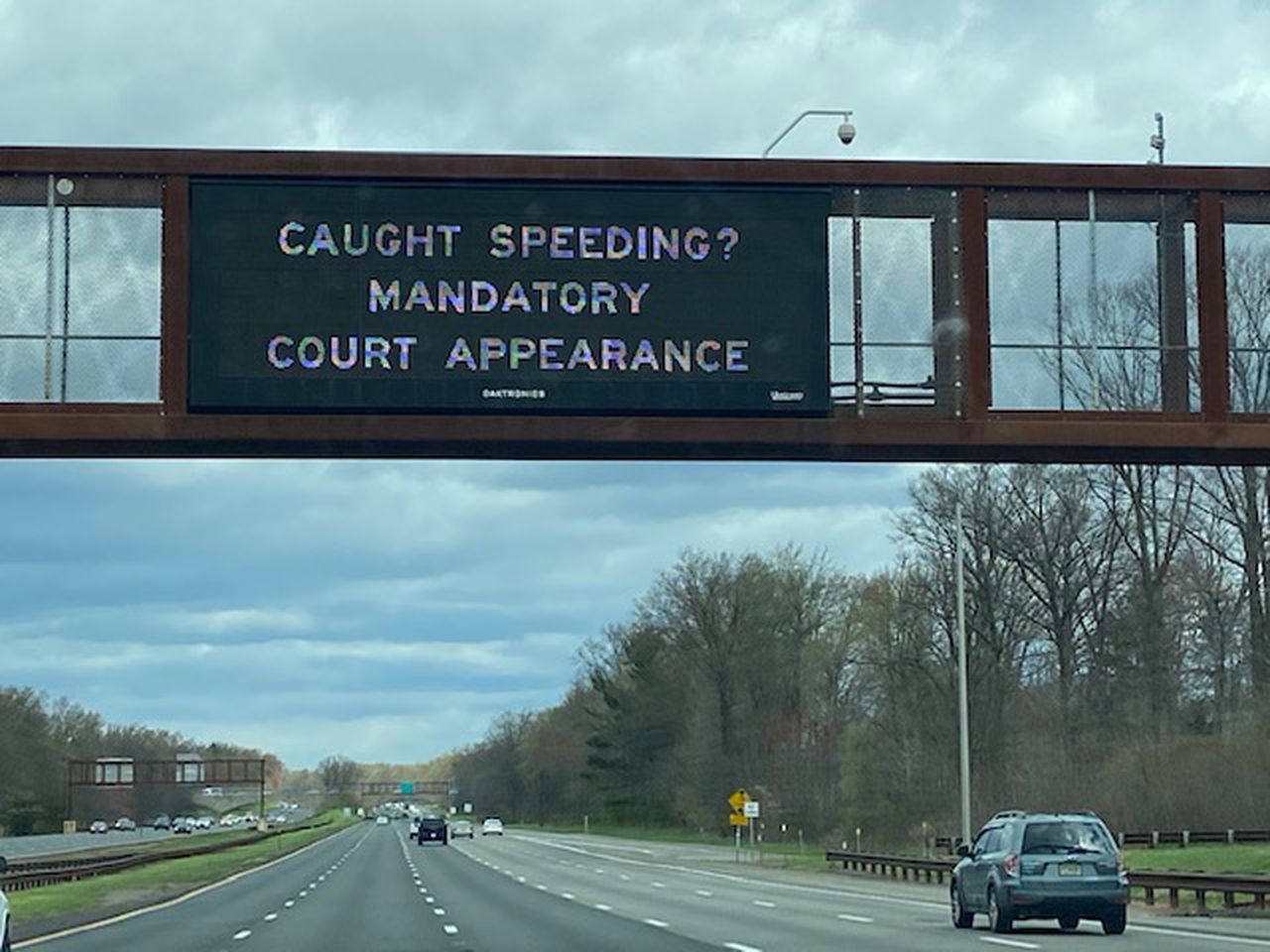 With roughly two-thirds of the pre-coronavirus traffic gone from New Jersey highways, the open lanes are apparently too inviting to drivers who want to set their own little land speed record.

“We are seeing a lot of heavy-duty speeding across the country. We’ve heard it from law enforcement, people doing 20, 30 and 40 mph over the limit and speeds over 100 mph,” said Pam Shadel Fischer, a Governors Highway Safety Association senior director. “There is a sense that because of COVID-19, law enforcement is diverted. They are still enforcing the traffic laws.”

State Police Superintendent Col. Patrick Callahan used one of Gov. Phil Murphy’s press briefings to report the high speed pursuit of a driver traveling in excess of 100 mph on I-80, who later turned himself in at the Totowa barracks.

In New Jersey, evidence of drivers turning highways into their own NASCAR tracks is anecdotical at best, police said.

It was a topic for discussion at a virtual meeting of the New Jersey Traffic Officers Association, said retired Sgt. Richard Maxwell, association executive director

But there might be one telltale statistic - comparing the number of fatal crashes in the state, as reported by the state police, to the 62% drop in highway traffic, Maxwell said.

“If traffic is down 62%, the percentage of fatal crashes should drop,” he said.

But an analysis of what caused those fatal crashes won’t be known until after the data is analyzed for all of 2020. Traditionally, distracted driving, driving under the influence and speeding are the top three causes of fatal crashes in past years, according to the State Police fatal crash analysis.

“We don’t have the data to say (speeding) is more prevalent. There are drivers who think they can take liberties… it won’t be ignored,” said Major Brian Polite, a State Police spokesman. “Don’t think for a minute that we are not enforcing speed violations.”

Some municipal courts returned on May 11 by phone or video conference.

Enforcement hasn’t been easy in a state that was one of the early epicenters for the coronavirus.

But Polite said police are enforcing speed laws, even as it carries its own risks of personal contact with an asymptomatic driver for officers. The problem is with social distancing during a traffic stop, Polite said.

“We try and do our best to protect troopers,” he said. "We don’t want unnecessary interaction that can be avoided.”

Speeding tickets issued statewide in the first quarter of 2020 shows a drop as traffic declined due to nonessential workers being told to stay home.

Police issued 33,904 speeding summonses from January through April this year, according to the state judiciary. That was down from 54,187 speeding tickets issued for the same time period on 2019.

The effect of COVID-19 started to be seen in March, when 6,626 were issued, down from 13,527 speeding tickets written in March 2019. That plummeted to 561 tickets issued statewide in April as the coronavirus outbreak peaked. By comparison, police issued 13,523 tickets in April 2019.

“Our message is don’t be selfish and slow down,” Fischer said. “The health care system is stressed. Let doctors and nurses deal with the pandemic, not a crash because someone drove at an unsafe speed.”

Please subscribe now and support the local journalism YOU rely on and trust.

Larry Higgs may be reached at lhiggs@njadvancemedia.com.