How Do We Stop Phones from Distracting Drivers? Ask An Expert 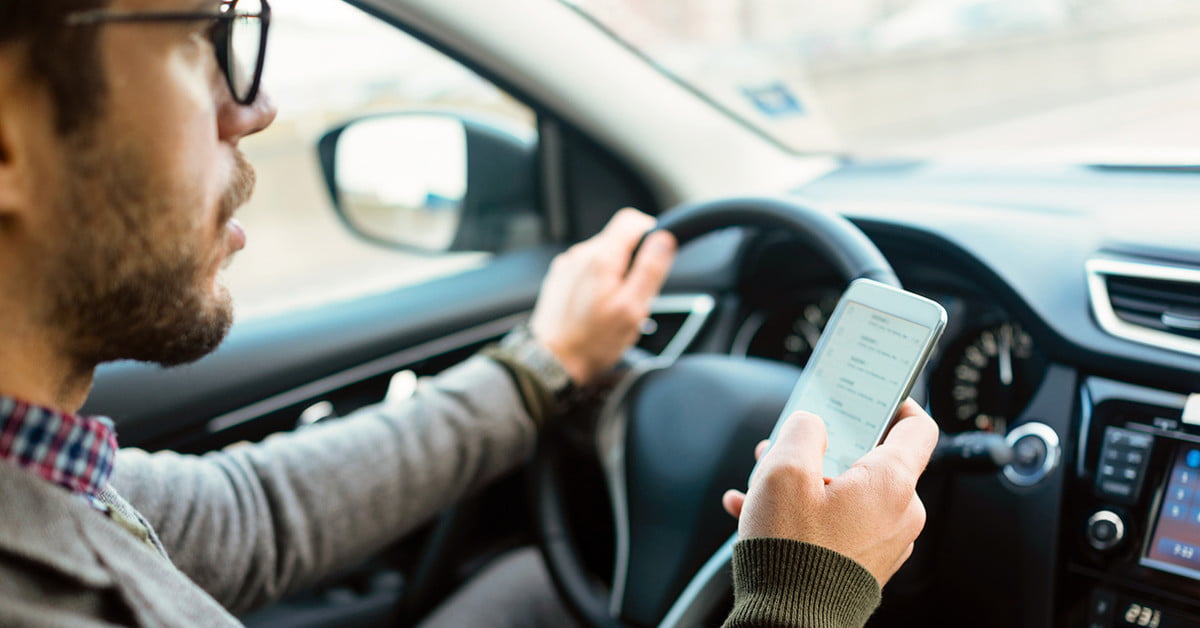 While smartphones have enriched our lives in many ways, their ability to command our attention can also cause serious problems. In the U.S., nine people are killed and more than 1,000 are injured every day in crashes involving a distracted driver, according to the (NHTSA). Many of those distractions are caused by smartphones and other aftermarket car accessories.

Although texting and emailing were seen as the most serious threat, 44.9 percent of the people surveyed admitted they had read a text or email while driving in the past 30 days, and 34.6 percent admitted typing or sending one.

“There’s such hypocrisy about distracted driving,” Joel Feldman, a Philadelphia attorney and founder of the told Digital Trends. “Most people don’t want others doing it but think they can handle it themselves.”

A part of the problem is people may answer an email or text they consider to be urgent while driving and because they don’t have an accident, they think it’s safe to do again. Feldman freely admits he used to be a distracted driver — texting, emailing, and even eating meals in the car.

“That changed in July of 2009, when my 21-year-old daughter Casey was killed by a distracted driver,” he said. “She was walking across the street on a beautiful summer’s day, going to her summer job. It was broad daylight and a 58-year-old man reaching for his GPS took his eyes off the road, went through a stop sign, and hit her. He said he didn’t see her.”

At first, he was angry, and he blamed the driver, but after a couple of months it dawned on him that he had often driven distracted himself. The scale of the distracted driving problem is a difficult one to get a handle on.

“We don’t have a blood test for distracted driving,” Feldman said. “Often times the police don’t know the cause of a crash.”

People may not want to admit their attention wasn’t where it should have been. We aren’t always conscious of just how much attention our smartphones demand.

“Distracted driving remains a major traffic safety problem,” Jonathan Adkins, executive director of the (GHSA), told Digital Trends. “ finds that more people are now using their phones for texting, apps, emailing, etc. behind the wheel, rather than just talking on the phone.”

It takes between four and five seconds to read a text. If you’re traveling at 55 miles-per-hour, then you can cover the length of a football field in that time. You shouldn’t need a to tell you how potentially dangerous that is — just imagine closing your eyes behind the wheel for that long.

Many people suggest they only text when stopped, which is obviously preferable, but the idea that it’s safe to use your phone at a red light or when traffic slows to a crawl is debatable. When you’re thinking about something else, your mind is not on the task at hand.

There have been a few attempts to come up with a technological solution. Apple introduced its Do Not Disturb While Driving feature in iOS 11. You can turn it on via Settings > Control Center > Customize Controls > Do Not Disturb While Driving. It automatically detects when you’re driving and prevents most notifications from showing up and distracting you, but still allows you to use navigation apps. If you try to use your iPhone while the car is in motion, you’ll have to tap I’m Not Driving to turn it off.

“I think it’s a really good thing,” Feldman said. “It helps us to avoid the temptation to use our phones while driving.”

We contacted Apple to ask how many people use the feature, but the company won’t disclose that data. However, 89 percent of iPhones , which gives them access to the feature.

A , makers of the , suggested that 80 percent of EverDrive users had adopted the feature and that phone use among drivers with the feature turned on decreased by 8 percent.

While there’s no direct equivalent on Android devices, you can always install an app like to get similar functionality. You can get a report on how safe a driver you are from apps like Mojo (, ) and DriveWell (, ). Google also recently brought app (on both iOS and Android), which allows you to use various voice controls to use your phone instead of having to pick it up.

Insurance carriers are also starting to incentivize people to drive safer, offering discounts on premiums for safe drivers who agree to some form of monitoring (usually an app).

Car manufacturer Nissan weighed in with something called , a box designed to block your smartphone signal, so it couldn’t distract you while you were driving. While the intention is good, completely blocking phones may be a step too far for most people.

There’s another big issue that has to be addressed when it comes to phones causing distracted driving — the law. In the to hold a phone while driving. But that’s only true for in the U.S. Perplexingly, it’s illegal to text and drive in 47 states, but you can legally hold your phone and drive in most of them. If you’re a traffic cop, how do you differentiate between texting and using an app or another legal action?

“Successful enforcement is one of the biggest obstacles to curbing the issue of cell phone distraction,” Adkins said. “Handheld bans are the most enforceable type of law as they eliminate the loopholes we tend to see with texting-only laws. With a ban only on texting, drivers can claim they were manipulating their phone to use an app or dial a call, which makes it difficult to identify texting drivers or ensure the ticket will hold up in court.”

The GHSA is urging all states to adopt handheld cell phone bans, but it’s an ongoing battle.

Feldman agrees the law needs to change, but he’s also committed to going out there and talking to people. In the aftermath of Casey’s death, the police invited him to talk about the dangers of distracted driving at public events, but he wasn’t sure that what he was doing was actually effective in changing people’s behavior.

Feldman reached out to the Children’s Hospital of Philadelphia, and they worked together to design and test a program capable of changing attitudes. Feldman has since spoken to thousands of teens and adults across the country and he has found an interesting difference in their reactions to this issue. As a part of his presentation, he usually shows a video of a distracted bus driver and then asks for thoughts.

“The adults say it’s risky and dangerous,” he said. “The kids say it’s disrespectful, selfish and irresponsible. I never hear those words from an adult.”

This issue of respect is key. Feldman hopes that texting while driving will develop the same kind of stigma that drunk driving has. The idea that friends don’t let friends drive drunk has really caught on with younger generations, and it’s not considered unusual to wrestle keys away from someone if they’re over the limit. Why can’t people challenge distracted drivers who text while behind the wheel in the same way?

He wants to teach elementary-aged kids about the dangers of distracted driving, and encourage them to question their parent’s behavior, because there’s evidence this kind of approach can be much more effective than talking to habitual distracted drivers directly.

“If you put a kid in the car and you don’t put their seatbelt on, they go ballistic, because they’ve been taught about it,” Feldman said. “Smoking and recycling are two other issues where nag power from children can impact adult behavior.”

If you’d like to learn more or get involved, then the is an excellent place to start.