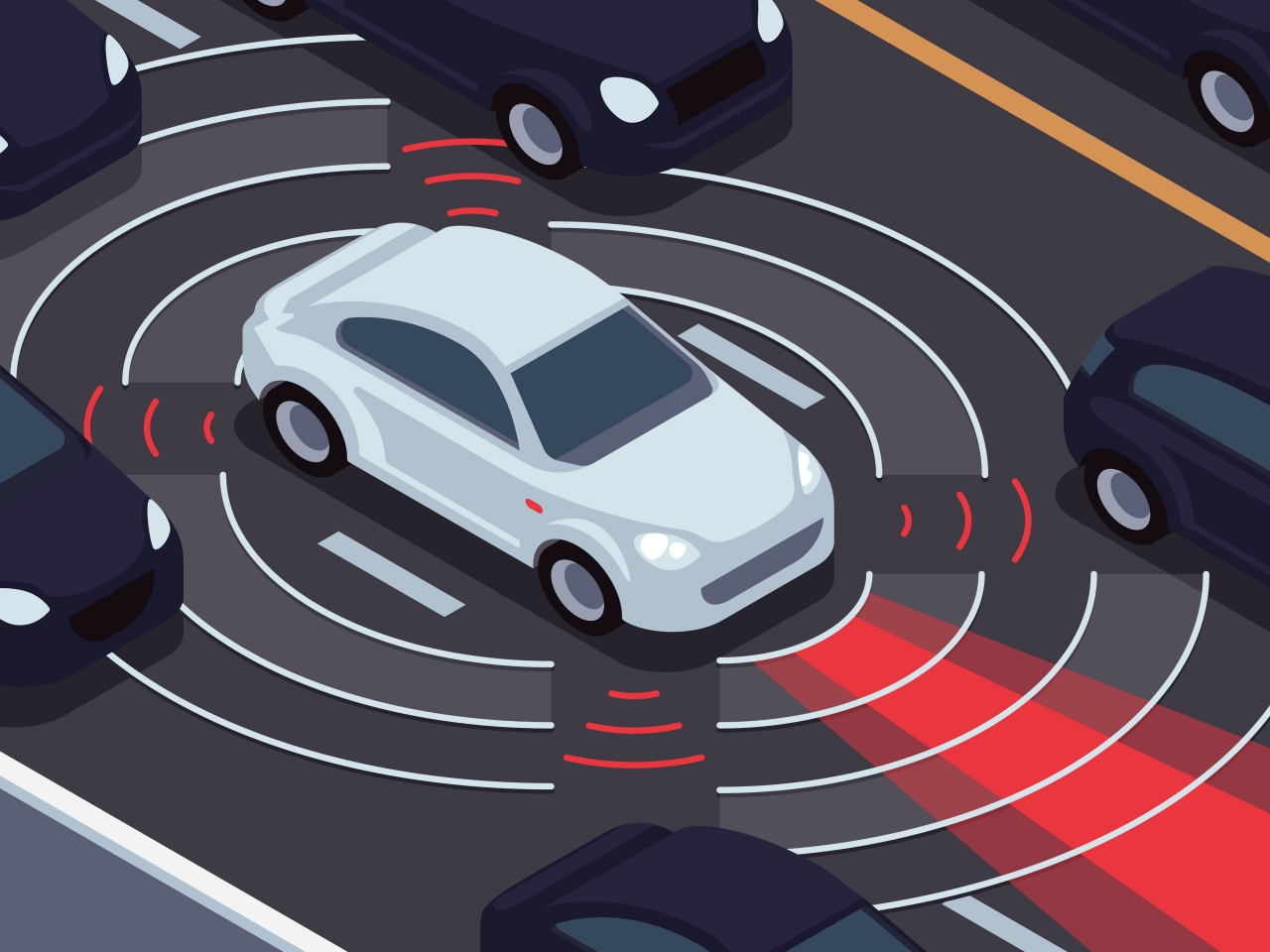 The fleet management industry has seen an evolution in recent years centered on information technology (IT) and vehicle data. With the advent of telematics devices and vehicle tracking systems, fleet managers are utilizing IT more than ever. The statistics provided by these tools can be used to reduce vehicle downtime, keep up with preventative maintenance, improve driver safety, make informed decisions when selecting new vehicles, and more.

NAFA Regular Member William McCarty, Director, Office of Budget & Management for the City of Springfield, Ill., said that his team uses vehicle data for maintenance intervals and diagnostics, as well as the effective deployment of equipment and staff.

“Optimizing our preventative maintenance scheduling is obvious, and yet, prior to a relatively recent upgrade to our systems and data capturing capabilities, preventative maintenance scheduling was largely a manual process. As for a service delivery example, we’ve been able to utilize telematics data to optimize the deployment of equipment for snow plowing.  The result is vastly improved efficiency and performance, as well as increased citizen satisfaction.” Responsible for some 10,000 vehicles, NAFA Regular Member Robert Martinez, Deputy Commissioner for Support Services for the NYPD, said that he and his team utilize a proprietary process called FleetStat to better manage their vehicles. This method employs the same model as CompStat, which was also developed by the NYPD to increase efficiency and maximize resources with regard to stopping crime. “We have 13 different shops, and then there are three to four different shops per district,” Martinez explained. “We have FleetStat meetings where we look at the out-of-service rates of each of the commands. We also look at the number of vehicles that are waiting for parts, as well as our personnel records that show how much sick time people are taking.” By utilizing this system, Martinez said that NYPD is also able to prioritize certain vehicles in the fleet. For example, he explained that the 1,800 units that comprise the fleet’s emergency response vehicles “are the most critical because they’re the first vehicles dispatched when someone calls 9-1-1. We’re able to make them a priority at the shop and look at their out-of-service numbers separate from the rest of the fleet.”

While access to this technology and information can be highly beneficial for fleet operations, vehicle data has become a hot-button issue for fleets because of the ownership and liability concerns that can go along with it. The issue of data ownership can get a bit technical when there are multiple parties involved, such as fleet management companies (FMCs), vehicle manufacturers, and the organization running the vehicles. NAFA FLEETSolutions spoke with an attorney (requesting anonymity due to relevance of these issues to the attorney’s clients) whose practice focuses on these matters and obtained the following insights.

A fact pattern was posited by the attorney where a company owns, rather than leases, its vehicles. In that situation, contract law likely determines who owns the data generated by the vehicles. Under the law in most states in the U.S., the agreement between the company that purchases the vehicles and the OEM it purchases them from will identify the data the vehicle collects, and who has certain rights to it, including the right to access it and to use it for specific purposes.  The contract documents provided to vehicle purchasers generally contain disclosures about the data the vehicles collect, what is stored in the vehicle, what data the OEM has access to, their position about who owns the data, and what rights the purchaser and the OEM have with respect to the data, according to the attorney. With that said, if a company outsources its fleet responsibilities to an FMC, then under the law in most states in the U.S.,, in the absence of an agreement to the contrary, the data would likely belong to the vehicle owner. This is because the FMC would be acting on behalf of that company, the attorney noted. The contract through which the company hires the FMC would likely make clear that the FMC has no ownership rights with respect to the data; that it is simply collecting and handling the data as part of its contractual duties to the vehicle owner in order to carry out its responsibilities under the contract; and that the vehicle owner has the right to get access to the data when it wants. “This is a major topic simmering in the world of vehicle ownership, not just for fleets, but also private consumers,” said McCarty of data ownership. “I expect it to begin escalating in the next few years.”

In addition to who owns the information collected, the question of which parties are liable in the event of a crash also presents itself. Just because fleets have access to data on things like service history and driver records does not necessarily mean they will act on that information. In the event of an incident, this could potentially lead to legal trouble. Depending on the specific facts of the incident, according to the attorney, a company that owns a fleet of vehicles could have liability under a theory of negligent supervision if it could have accessed data from or about one of its vehicles that would have shown that the driver was possibly impaired or driving erratically, or that the driver or the vehicle shouldn’t have been on the road. The organization could also potentially have liability if it is shown to be in possession of that data but chose not to monitor or review it, and that driver and/or vehicle causes an accident.

In this scenario, depending on the facts of the incident, a company that owns a fleet of vehicles could potentially be found to be negligent or reckless if it could have had access to data showing that one of its vehicles wasn’t maintained properly or was in an unsafe condition, the attorney warned, and either chose not to get access to that data, had the data and didn’t monitor or review it, or reviewed the data but didn’t take action based on the data, and the vehicle causes an accident. Martinez also explained that courts typically like to see historical data for vehicles that are involved in accidents. The NYPD has a policy in place where it saves the information recorded from a vehicle’s event data recorder (or “black box”) so that it is prepared in the event of a lawsuit. “We started a policy two or three years ago because our legal people were telling us that judges wanted to see as much data and information for every vehicle accident as possible,” he stated. “So now, for any vehicle that has more than $2,000 worth of damage, we download the event data recorder even if the airbags didn’t go off, just to show that we had a negative report. We also put a whole package together on the accident report.”   These reports, he explained, are stored electronically and include things like photos of the vehicle, as well as information on the repair, if repairs were necessary. This way they only need to look up the accident number, should lawyers require information on a specific incident.

Just like with anything else stored on a computer server, it is very important to make sure the proper security methods are in place to protect any sensitive information. “We have some of the best in the world,” said Martinez of the NYPD’s data security protections. “We get around 80,000 attempts a day to hack our network. About 75 percent of those attacks are coming from China. So what we do with our fleet data, which is different from most, is include it on our main network. We don’t use third-party servers for anything,” he explained.

“We have 60 fueling locations in our system, and we found that the security (for the fueling network we were using) wasn’t up to our level. Our fuel system has to have our vehicle information, as well as data from our personnel to make sure the person fueling the vehicle is authorized and a current NYPD employee,” Martinez noted. “Our security people felt that a hacker could just hang outside one of our fueling locations and get into our fuel system, so we had to upgrade it to have a much more secure network.” McCarty added that, because he works for a city government, most of the information that his fleet gathers is considered to be in the public domain. “As a public entity, we believe that most data generated from our taxpayer and ratepayer-funded vehicles and equipment is public information,” McCarty explained. “However, we do have an expectation that our providers (telematics, fuel, etc.) supply a level of security within the systems we utilize. Additionally, our IT department employs a high level of security mechanisms to the city network where our asset system and associated data reside.” While it can seem intimidating, confusing, and at times, even unnecessary, the world has become a very data-driven place. But, as with anything new, there are still a few issues to be worked out in the coming years. In the meantime, fleets will need to adjust to this new reality or risk being left behind the technological curve.