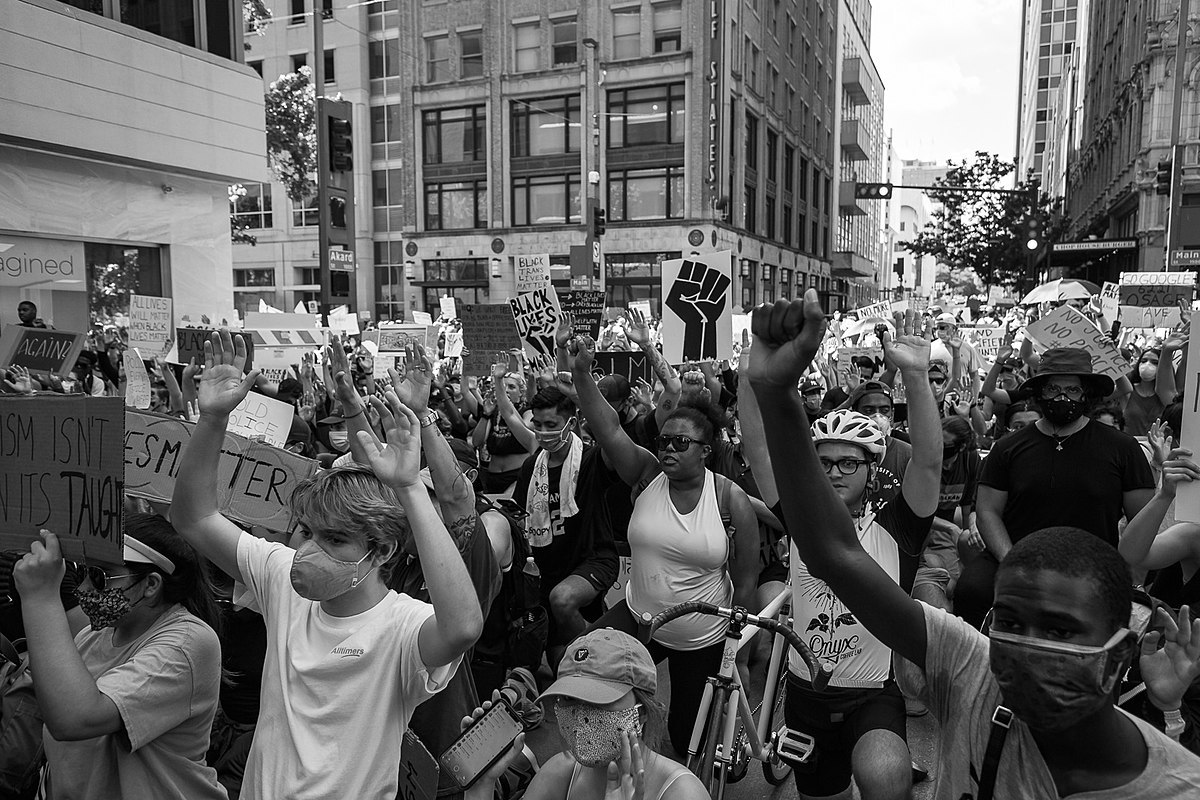 An influential transportation safety organization recommended ways to cut racism from traffic policing — but stopped short of advocating to get police out of traffic enforcement altogether, which anti-racist advocates say is the real key to keeping Black and brown road users comprehensively safe.

The Governors Highway Safety Association — a non-profit which provides guidance on matters of traffic enforcement and driver education to transportation leaders at the state, territory and tribal lands level — issued eight safety recommendations that it says it will advise all of its member organization to follow. The recommendations aren’t legally binding, but because the Association plays a role in administering many federal grants related to enforcement and education programs, they’re likely to have a strong pull with member agencies.

Notably, the Association urged transportation agencies to support “initiatives to collect and report standardized data about race in traffic enforcement,” which many advocates say is particularly crucial to ending racial disparities in enforcement and police brutality. Only 10 states require officers to record the race of the driver during traffic stops, and even fewer require departments to analyze that data and take action to address racial disparities — which the Association is also recommending that states mandate of their officers.

But some of the other recommendations drew strong criticism from activists — especially from those who argue the institution of policing itself is inherently racist beyond reform.

In a release, the executive director of the Association, Jonathan Adkins, restated his support for armed police involvement in traffic enforcement, citing the “proven role of traffic enforcement and the wider criminal justice system to prevent crashes, deaths and injuries.” The association recommended that its members increase investments in “social and criminal justice programs to alleviate law enforcement burdens and prevent recidivism, particularly among impaired drivers,” but did not recommend a commensurate reduction in police budgets.

“We’re really concerned about the ‘Defund the Police’ effort,” Adkins added in an interview. “That would have a drastic effect on highway safety.”

Adkins argues that law enforcement efforts have long been crucial to reducing the roadway death toll, citing the impact of states’ “Click it or Ticket” campaign in the early 1990s, which helped bring seat belt usage rates up from just 15 percent in the late 1970s to over 90 percent today. He also says the beginning of the COVID-19 lockdown — when many police departmentsinstructed their officers to be lenient on “minor” driving infractions to allow officers to socially distance — illustrated the importance of armed officers in traffic stops in promoting safe driving.

“In the early days of COVID, law enforcement wasn’t out, and what happened? We saw a lot of speeding,” Adkins says. “We know what happens when law enforcement is taken out of the safety equation. So we want to continue law enforcement, but we want it to be done equitably. We’re saying, ‘Mend it, don’t end it.'”

But many transportation experts argue that a lack of car traffic itself played a far bigger role in encouraging drivers to speed on wide-open roads during lockdowns, rather than a lack of police presence. To its credit, the Association did recommend that states invest in the development  of “public safety programs or technologies that can supplement” traffic enforcement by cops. But it declined to say that interventions like better road engineering should beso strongly emphasized that they render enforcement “a tactic of last resort in traffic safety efforts,” as the roadway safety nonprofit Vision Zero said when it revised its own position on policing in July.

And some were flat out offended by the Association’s suggestion that police officers are essential to maintaining broadertraffic safety — particularly among those who recognize the disproportionate threat of police brutality and murder faced by Black and other road users of color. The Association released its recommendations on the same day that communities around the nation protested the non-indictment of the Louisville police officers involved in the killing of Breonna Taylor.

“It’s just factually not true that police make our streets safer,” said Tamika Butler, an expert on antiracist transportation reform. “And if you are someone who has to travel through this world in a Black body, like I am, you are keenly aware of the fact that the only things that are ‘proven’ about law enforcement’s ability to keep anything safe applies to the safety of White people.”

Antiracist activists call for replacing armed traffic officers with unarmed civilian services, like social workers — and some have even been successful. Adkins supports their involvement in many instances, but argues they’re not suited to the dangerous work of traffic stops themselves.

“Take a drunk driving stop; we do want social workers involved, especially when there’s an issue of addiction,” Adkins says. “But we don’t want social workers to actually pull over drunk drivers. A lot more drivers in America have guns [than in countries that rely on unarmed civilian traffic forces]; there are hardened criminals out there who get pulled over every day. The Oklahoma City bomber was pulled over for a traffic violation; that’s an extreme example, but it happens.”

Adkins is hopeful that these new recommendations can help fewer traffic stops end in death — particularly for the non-White road users who are most frequently killed in traffic stops. The Association is also encouraging its members to implement officer training programs on “racism, bias, de-escalation, use of force and officer intervention,” as well as enhanced measures to hold police officers accountable when they do kill; it also urges better community engagement with minority and low-income communities, and racially representative hiring practices in police departments themselves.

But activists say allthose strategies have already been tried by police departments across the country — and most research has shown they haven’t consistently worked. And some say that the stakes for non-white Americans are simply too high to experiment with reform any longer.

“I hope that folks realize that you can only reform things so much — and we have to get honest about where we’re investing our money, where we are not investing our money, and the fact that those choices are not working, because Black people are dying,” said Butler. “I understand people’s fears about big words like ‘abolish,’ but the reality is, our lives have never been valued by the policing system. I truly don’t see any other way around it.”