Perform a Death-Defying Act Without Lifting a Finger! 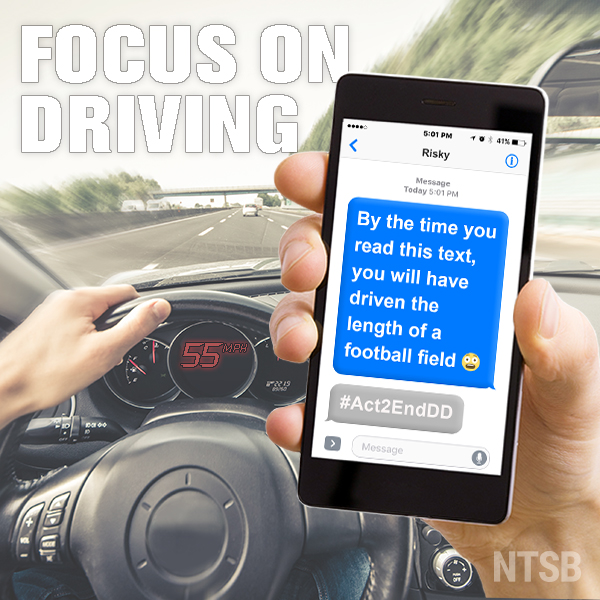 This blog will be short and, to some, a bit brutal. To mark the start of Distracted Driving Awareness Month, let’s have a talk. You’ve heard all this before but stay with me for just a moment.

Can we just stop?

Can we just stop killing and seriously injuring innocent people every day because we aren’t paying attention to the task at hand? A lot of innocent people. Let’s start with the statistics, then move to the human cost.

Every state—except Montana and Missouri—now bans texting while behind the wheel. Despite the many laws aimed at reducing distracted driving, people still do it. The carnage is significant. In 2018, nearly 3,000 people were killed and thousands more suffered life-altering injuries in distracted-driving–related crashes. And those are just the ones that we know about—there are lots of situations in which the police know what happened but not why, and the drivers don’t admit to having been distracted.

The science is clear: humans don’t multitask well. Take your eyes off the road for 3 seconds, and the odds of a crash go up significantly. A naturalistic driving study by the Virginia Tech Transportation Institute found that texting behind the wheel increases the risk of a crash or near crash by as much as 23 times. Don’t believe me? Take a moment and type “be home soon” on your phone. For most of us, it took about 3 seconds to key in that message. With each additional second, the odds of a crash go up exponentially. At 55 mph, a vehicle covers about the length of a football field in 3 seconds and is exposed to multiple hazards: trucks, cars, trees, light poles, bridge abutments, bicyclists, pedestrians. You’re also a threat to everyone nearby. We’ve got the data to back that up.

What’s that? You’ve been texting and calling while driving for years and haven’t had a crash? As Clint Eastwood asks in the movieDirty Harry,“Do you feel lucky?” Your single datapoint means the fates have been kind so far. Consider this: every single driver (and there were thousands just last year!) who has had a distracted driving crash was 100% certain that it wouldn’t happen to them. Luck can only last so long.

There was another useful bit of advice from Eastwood in Dirty Harry, “A man’s got to know his limitations.” So do drivers! Every one of those distracted drivers last year would opt for a do-over if they could. Unfortunately, there are no do-overs. If you’re lucky enough not to be injured or killed because you were driving distracted, you might still be responsible for killing or maiming others. That selfish moment could mean serious jail time or a devastating lawsuit. Is that call or text message so important that it makes sense to risk another person’s life? How about your own life or freedom?

Distracted driving falls into the same category as driving under the influence. Many people used to drive a bit buzzed and think it was OK. Nowadays, the potential for jail time, license suspension, and a lot of cash out of pocket has deterred many from driving after drinking. The thing is, whether it’s impaired or distracted driving, the risks and results are the same. This selfish, voluntary, and unnecessary act can have preventable, deadly consequences.

So, can we just stop? Don’t take the risk; it’s not worth it. It can wait.

Eliminate Distractions is on the NTSB 2019-2020 Most Wanted List.