Texting while driving's impact: 'We collided nearly head on, at 55 MPH' 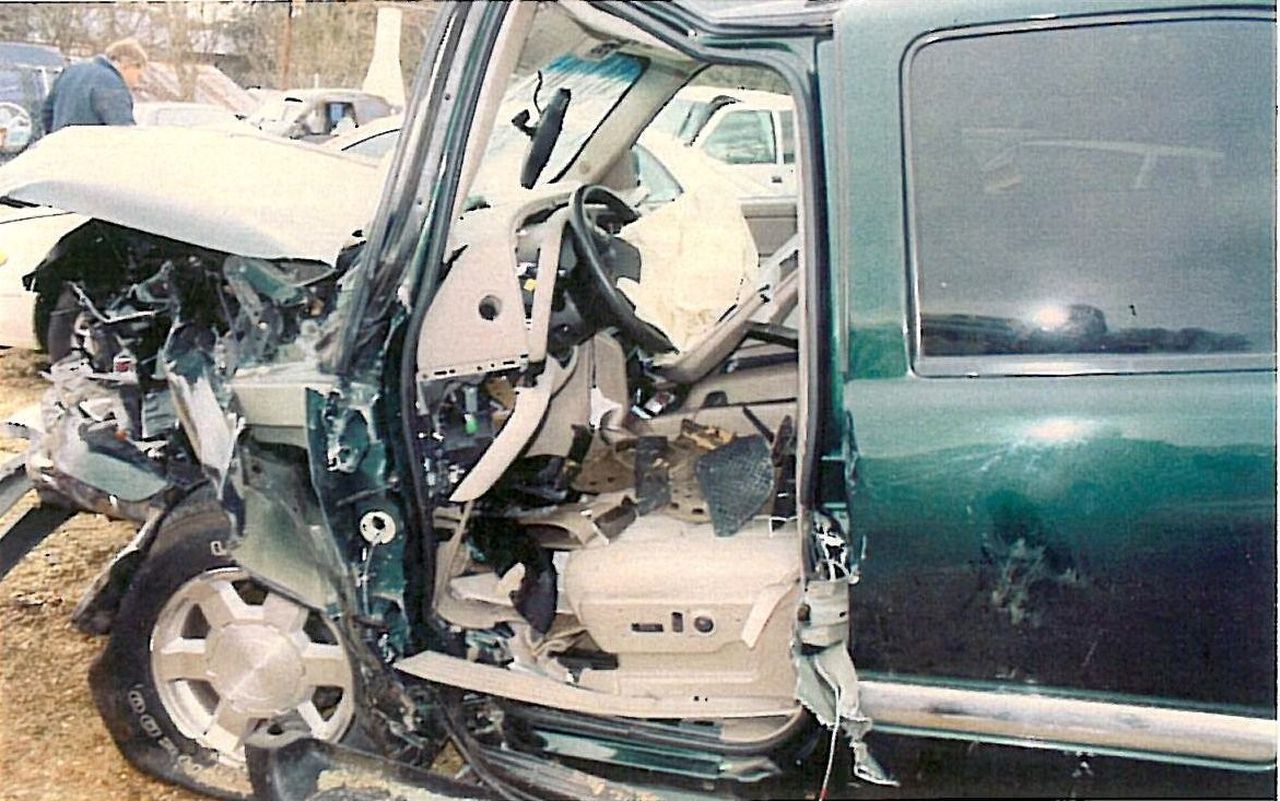 A photograph taken of David Little's car following a crash that took place in December 2008. The driver that caused the crash was texting from behind the wheel.

David Little's life changed forever five years ago, when an oncoming vehicle crashed into his at 55 miles per hour while driving in Morgan County.

The driver that caused the wreck was texting from behind the wheel.

Little's wife and three children, who were in the car with him at the time of the accident, were able to walk away. But Little suffered a laundry list of severe injuries: a dislocated femur, a fractured hip, two broken ribs, a broken collar bone, a collapsed lung and a broken nose.

"It took four nurses to bathe me and to change my bed sheets," Little would write in a personal essay following the event.

is in line with what he sees on the road every day. "Your roadside survey is spot on," he says. "I see this behavior all the time. It drives me crazy."

These days Little frequently appears as an event speaker to talk about the potential impact of texting while driving. "I speak on distracted driving and have become a pretty vocal advocate asking people to just put their phone’s down altogether," he says. (Apart from "a little nerve damage" in his left left, Little has recovered fully from his injuries.)

The full text of the personal essay Little wrote following the crash is included below.

A single moment of inattention can have a profound effect on the lives of many people.  On the night of December 20, 2008 a teenage driver decided to send a text message to his father, letting him know that he was on his way home from church, a reassuring message that he usually sent from the parking lot.

On this evening, he sent that text from his vehicle, as he drove down a rural two lane highway. That one extremely brief moment in time, meant he did not notice the slowing vehicles in front of him, which he rear-ended before coming into our lane of traffic.  We collided nearly head on, at 55 MPH.

The impact pinned me between my seat and dashboard, with both knees under my chin, my feet dangling in midair. It caused a dislocated femur and fractured hip, two broken ribs, a broken collar bone, a collapsed lung and a broken nose and meant 16 days in the hospital.  It took four nurses to bathe me and to change my bed sheets at the same time.

My wife and three children were able to walk away, thankfully, but the lasting emotional scars from the accident are difficult to measure.  That single moment of inattention meant my children had to watch from roadside as I remained trapped, and wait nearly 20 minutes for emergency crews to arrive.  They watched as I was extracted by the 'jaws of life' and placed in an ambulance.  It meant that they would wake-up on Christmas morning without me.

The rest of my family suffered too. That single moment of inattention caused my father to initially think I was dead when my wife, who was very upset, first called him.  It meant I would need a wheel chair and then crutches for over three months and that I would have to live with my parents for eight weeks because my own home was not wheelchair accessible.

I am thankful for my many caretakers.  A wonderful man, a complete stranger, stopped to check on us, and stayed with me while my wife tended to our children.  I can still hear his voice in my head, "Hang on buddy, help's comin'".    Also, the best professionals an injured man could ever ask for practiced their craft on me:  The Cotaco Volunteer Fire Dept., Huntsville Hospital ER and SICU doctors and staff, TOC surgeons, and HealthSouth and Johnson and Hayes therapists, and staff.

Our family discusses "the wreck", once a week if not more.  My children have never forgotten that night, or that time period and loud noises like screeching tires bothers all of us to this day.

I hold no ill-will towards the young man who caused the accident.  He made a mistake, owned up to it, and certainly paid a price in his own right with the knowledge of this.

We are all one event, one illness, one tragedy away from becoming advocates for a cause, and as you might guess, I support tougher laws on texting and driving.

It is my hope that after you read this, you will make a commitment to not text and drive and also talk to your children about it.  They aren't invincible.

Every day, when I drive, I force myself to leave my phone in my console.