Study: Risk Of Death Or Injury Is Greater When Roads Are More Clear 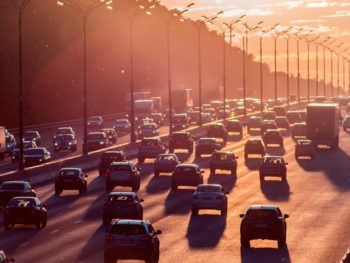 But while there were fewer crashes early on in the COVID-19 pandemic, there were about 50 percent more crashes resulting in a fatality during this time period compared to previous years.

TTI Senior Research Engineer Robert Wunderlich said their study on the effects of social distancing on traffic safety shows the risk of death or injury is greater when roads are more clear.

“With fewer vehicles on the road in April, it makes sense that we had fewer multi-vehicle crashes,” Wunderlich said. “And there is evidence that the relationship is exponential, meaning that decreases in volume can have a greater than proportional effect on crashes. The reduction in single-vehicle crashes is more likely to be proportional to the decrease in traffic.”

Wunderlich’s team found that the proportion of urban multi-vehicle crashes that resulted in a fatality almost doubled.

Wunderlich said two factors affect traffic crashes: exposure and risk. Exposure is the amount of travel, and risk is the chance that travel will result in a crash, injury or death. Because there was less exposure to risk in April with fewer drivers on the road, the number of crashes went down. But fatal crashes only dropped by 20 percent during that period, so the risk of a fatal crash was greater than normal.

Speed is a primary determinant of crash severity, Wunderlich said, with a 10 percent decrease in speed producing 38 percent less fatalities and 27 percent less serious injuries. But excessive speed wasn’t the only culprit for the increase in fatality risk in April, he said.

“For example, we found that peak period average speeds on Houston freeways increased from less than 45 miles per hour to 65 miles per hour,” he said. “So all crashes occurred at higher, yet legal, speeds. But we also found that the fatality risk in single vehicle crashes rose only 10 percent in Texas urban areas and 18 percent on rural roads. This may indicate that excessive speeds are not as big an issue as the increase in average speed.”

Other risk factors for increased fatalities identified in the Texas Strategic Highway Safety Plan are impaired driving and distracted driving. Pedestrian safety is also one of the areas of growing concern in the plan. An examination of fatal pedestrian crashes indicated that the levels of prior years were matched in 2020.

“It’s an issue of how we behave when we’re behind the wheel,” Wunderlich said. “Basically, we reduce our risk when we slow down, pay attention and stay sober. Until we get self-driving cars, the best way to reduce risk is the old-fashioned way: by making safer choices.”