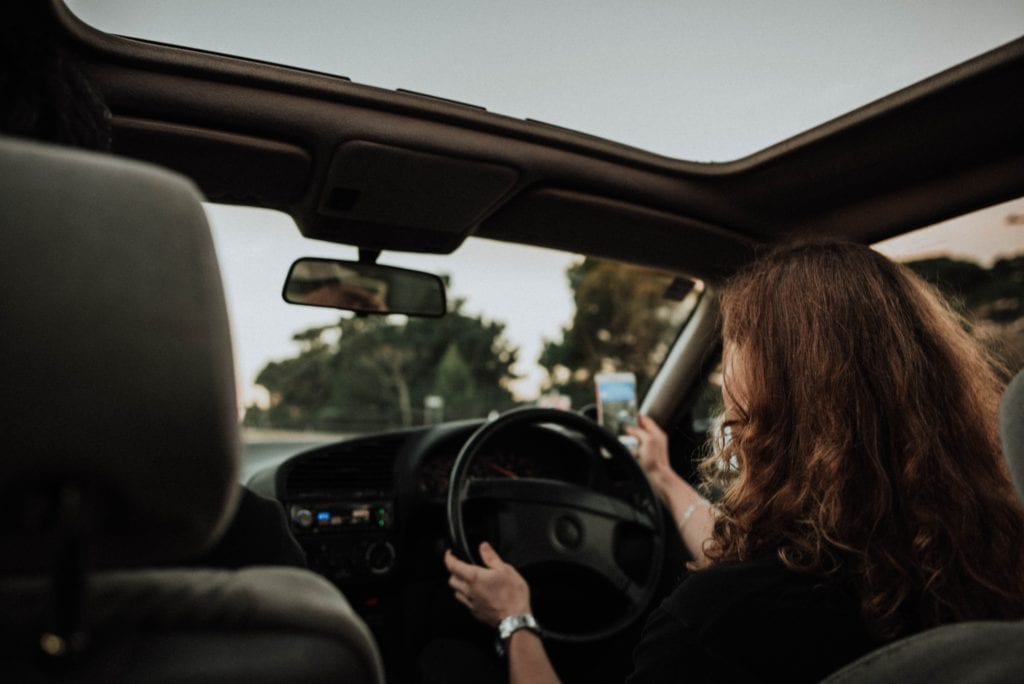 The National Safety Council (NSC) report ‘Understanding Driver Distraction’ finds that evidence proves that distraction can be deadly. It states that actions should be taken to eliminate distracted driving as well as the deaths and injuries it causes. It reports “eight people die every day on our roads in distraction-affected crashes.”

“Our lives are more valuable than any call, email or text that arrives while we are driving,” says Maureen Vogel, spokesperson for the NSC. The council is asking employers, legislators, manufacturers and drivers to take action.

People cannot accomplish more than one cognitively demanding task in the same time frame with optimal focus and effectiveness given to each task. One task is primary and the other is secondary. Even hands-free devices, vehicle infotainment systems and voice commands cause cognitive distraction.

“When you’re in the car, your job is to drive – not to make calls, send texts or answer emails,” says Vogel, “Apps, including navigation systems, need to be programmed while the car is parked – never programmed while driving.”

NSC is calling on vehicle and smartphone manufacturers to make interactive in-vehicle technology simpler and more intuitive for driver attention not to be diverted from the primary task of driving.

In fact, a majority of drivers would use pre-programmed technology to prevent distraction. A recent NSC and Truce survey found that 57% of respondents say that if their vehicle came pre-set with solutions to eliminate distraction while driving, they would not turn the features off.

Jennifer Smith, CEO of StopDistractions.org, is concerned about an increase in distracted driving after the Covid-19 pandemic lockdown.

“During the Covid-19 lockdown people have become even more addicted to their devices because that is how they are relating to the world. That’s how they get to school and work. So, when they get back on the road they are more distracted. It has accelerated the addiction,” says Smith, who lost her mother in a car accident when a driver was talking on a mobile phone.

“It’s very hard to remove the temptation. They do it because it causes dopamine in the brain. They want to see what their friends like and interact,” says Smith.

The organisation has gotten many hands-free laws passed. When Smith talks to legislators, they often comment that they know people whose lives, family and friends have been impacted by distracted driving.

Everywhere people either know somebody or have lost someone to distracting driving. Families should be aware that they can get support and join with StopDistractions.org when they lose their friends or loved ones, says Smith.

TrueMotion Inc. has developed ways to know how people are interacting with their mobile phones through machine learning and watching people driving. It can determine not only the use of smartphones but also identify with high-precision whether the person is driving or a passenger, says Matt Fiorentino, Director of Marketing, TrueMotion Inc.

It provides the data for UBI insurance. Their latest endeavour is the free iPhone Openroad app. The app notifies a call centre when there is a crash. The operator calls the driver to see if the driver is alright and then will send an ambulance or first responder. TrueMotion also offers Family Safe Driving apps showing family member locations and details on how they are driving including phone use, texting and aggressive driving,

“It is very important for teens to see their parents model good driving habits,” says Fiorentino.

To change behaviour, it has to be a constant learning process in which the driver is engaged. Insurance companies are testing different ways to discourage distracted driving distracted such as offering scores, contests, rewards or lower-cost insurance, says Fiorentino. He says the incentives for a 65-year-old man will be different from a 25-year-old woman.

After the pandemic lockdown, there was a significant increase in hard-braking, smartphone use and speeding. The bad habits drivers picked up have not stopped since then.

“Recent driving data from Farmers Signal app, powered by TrueMotion, shows that non-call phone use while driving is up 50 per cent compared to pre-Coronavirus levels,” reports Fiorentino.

“We see fleet drivers under 30 years old are involved in accidents three-times more than drivers who have been driving for years,” says C.J. Muerell, CRO of Motion Intelligence.

Motion Intelligence offers a solution for fleets. A Bluetooth Low Energy (BLE) beacon embedded in a driver ID signalling card that communicates with a smartphone app called Evvy. The employer can monitor the employee through the online MotionIQ management dashboard.

When the driver is in the car with the ID card, the app is activated and will only allow the apps that the employer approves such as navigation but will not allow the driver to make any phone calls, except for emergency calls. In some cases, the system will allow hands-free Bluetooth phone calls if it is set up that way. The system will detect if someone is using a bring your own device or burner phone to use while driving.

The distracted driving situation is difficult for long-haul big rig class 8 drivers too. When the employer’s camera records the driver using a phone while driving the employer is required to dismiss the employee. If drivers use the Motion Intelligence system then they will be able to keep their jobs.

There is a shortage of long-haul drivers and many drivers say that, instead of getting laid off, they would rather have the ‘Evvy’ app on their phone, says Muerell. Then the drivers do not lose their jobs.

A company in Japan delivering for 7-Eleven is using Motion Intelligence.

“We expect that a wireless carrier will be selling Motion Intelligence to fleets and consumers in the future,” says Muerell.

For DDAM, NSC is offering a video showing best practices for avoiding distractions while driving such as pre-setting music and locking the phone in the glove box. Another NSC video shows Florida State Trooper Carlos Rosario. Rosario almost lost his life and took two years to recover from injuries from a car crash caused by a driver texting.

“When I went to the hospital every day, everyone was on their phones. This is really serious. I’m on fire to let people know,” says Rosario as he points, “Put it down, don’t use your phone while you drive.”