Who are the Most Distracted Drivers? Toddler Parents. 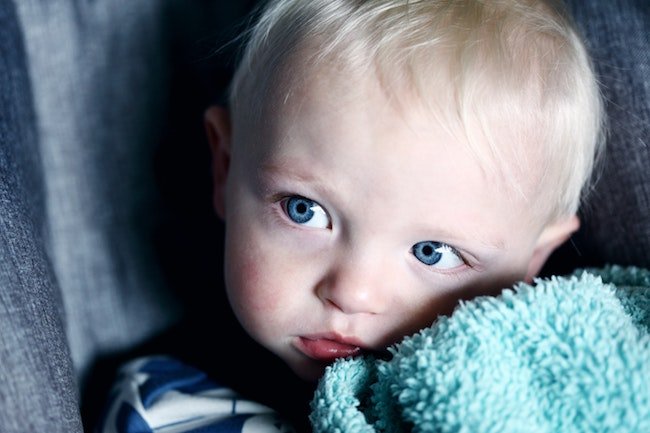 In a recent survey, 75% of parents report feeling that their children became much more demanding passengers as they grew from infants to toddlers.

If you’ve ever driven with a toddler in the car, you probably already have an idea of the driving distractions toddlers cause with their demands! But let’s look at the data to see exactly what is causing parents of toddlers to be distracted while driving.

As children grow from infants to toddlers, they require more stimulation. This means parents have to find a way to keep toddlers entertained in the car. Parents of toddlers are 40% more likely to manage toys while driving than parents of infants.

In many cases, classic toys aren’t enough to keep today’s toddlers occupied throughout the trip. So parents are introducing electronics in an attempt to keep toddler distractions to a minimum while driving. However, these electronics can become a distraction of their own, with 40% of toddler parents reporting that they have managed their toddlers’ electronics while driving.

Managing food and drinks in the car is a distraction at any age. But since toddlers can voice their needs without satisfying those needs on their own, food and drink become serious driving distractions for parents of kids between the ages of two and five.

A substantial 80% of parents admit to handling their toddler a drink while driving and 78% report giving their toddler a snack while driving. These numbers reflect an increase in driving distractions when compared to parents of infants. Compared to infant parents, toddler parents are 16% more likely to manage drinks and 26% more likely to manage snacks.

Having multiple children in the car naturally leads to more distractions while driving. Not only do parents have to meet the needs of more than one child, but the interaction between the children can create a whole new driving distraction. 69% of toddler parents report that managing sibling interactions became more difficult as their children went from infants to toddlers.

67% of parents report an increase in driving distractions due to general fussiness and tantrums when their children grew from infants to toddlers. In fact, nearly three-quarters of surveyed toddler parents admit to being distracted drivers while trying to determine the needs of their fussing toddler.

One common reason for toddler tantrums in the car is dropped items (toys, food, or drinks). 53% of toddler parents admit to having searched for a dropped item while behind the wheel.

While 66% of infant parents report that having an infant in the car was a distraction, 82% of parents still believe that they are overall safer drivers with the baby in the car. New parents take extra precautions to ensure the safety of their new bundle of joy while on the road.

And while safety is just as important to parents as the child ages into the toddler group, the novelty of having a child in the car has worn off, and parents tend to be less diligent about taking extra safety precautions for every car ride. Only 58% of parents said they continued to be just as cautious behind the wheel as their children aged out of infancy. Short-distance trips become especially problematic because drivers tend to see these trips as less dangerous than longer drives.

Once children are old enough to manage their own drinks and snacks, driving distractions decrease substantially. This holds true even with the introduction of children’s friends to regular car trips. Only 26% of parents feel that teens and their friends are a distraction.

Furthermore, parents report being actively better drivers once their children become teens because the parents want to set a good driving example for their soon-to-be drivers-in-training. 92% of parents report thinking more about the example they were setting for their teens as safe drivers.

So how can parents minimize the many distractions while driving with toddlers? Here are a few quick tips:

Have snacks and drinks easily accessible so you can hand them to your toddler with as little distraction as possible. But maybe keep them out of the toddler’s sight so they only ask for them if they’re truly hungry or thirsty! And consider having a backup handy in case the toddler drops the first one. Consider electronic devices attached to the back of the front seat headrest instead of droppable toys for toddlers. Just make sure the device is charged and set the device before getting behind the wheel. Try to choose a form of entertainment that will last the entire duration of the trip.  Make sure the car seat is properly installed and the child is secure before starting each car ride. This can eliminate one cause of fussiness for an uncomfortable toddler. Rather than try to figure out the cause of an unknown tantrum while driving, pull over so you can give your toddler your full attention. Ask for help! If you have older children in the car, ask for their help with the toddler’s snacks, drinks, entertainment, and dropped items.

Toddler parents may be among the most distracted drivers on the road, but with these simple tips, you can minimize driving distractions and stay as safe as possible on the road.

This article was written and based on a 2020 survey and research conducted by the team of driving safety experts at idrivesafely.com.