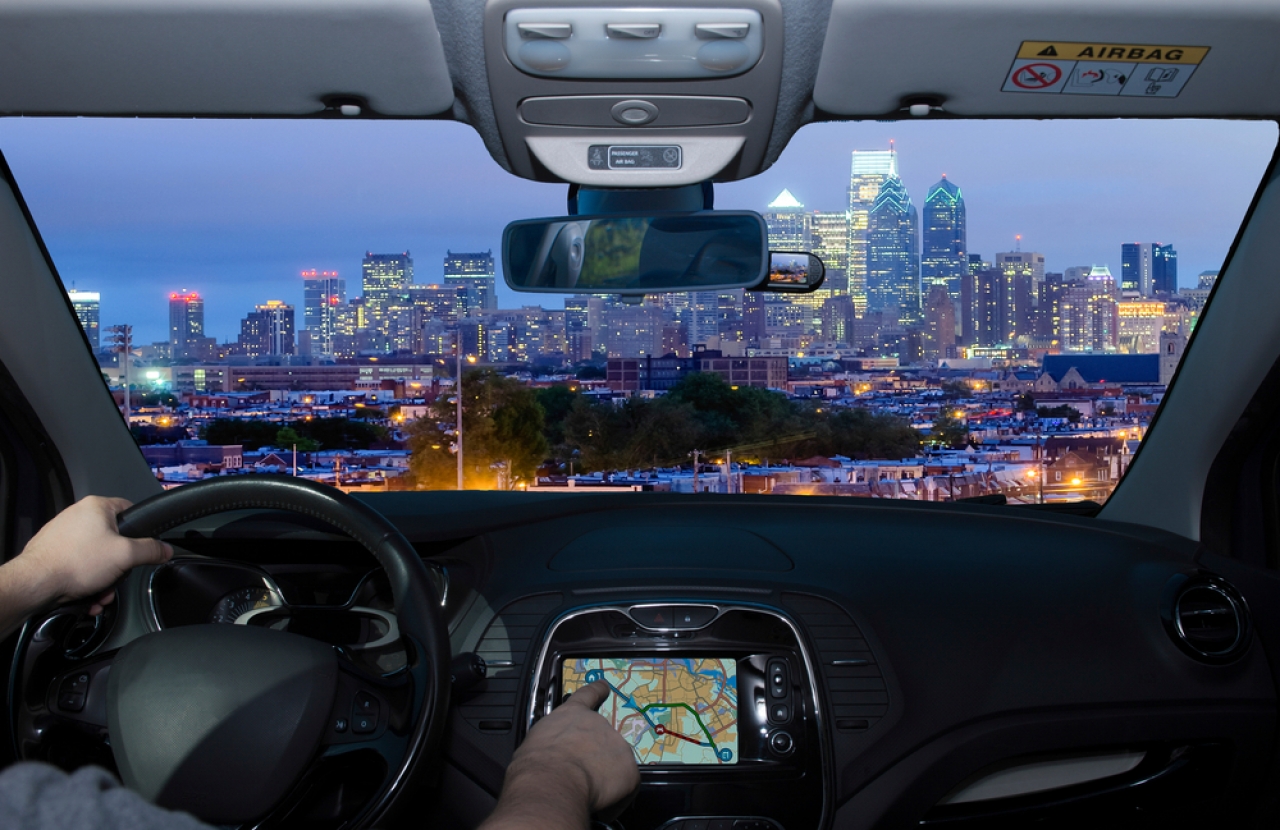 Cars, trucks and SUVs have grown in size in recent years; so too have the infotainment screens inside of them. With the increased size and additional landscape the screens are taking up, concern from safety experts is on the rise regarding how the technology contributes to distracted driving.

Today, the largest screen on the market is the Mercedes-BenzHyperscreen, a 56-inch wide curved screen that encompasses the functions of the vehicle's infotainment system, driver information display and typical center stack functions under one housing.

It's Tesla that has been widely credited with initiating the large screen trend. The company first offered a large, tablet-style infotainment screen in the Model S ultra-luxury sedan, then continued with the Model Y SUV and Model 3 sedan.

"Regardless of how large the screens are, these systems need to be designed to command as little of the driver's attention as possible," the Insurance Institute for Highway Safety (IIHS) told Newsweek.

According to a 2019 analysis by AAA, a driver may be distracted for up to 40 seconds while adding a destination to their navigation system, which is about the equivalent of about half a mile at 50 mph.

A 2020 study by the Transportation Research Board, a part of the National Academies of Sciences, Engineering, and Medicine, found drivers selecting music with Apple CarPlay or Android Auto had slower reaction times in response to road conditions than those who were under the influence of marijuana.

Despite growing concerns, screen size and capability is essentially unregulated.

In 2013, the National Highway Traffic Safety Administration issued guidance regarding distracted driving. That list only contained suggestions, not regulations. The guidance asked that infotainment tasks should be completed in two seconds or less and no task take more than 12 seconds at most.

The guidance also suggested automakers refrained from including especially dangerous activities like social media access or video watching while the car is in motion.

In 2017, a joint study by workers at the IIHS and Massachusetts Institute of Technology (MIT) found that many infotainment systems create a distraction that exceeded NHTSA's recommended limit.

"We don't know the exact degree to which different infotainment system designs affect crash risk, but distraction remains a major issue on our roads alongside other problematic behaviors like impaired driving, failing to buckle up and speeding. We've got to get serious about addressing these behaviors if we want to eliminate or even significantly reduce fatalities on our roadways," told Newsweek.

"And given the lack of regulation around infotainment designs, we need automakers to play a role in this and not add features that will increase driver distraction."

There are a few safety precautions already in place for vehicles with these screens. Many infotainment systems do not allow navigation system inputs to the internal system while the car is in motion, but they do not stop users from finding locations via Apple CarPlay and Android Auto.

Tesla does not allow their passengers to view videos when the car is in drive mode and Mercedes-Benz's front passenger screen will shut off if the driver's eyes leave the road for too long.