When covering car crashes, be careful not to blame the victim 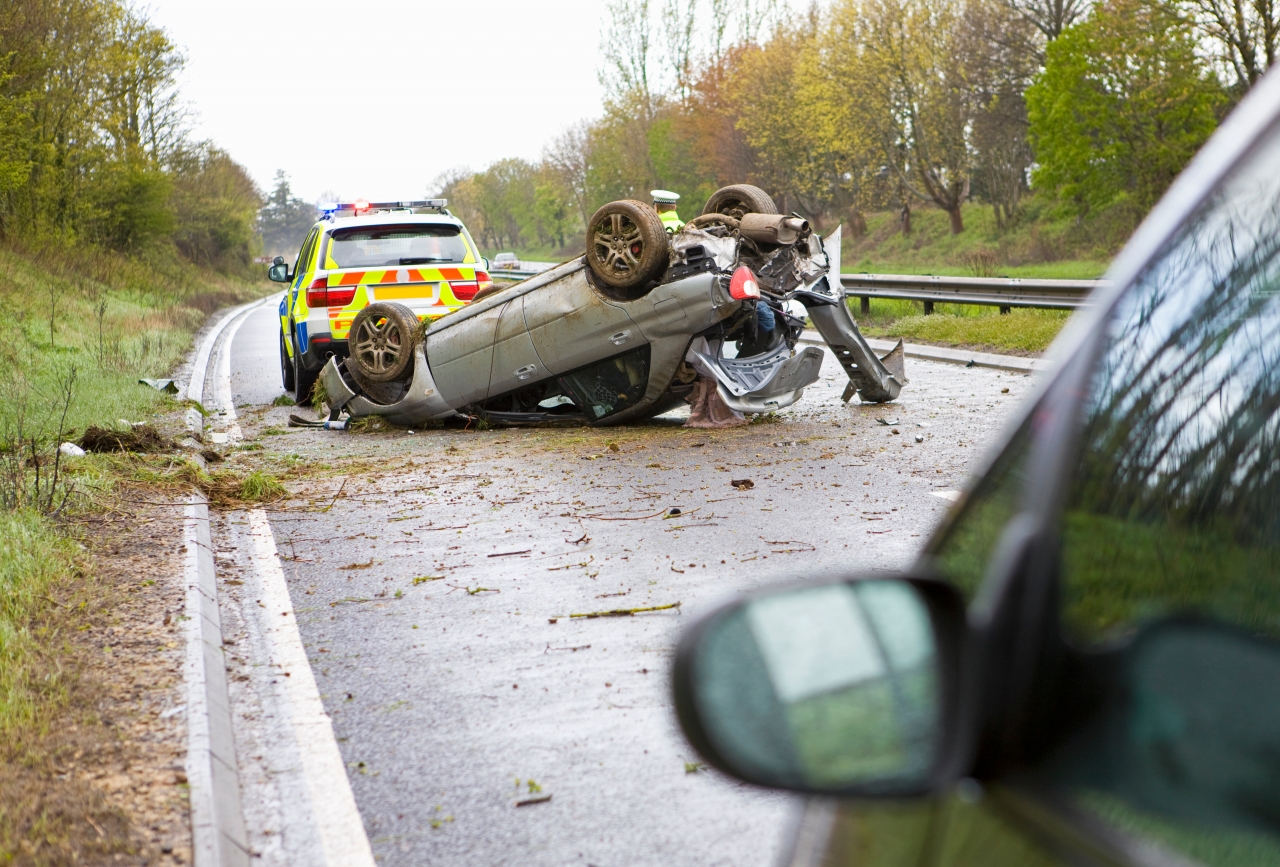 Last week, a new program in Stamford, Connecticut, sponsored by the local police department, distributed gift cards to passersby following pedestrian safety laws. The Stamford Advocate, the city’s daily newspaper (whose parent company this reporter used to work for*), covered the event. But, while the event was certainly newsworthy, the Advocate fell into a common narrative of crash coverage. The story was full of quotes by members of the police department claiming pedestrian fault, like this one from the assistant police chief: “If you go back over the past 10 years and look over our pedestrian fatalities, in just about all of them, there has been some contributory negligence by the pedestrian.”

In the Advocate story, there was no discussion of the role of drivers in these crashes, or how the police department was (or was not) enforcing safe driving. The message of this new police initiative, and the Advocate’s corresponding coverage, was straightforward: If pedestrians follow the rules, they will stay alive. If they die, it’s their fault.

She ran into traffic. He was wearing dark clothing. They didn’t use the crosswalk. In the aftermath of crashes between drivers and vulnerable road users, such as pedestrians and cyclists, there’s a tendency to blame the victim. It’s just one way the media fails to properly cover traffic collisions, according to a new report from MacEwan University. When nearly 5,000 Americans are killed every year in traffic while walking, and another 800 on bike, it makes you wonder what’s really happening on our streets and how we, as journalists, can better communicate those stories to our readers. The words we choose matter, and so do the ways we examine the actions of drivers, and the infrastructure and policy decisions of our cities and towns.

ICYMI: “She identified herself as a reporter. He then walked behind her and punched her in the side of the head”

Pedestrian (and cyclist) blame is the predominant framework in a lot of news coverage, according to Angie Schmitt, an editor of Streetsblog, a news site about transportation reform. Journalists will report that the victim “darted” into traffic, a verb you see almost exclusively in stories about traffic deaths. Or they’ll emphasize that the victim was jaywalking, texting while crossing the street, or not wearing a helmet.

“The helmet fixation redirects attention away from the overarching problem of vehicular violence, assisting in its denial,” according to a report released last month by the University of Heidelberg. Even in cases when a helmet would not have prevented death, the absence of one is usually noted, as in The Cleveland Plain Dealer’s 2009 coverage of the death of a young cyclist, Sylvia Bingham. Wearing a helmet would not have made a difference in the outcome of the crash, according to Bingham’s doctor. But the reporter, in the paragraph immediately following that statement, noted Bingham wasn’t wearing a helmet and included two additional incidents in which cyclists lacked them.

Journalists need to scrutinize driver’s actions as much, if not more, than the behavior of pedestrians or cyclists.

Whether it’s speeding, running a red light, texting, or just a general lack of attentiveness, journalists need to scrutinize driver’s actions as much, if not more, than the behavior of pedestrians or cyclists in these situations. These oversights can be startling. For instance, local television station KTSM solely focused on the victim following afatal 2016 crash in El Paso, Texas. Eduardo Dill attempted to cross a street in his neighborhood in his electric wheelchair when a driver struck him. The police cited Dill’s “failure to yield the right of way” as the contributing factor in the crash, and so did the station’s story.

In reporters’ defense, Schmitt says, crash information usually comes from flawed police reports, which inform the news coverage. Those reports tend to reflect a survivor’s bias since, in crashes with fatal outcomes, the pedestrian or cyclist is not around to share their side of the story. Instead, the reports are usually based on a single eyewitness—the driver.

But the biaswasn’t always in favor of motorists. The narrative surrounding pedestrians changed as automobiles became the default choice of transportation. In the late 19th century, pedestrians dominated the streets. Drivers were the interlopers, and cars considered “rare and dangerous,” according to Smithsonian Magazine. At first, the public (and media) expressed outrage over growing pedestrian fatalities. “Nation Roused Against Motor Killings,” read one headline from The New York Times in 1924. Another newspaper, the St. Louis Star, compared cars to Moloch, a god associated with child sacrifice, in one of its cartoons the year before, according to the podcast99% Invisible.

As anti-car attitudes grew, the automotive industry pushed back. Stakeholders joined together—calling themselves the “Motordom”—to shift public conversation. Instead of blaming cars, they argued, we should blame human behavior, specifically reckless pedestrians. Their makeshift public relations campaign worked. They coined and then popularized the term “jaywalking.” They also started advertising heavily in newspapers and magazines, which shifted the media’s allegiance to the auto industry.

Today, that allegiance is alive and well in the default language used by journalists, which absolves drivers of responsibility. In most cases, they’ll choose the word “accident” to describe what happened. Sure, the crash wasn’t intentional, and the journalist’s choice of words is likely subconscious. But the word “accident” is loaded. “It implies inevitability,” explains David Dudley, executive editor of CityLab, The Atlantic’s vertical dedicated to urban issues. It also implies that nobody is at fault.

Instead, he says, journalists should use more neutral terms such as “crash” or “collision.” “Crash says something went wrong and can be fixed,” Dudley says. Car crashes can be prevented, and the language in the news media should reflect that. TheAssociated Press Stylebook agrees. In 2016, the news service recommended avoiding the word “accident” in cases where “negligence is claimed or proven,” following a successful #CrashNotAccident campaign led by Transportation Alternatives, a NYC-based pedestrian, bike, and public transit advocacy group.

When describing crashes, reporters will use phrases like, “Joe Smith was struck in the parking lot,” or “Jane Doe was killed while crossing the street.” With passive voice, the reporter removes the driver from the equation. “We think like drivers because most of us are drivers,” Dudley says. Reporters don’t address, or deemphasize, motorist error—speeding, distracted driving, failure to yield—which is the leading cause of traffic collisions.

“We think like drivers because most of us are drivers.

Reporters also tendto write about the car, and not the person behind it. They may even give a vehicle a personality when, in reality, it’s just a machine. That’s how WAAY-TV covered a crash in Huntsville, Alabama, last week: “Security video of the incident from a nearby gas station shows Smith [the victim] crossing the road on his bicycle and getting hit by a car. As he tried to get back to his feet, he was hit by another car going in the opposite direction.” The car hit Julius Smith, the story says, not the person driving the car. “In a way, journalists gave a kind of quasi-autonomy to cars long before autonomous vehicles existed,” Dudley says. The vehicle is responsible, not the motorist, in most news reports. “[It’s] framing traffic deaths as things that kind of happen, and not being skeptical about why it happened and who is responsible,” Dudley says.

Journalists also often miss opportunities to talk about infrastructure. According to Schmitt, many local news reports ignore the conditions of crash sites, even though pedestrian and cyclist fatalities are often concentrated in a few areas. In many cases, the cause of a crash boils down to poor street design. For example, in Denver, Colorado, 5 percent of the city’s streets have witnessed half of all traffic deaths. “This shows how these crashes are not random, but have a pattern,” Schmitt says. “This is common in almost any city that takes the time to look at this.”

Pedestrian and cyclist deaths aren’t isolated incidents, and reporters can use a single death to highlight at-risk areas in their city. Coverage that fixates on individual responsibility, such as wearing a helmet or waiting for the pedestrian signal, misses the opportunity to push the conversation—and the city—forward. Reporters should ask questions like, Why did the victim cross the street where they did?, What can be done to prevent a similar situation in the future?, or Why are so many cyclists getting struck at that intersection?

Last week, in his piece for New Yorkmagazine, City Editor Christopher Bonanos set an example for crash coverage. Instead of rehashing the details of a crash in Park Slope earlier this month or focusing on the victim’s behavior, he excavated the event. A driver killed two toddlers and injured their mothers after driving through a red light at 9th Street and Fifth Avenue on March 5. He doesn’t apportion blame to the pedestrians, especially since they had the right of way. Instead, he visits the site of the crash and considers the street design:

“It has all the pedestrian activity of a Village cowpath, but what’s not obvious, till you stand there and stare at it for a while, is just how wide it is. Traffic roars through that width, partly because the grade that gives Park Slope its name causes drivers to speed downhill. It does have a pair of bike lanes, but they’re painted on, rather than set off by curbs or bollards, and faded.”

He discusses the driver’s behavior—she blew a red light and had a record of traffic violations—important details. But policy is Bonanos’s primary concern. It’s easier to fix a street than the attitudes of hundreds of motorists. “A well-designed road will make driving easier and safer, and you won’t have this constant anxiety about what that person will do,” Dudley says. This type of reporting requires journalists to educate themselves on some wonky stuff—their city’s planning history, road design principles—but it’s critical education. It’s a solutions-oriented approach to practical urban, or suburban, problems. “If people cover it [crashes] more, we will see more things done to address it,” Bonanos tells CJR.

Compare, for instance, traffic deaths to gun violence. As a society, and this includes the media, we’ve become somewhat inert when it comes to violent behavior. We lose the ability to ask why something’s happening. “Once in awhile, there’s a moment that breaks through, and we think, This is crazy,” Dudley says. The New York story is the exception, not the rule. But it doesn’t have to be. As pedestrian and cyclist fatalities surge in this country, journalism can and should use its platform to address what’s become a systemic problem.