Drowsy Driving Is a Way Bigger Issue Than We Realize 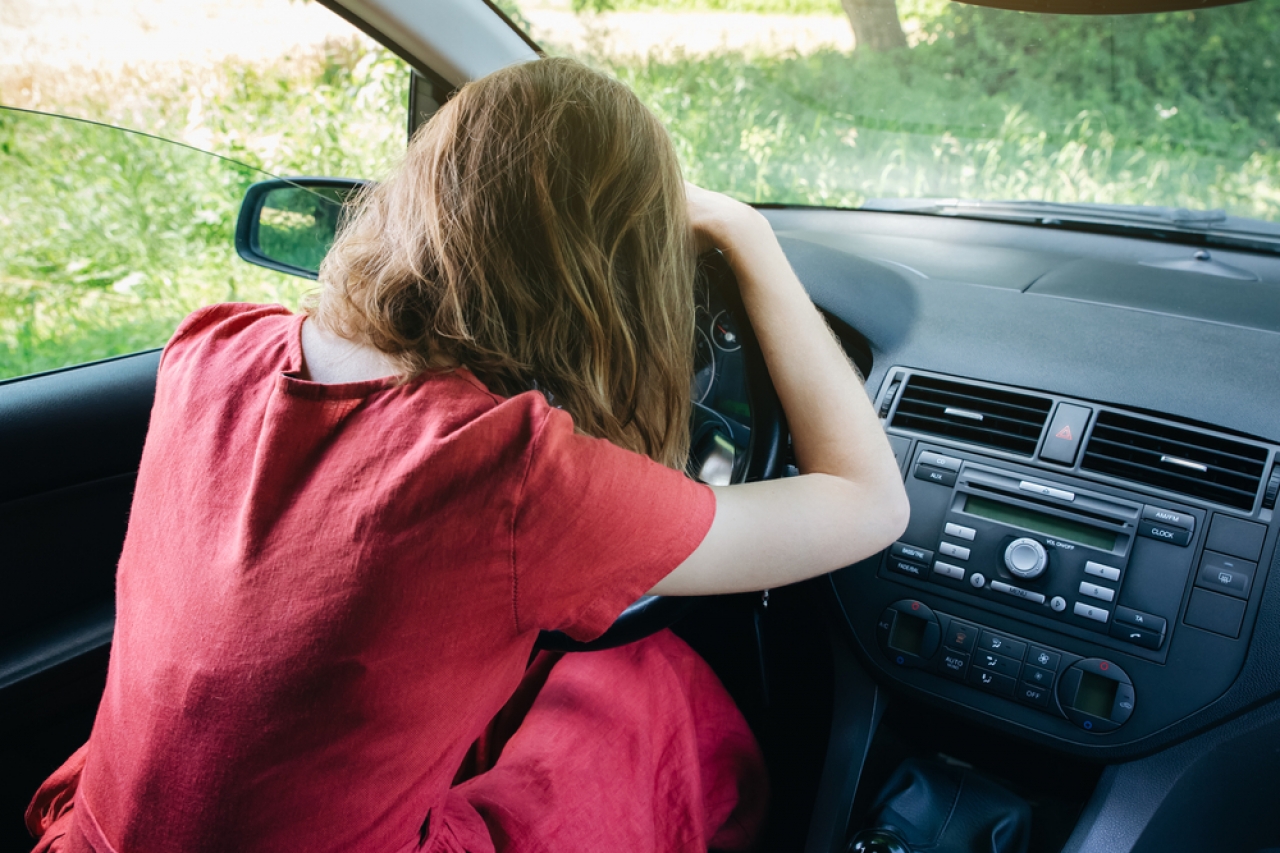 It didn’t take a genius to know I shouldn’t have been driving. Five in the morning, no sleep all night. I wanted to sleep, though, so I braved the 50-minute drive home from my friend’s house thinking it was no big deal. Ten minutes in, I knew I was wrong.

Welcome to Unconventional Wisdom, a look in the rearview mirror at misconceptions, misrepresentations, and misstatements that have somehow sunk into our automotive consciousness.

Moments started slipping by without registering. Objects started moving under my gaze. Lights dimmed and brightened of their own accord. At 17, I had never once been drunk, but as I drove home I was starting to grasp how it might feel. I knew enough to realize that driving in this state was a dangerous choice, but a teenage mind underestimates danger. I opened the windows, blared the music, and blasted the AC to assault my senses. That kept me alive through 40 miles of imaginary dogs running alongside me in the shadows, of inkblot monsters at the edge of the road. I coasted down the offramp shocked and fried, and, in my relief, turned the wrong direction.

I popped a U-turn in the wide and empty street and pointed toward home. Five minutes away, I rolled up the windows and calmed the music. I finally felt safe. That could have killed me. The next thing I remember, I was yanking the wheel of my mom’s Lexus, startled back into consciousness by the jolt the Lexus hopping the curb and going into a grassy patch abutting a forest. No damage, but I was shaken. It was worse the next day, when I realized the place where I pulled that U-turn has a small concrete median. Either I hopped it without realizing, or I imagined that turn. Either option betrayed a brain far too impaired for driving, operating with a recklessness that endangered me and, hauntingly, anyone near me.

For years, I held this story in the large section of my Irish Catholic mind labeled “Shame.” It’s hard to tell a story where you’re the bad guy. But hiding from the gravity of our mistakes not only harms our ability to learn, it thwarts society’s perception of a problem.

I know I’m not the only person with a private story about drowsy driving. And based on the data, this attitude is getting us killed.

A 2013 study found that the percentage of licensed drivers polled who had dozed off behind the wheel within the last monthwas 4.2 percent—1 in 25. That’s a harrowing number to digest. Sure, you might say, but that’s only one study. One study by the Centers for Disease Control and Prevention with a gigantic sample size, but it’s one study all the same. Yet it’s not even the most haunting one. A 2005 study by the National Sleep Foundation found that 11 percent of respondents nod off or fall asleep while driving at least 1 to 2 days per month. And 3 percent of respondents reported nodding off once or twice a week, with some confessing to dozing while driving at least three days a week.

And while it’s natural to want to place the blame solely on individuals, for many this is a byproduct of factors beyond their control. Lots of people work long hours, or have work schedules that disrupt healthy sleep. Many of us leave physically or mentally draining jobs and face a lengthy commute home. As a nation, the U.S. has a chronic case of inadequate sleep, and our increasingly fast-paced, productivity-obsessed work culture certainly isn’t helping. That doesn’t mean you aren’t responsible for driving safely, but under-stressing the danger of driving drowsy and over-stressing attitudes that ignore people’s wellbeing create an environment that encourages dangerous behavior.

The National Highway Traffic Safety Administration attributed 697 traffic fatalities to drowsy driving in 2019. Given the factors, that seems like an undercount. Drowsiness can’t be objectively measured the way drunkenness can.

We know for sure that the risk is higher for younger drivers. That 2013 CDC survey found drivers aged 25 to 34 were at the highest risk, 6.3 percent reporting having dozed off at the wheel in the last 30 days. The 18 to 24 lot was moderately better off at 4.9 percent, and the 35 to 44 group was second-worst at 5.5 percent. The lowest risk demographic was drivers over 65, of whom only 1.7 percent self-reported this issue, but I’d wager that’s partly to do with this group doing less driving at night. As usual with fatal traffic data, men are at higher risk than women, 5.3 percent to 3.2 percent. With a sample size of 147,076 randomly chosen respondents, the CDC data makes it clear this is a widescale problem.

All of this is quite bleak. So let’s close on an optimistic note. More than just about any other cause of fatal accidents, drowsy driving has a straightforward solution. Eliminating DUIs involves behavioral changes that some find inconvenient (designating a sober driver) or costly (hailing a ride); solving distracted driving would require us to detach ourselves from our smartphones and dashboard touchscreens, and we know how hard that will be. To fix drowsy driving, all you have to do is pull over, sit back, and take a 10- to 30-minute power nap. Your friends may be irritated; your passengers may find it weird. But in a world where 37 percent of adults have experienced the shock of falling asleep at the wheel, that resistance should be easy to overcome. The first step is recognizing the scope of this problem. The solution, in part, is to applaud anyone who takes the necessary steps to prevent it.