Surprise Safety Car was called because Bottas's Mercedes got 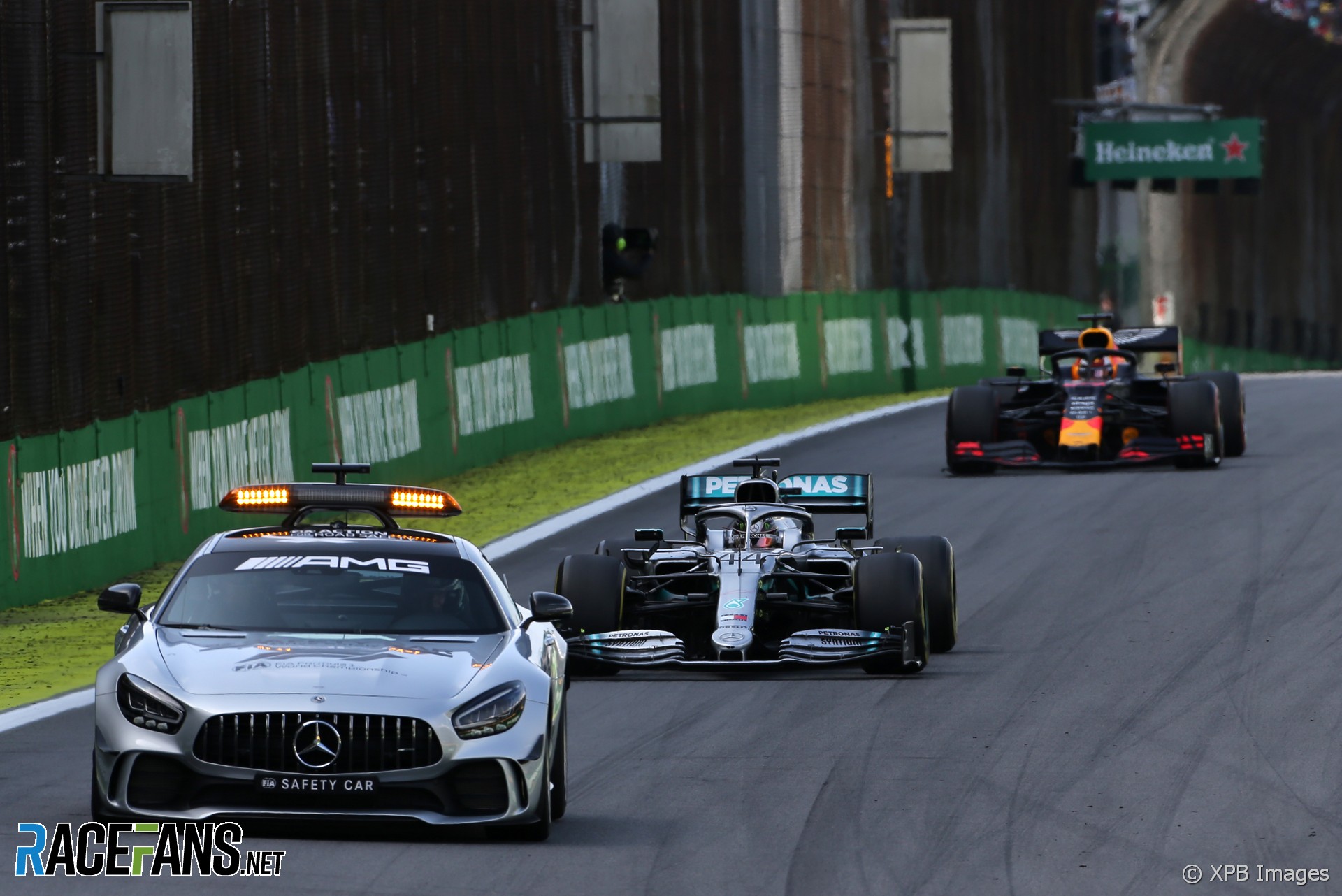 The Safety Car had to be deployed to recover Valtteri Bottas’s car because his Mercedes got stuck on a bump, FIA race director Michael Masi revealed.

Several teams, including Mercedes, expressed surprise that the Safety Car was needed to recover a single car which had experienced a technical failure. “We were surprised by because he parked quite neatly,” said the team’s technical director James Allison.

Bottas suffered a suspected power unit failure on lap 52 and came to a stop approaching turn four. Masi said Bottas parked his car off the circuit so “I covered it under a double yellow flag originally”.

However the marshals experienced difficulty moving the Mercedes to a safe place which meant a recovery crane was needed. “The marshal said ‘it’s stuck on a bump’ and left it at that,” said Masi. “And obviously, as soon as I have to use a crane it’s a straight Safety Car.”

“In that circumstance, particularly with the way the surface road is there, we all know ride height and everything, [there] wasn’t anything more in that,” he added.

“It looked like [Bottas] pulled off in a in a sensible place,” he said. “It certainly brought the race to life and made it a bit too exciting maybe! But it was the same for everybody.”

Ferrari team principal Mattia Binotto backed the decision to use the Safety Car. “We were even expecting it a bit earlier,” he said. “I think the FIA correctly tried to to avoid it but they realised that there was no opportunity.”

Once the Safety Car was deployed it remained on track for several laps as 13 cars and were waved by to rejoin the lead lap.

“The first [delay] was actually getting the leader behind the Safety Car, which took a little bit longer purely because of car positioning,” said Masi. “And then getting the list from timing of all the cars and then putting it in. The first focus is obviously to clear the incident and then the un-lapping of cars is secondary.”