When a Hamilton mishap handed Kubica a win 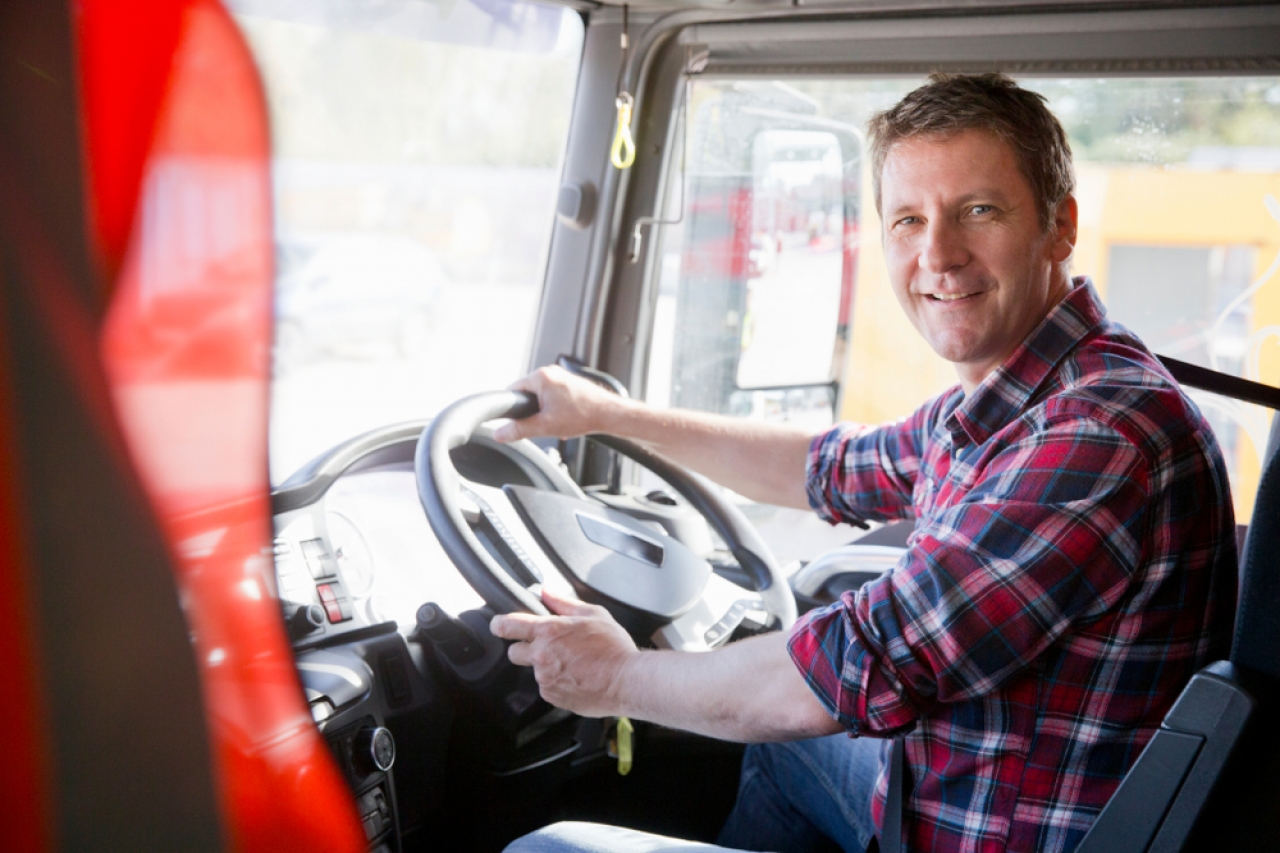 In an alternative universe somewhere Robert Kubica and BMW Sauber won the 2008 World Championship, picking up the pieces with canny consistent scoring as both McLaren and Ferrari dropped the ball.

It seems a little far-fetched now, but for a few weeks in the middle of that season it seemed possible. Victory in Canada put the Pole into the wWorld championship lead, and for a few races thereafter he was still very much in the mix as none of his rivals could put a run of results together.

Alas a run of misfortune and a misguided choice by the team management to focus on 2009 and not to keep up the development pace meant that he gradually faded from view.

No one could have predicted on that Sunday evening in Montreal that neither Kubica nor BMW would ever win another race. Indeed by the end of 2009 the Munich manufacturer was gone from the sport.

Amid concerns about the track breaking up Lewis Hamilton was quickest for most of qualifying, before he was demoted to second by Kubica right at the end.

However the McLaren ace was on a quick lap of his own, and he regained pole at the very last second. Ferrari’s Kimi Raikkonen and Renault’s Fernando Alonso were next up.

Repair work continued on the track until the very last minute, and in the end the surface was not a major issue once the race got underway. The real concern was the prospect of an inevitable safety car interlude, and just how one might shake things up.

Against expectations it was an unusually clean first lap. Hamilton charged away at the start, and he had opened up an advantage of nearly 7 secs by lap 17 on Kubica, Raikkonen and the Williams of Nico Rosberg.

At that stage a safety car was sent out to allow the retrieval of Adrian Sutil's Force India, which had stopped with a gearbox problem. All Hamilton's good work was thus undone as the rest of the field closed up.

The timing was just about right for those who had qualified light, and once the field had been bunched up and the pitlane opened, the frontrunners all charged into the pit lane.

McLaren gave Hamilton a little a relatively high fuel load, and the extra time at rest combined with the team's position in the middle of the pit lane meant that when he pulled out of his pit box Kubica and Raikkonen had both beaten him away. The pair indulged in a drag race down to the end of the pitlane, where a red light caused them to stop side by side.

The nature of the first two turns in Montreal means that the light stays on longer than at other tracks, to prevent those making stops from charging straight out and barging into the queue. Juan Pablo Montoya did just that in 2005 and was black flagged, and Felipe Massa and Giancarlo Fisichella had both made the same mistake in 2007.

And yet despite the notoriety of the Montreal lights Hamilton, perhaps distracted by the fact that he'd lost two places, failed to stop in time. At the last second he swerved to the left and ran hard into the back of Raikkonen, taking off the Ferrari's rear wing and breaking his own front suspension.

Rosberg made the same error, and ran into the McLaren. The German was able to continue with a broken nose, but Hamilton and Raikkonen were out on the spot. When the green light came on Kubica calmly drove out onto the track – the race was now his two lose.

McLaren folk did their best to defend their chastened driver, but there was no question that they were extremely frustrated with him. By way of defence the team admitted that a radio reminder about the red light perhaps came a little late. Nevertheless, the onus is always on the driver to have his wits about him.

"I think Lewis knew the game, and knew the situation," said Martin Whitmarsh. "In fairness I can see how, in the adrenaline of the moment, he saw the two cars stopped, and thought is there a way I can pull alongside and out jump them?

"There was a moment of distraction there, and he didn't quite get it right, as indeed did Nico a second later. He saw the light, he was told about it, but I think he was conjuring a number of things in his mind at the time, and made a miscalculation...."

Later Hamilton and Rosberg both received 10-place grid penalties for the following race in France.

Meanwhile many of the drivers had stayed out because they were running long and planned to stop only once. The new leader was Kubica's BMW teammate Nick Heidfeld, who had a relatively high fuel load. He had the option to stop once or twice, thanks to the safety car stretching things out a bit.

The leader of those who had already stopped was Kubica, way back in 10th, with Alonso just behind him.

Heidfeld had a clear track and was over 13s clear of the Honda of Rubens Barrichello when he finally came in on lap 29. The BMW teammade the choice to split strategies and fuel him to the end.

He emerged just in front of Kubica. With a heavy load and the less favoured tyres, he made no attempt to keep his teammate behind, allowing the lighter and faster car through.

We now had a fascinating race in prospect between the two BMWs – Kubica in "sprint" spec with one stop still to make, and Heidfeld running to the flag in less than ideal circumstances.

Gradually all the one-stoppers came in, and we had a succession of unexpected leaders – first Barrichello, and then Red Bull's David Coulthard, and finally the Toyotas of Jarno Trulli and Timo Glock.

When the last-named stopped Kubica eased into the lead, and it was now all about how much of a gap he could pull on his teammate. When he came in for his second stop on lap 49 he had done just enough to stay in front.

"The last car went into the pits, I think it was Glock," said Kubica. "And then I had eight laps to make 16 or 17 second margin to come back after my pit stop in front of Nick.

"That was my seven laps of qualifying. I never struggled so much, and I was pushing very hard as I knew I had to make around a 21 second gap. And I managed to do 24, so it was a great race."

Thereafter it was a demonstration run to the flag for the two BMW men, with surprise third place man Coulthard only a distant threat.

"It is fantastic to win my first race for BMW Sauber which I joined from the beginning," said the happy winner.

"We have grown up together and thanks to the team for providing a good car and we managed to do a first and second. Maybe the pace is still not the best, but at this race we were right there.

"The first stint I couldn't match Lewis' pace as we had some pressure problems, but afterwards we changed the pressure, and the car felt very good."

It was a wonderful day for those Sauber veterans who had been onboard since 1993. Among those with the biggest smiles was team manager Beat Zehnder, whose career with the team went way back to the Mercedes Group C days, when he was a mechanic.

He's still at Alfa Romeo as sporting director today, and he remains a close friend of current driver Kimi Raikkonen. For once on that day in Canada he didn't mind that his Finnish pal had endured a bit of misfortune.

"Two or three times we've been very close, with Jean Alesi, with Heinz-Harald Frentzen, with Johnny Herbert, and now it happened. I think we deserved this win, and not only in terms of the length that we were in F1.

"In a way I wish we could have won a race with Peter Sauber, because obviously he made the road to what we have now, to what we are now, and I'm pretty sure he would love to be here.

"But he's an ambassador of the European soccer championships, so he had to be at the opening game!"

In the post-race excitement it was easy to overlook the fact that Heidfeld had brought the other car home in a strong second place.

Under pressure thanks to a struggles in qualifying, the German faced the difficult task of running to the flag with a heavy fuel load after pitting on lap 29. It was the extra laps clawed back under the safety car that got him into a window that allowed a one stop run.

"This was not planned," BMW technical director Willy Rampf told me. "We changed the strategy and we were discussing it until the last lap, before he came in.

"Should we change it or not? One thing was we had to fill the car, and we had to run with soft tyres, and there's not a lot of margin on the brakes. So it was a huge risk, but it paid out.

"He was doing a good pace, but this is also the strong side of Nick, that he can manage this situation, because this was not planned. He handled a very heavy car, with the very soft tyres, and with the brakes being on the limit all the time, so he did a very intelligent race."

It was an intriguing afternoon, and the result was a refreshing one. But without the pit accident, the unrealised prospect of Hamilton, Raikkonen and Kubica sitting side by side at the end of the pit lane, waiting for the green light, was a tantalising one. And after that it would have been a real fight to the flag. So really Canada 2008 was a case of the race we didn't see.

"What would have been great TV would have been the three of them dragging off the line," said one McLaren insider. "I think Lewis would have lined up alongside them, and you can overtake all the way to the safety car line.

"It would have got very interesting, because the track isn't wide enough for three cars, and somebody would have had to give way, or all of them shunted!

"And after that there would have been a high risk of one of the cars being pushed over the white line..."