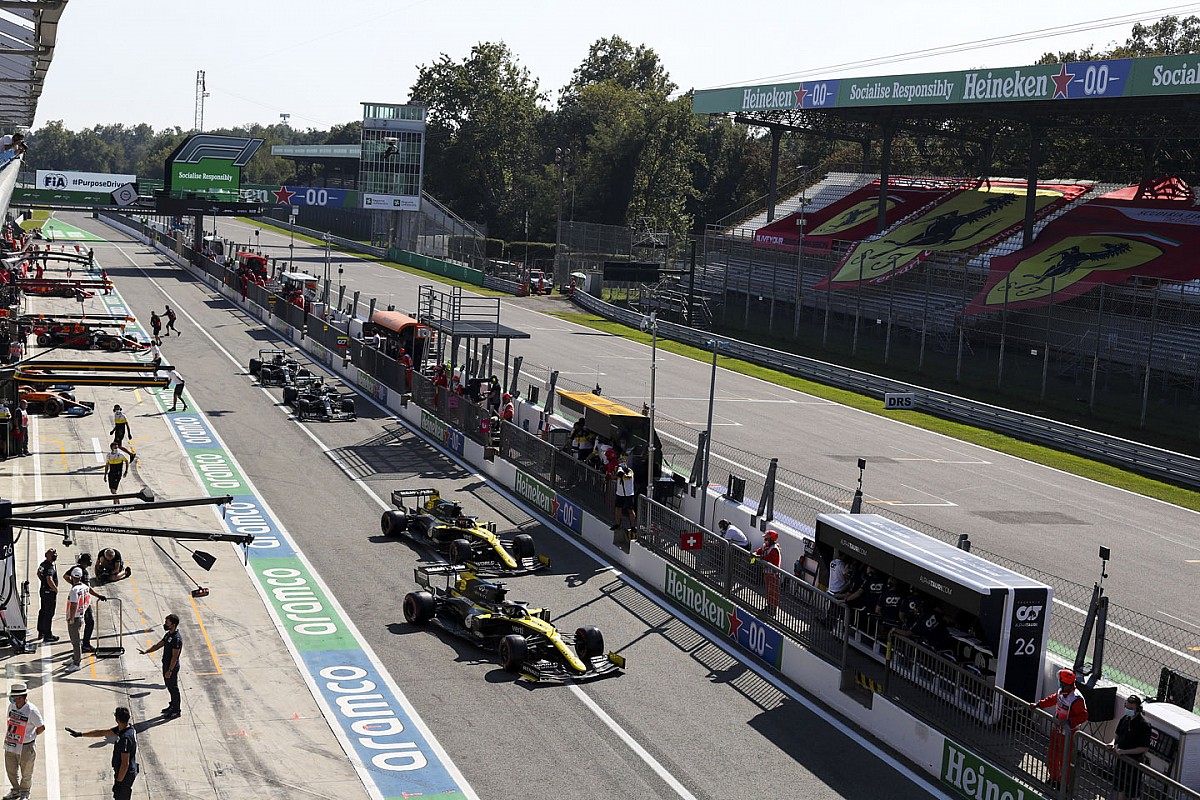 Norris was investigated for “driving unnecessarily slowly from turn 11 to the pit lane” when most of the field headed into the pits for tyre changes once the entry was opened.

The rule involved was Article 39.5 of the FIA sporting regulations, which states that “no car may be driven unnecessarily slowly, erratically or in a manner which could be deemed potentially dangerous to other drivers or any other person at any time whilst the safety car is deployed.

“This will apply whether any such car is being driven on the track, the pit entry or the pit lane.”

While it covers various scenarios the rule is intended in part to stop drivers going slowly back to the pits and hampering rivals behind, a result of drivers using that tactic in the past when their teams were planning double-stacked stops for both their cars.

In Monza the implication was that Norris, who was immediately behind his teammate Carlos Sainz, was leaving a gap to create a more efficient stop sequence for the McLaren team, and that the cars behind – led by the Racing Point of Sergio Perez – lost time.

After the investigation no further action was taken, with the FIA noting that “the stewards viewed video evidence and GPS data and it was apparent that car 4 maintained a reasonable time delta to the car in front and behind.”

However, at Friday’s drivers’ briefing at Mugello, the subject was raised by Racing Point, and following a discussion Masi acknowledged that on reviewing the incident the FIA will henceforth take a stricter line, starting with today’s Tuscan GP.

“So obviously, we discussed what you pretty much said. And there's been a bit of a rule set on what we can do, and are not allowed to do, and so on. So that's just something that I'll need to abide by only for the future.”FIA to clampdown on slow pit entry under safety car after Norris incident.