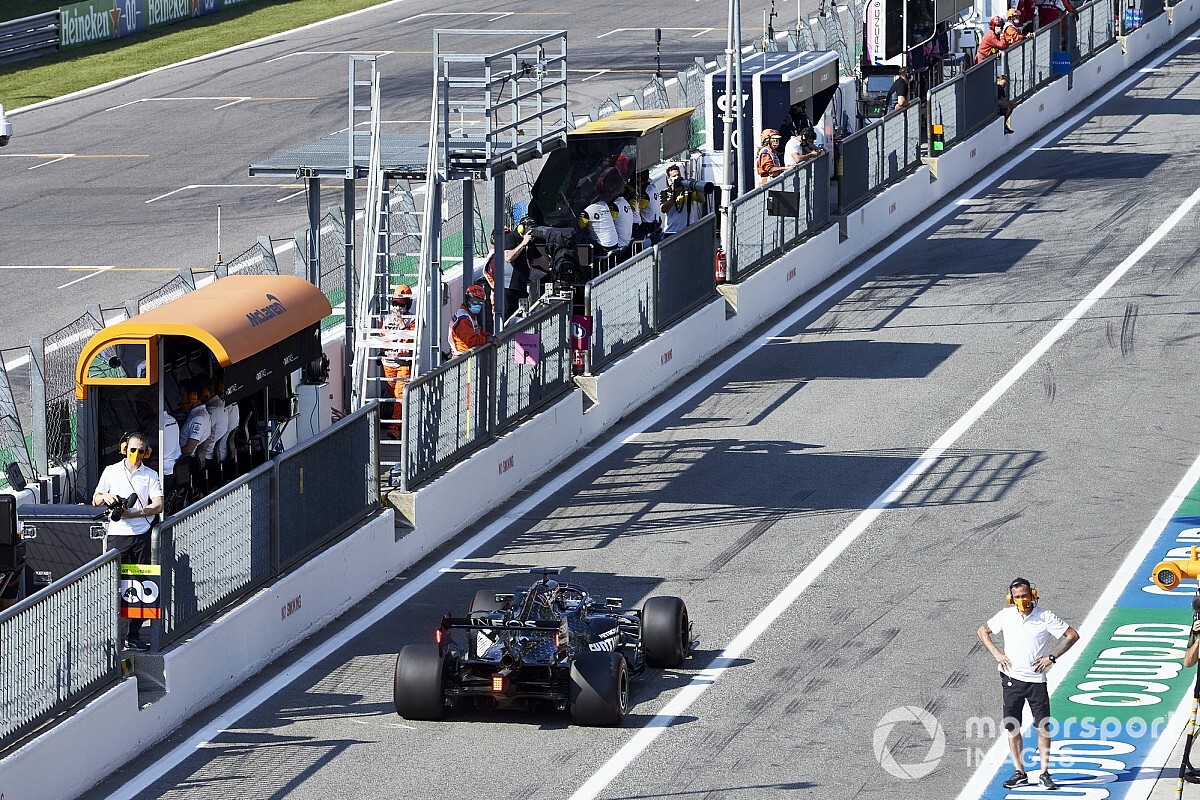 Hamilton was leading the Monza race when Kevin Magnussen's Haas stopped on track between Parabolica and the pitlane, triggering a safety car.

Hamilton was duly called in for a stop, but both he and his Mercedes team failed to spot that the pit entry was closed.

He subsequently received a stop-and-go penalty, the mandatory punishment for the offence.

During a red flag period caused by Charles Leclerc's crash, Hamilton went to see the stewards in order to find out why he had been penalised.

Connelly stressed that he and his fellow stewards do not like having their hands tied by automatic penalties for certain offences, but noted that they are in the rule book at the behest of the teams.

Speaking to stewards around the world in a web conference last weekend, Connelly cited Monza as an example of the need to fully explain decisions in documents so that competitors and fans can understand them – although in this case the world champion requested the explanation in person.

"And we had no choice, and this is something that most of us don't like, we don't like mandatory penalties.

"In fact, almost all the all the chairmen of the FIA stewards in F1 and most of the other stewards in F1 disagree with mandatory penalties, but they are there, mainly at the request of the teams. And this [offence] required a stop-and-go penalty for Lewis Hamilton."

Connelly said the stewards were happy to meet Hamilton and explain why they had come to that decision.

"Lewis hopped on his scooter during the stoppage of the race, scooted down the pitlane, and came up and paid us a visit.

"And Lewis was extremely polite. And he just said, 'Guys, can you tell me why I've been penalised?' And we said, 'Yes, because you entered the pitlane when it was closed.' He said, 'Can you show me?'

"And we showed him the video replay. We showed him from his onboard camera. And there right in front of him was the warning light for the first panel, and then again, the second panel.

"And we explained to him, 'Unfortunately Lewis, it's a mandatory penalty. And we don't have any choice but to impose this penalty on you.'

"And whilst he was not absolutely delighted with this, Lewis accepted it, and was extremely polite, as I've always found him, and left the room and went back.

"Now, no doubt, he had a few comments to his team about why they didn't warn him on the radio.

"So it just goes to show that if you can explain something, you can make a difficult decision acceptable to those to whom it applies, and to the wider audience."