Cell Phones and Texting at 70 Miles Per Hour:  Killing People 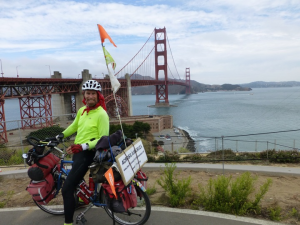 This past week, a high school classmate of mine got rear ended by a lady texting at 70 miles per hour. She killed my classmate and two of his friends landed in the hospital with critical injuries.

This summer, on my 40-state journey around the United States, I witnessed women, men and teens texting by the thousands. They texted racing down the highway, in gridlock traffic, and at stop lights.  I saw a school bus driver texting driving down the road, I-70 in Denver, Colorado.  I reported her. My wife witnessed event.  I gave the bus number, license plate, Jefferson County Schools, time of day, and the route number.  They said I should have taken a picture of her while I was riding my motorcycle.

“You want me to take a picture with my cell phone while I’m driving my bike to prove that she was texting?” I gasped.  “It’s against the law!”

“If you don’t have a picture, we can’t follow up on her,” the lady dispatch officer said.

“With the latest statistics available as of 2018, according to statistics compiled by the Department of Transportation, 4,647 people died and another 391,000 were injured in motor vehicle crashes caused by drivers who were distracted because they were texting or using cell phones.”

Hello America!  You think we face an opioid epidemic?  Steve Jobs and the tech industry created a cell phone addiction epidemic leaving hundreds of thousands of cell phone users, and, innocent drivers at risk of getting killed and/or maimed.

Have you ever attended a funeral of a friend or family member who died because some idiot texted while driving at some terrific speed, only to crash into your loved ones?

The distracted driving and texting stats don’t favor young drivers. Overall, this demographic is 400% more likely to be involved in a car accident while texting and driving compared to more experienced drivers. (Source: IceBike.com)

How would you like to be one of the fathers or mothers who attends your own child’s funeral because someone texted him or her to death?

According to distracted driving stats from 2015 alone, driving while using a cell phone caused 391,000 injuries while driving under the influence of alcohol caused 290,000 injuries.

We desperately need a national conversation-debate on how to stop people from texting while driving.  THAT much carnage on our highways, especially when it’s totally avoidable, needs to be addressed.

My solution:  when you earn a driver’s license or renew it, you sign a piece of paper that you will not drink and drive, or text and drive.  If you should break your sworn promise, you lose your license for five years the first time and you lose it for life the second time you’re caught.  You pay a $20,000.00 fine and your car is impounded for five years. You must pay for all towing and impound fees, or your car will be sold at auction.

This texting and driving, and drinking and driving can be stopped when we make the  law SO prohibitive that you would have to be a mental moron to commit the crime.  But if you did, you’re off the road without a license, and/or you’re in jail.

It’s time to step up and step into this national outrage. Talk to your state representatives, federal senators and House members. Make them act or vote them out for someone who will act.

As for me, I’m leaving for my classmate’s funeral this weekend. Makes me sick to my stomach, because it could have been my funeral or my wife’s or my kids.  It could be your kids or spouse.  For certain, all those fatalities are someone’s family members.