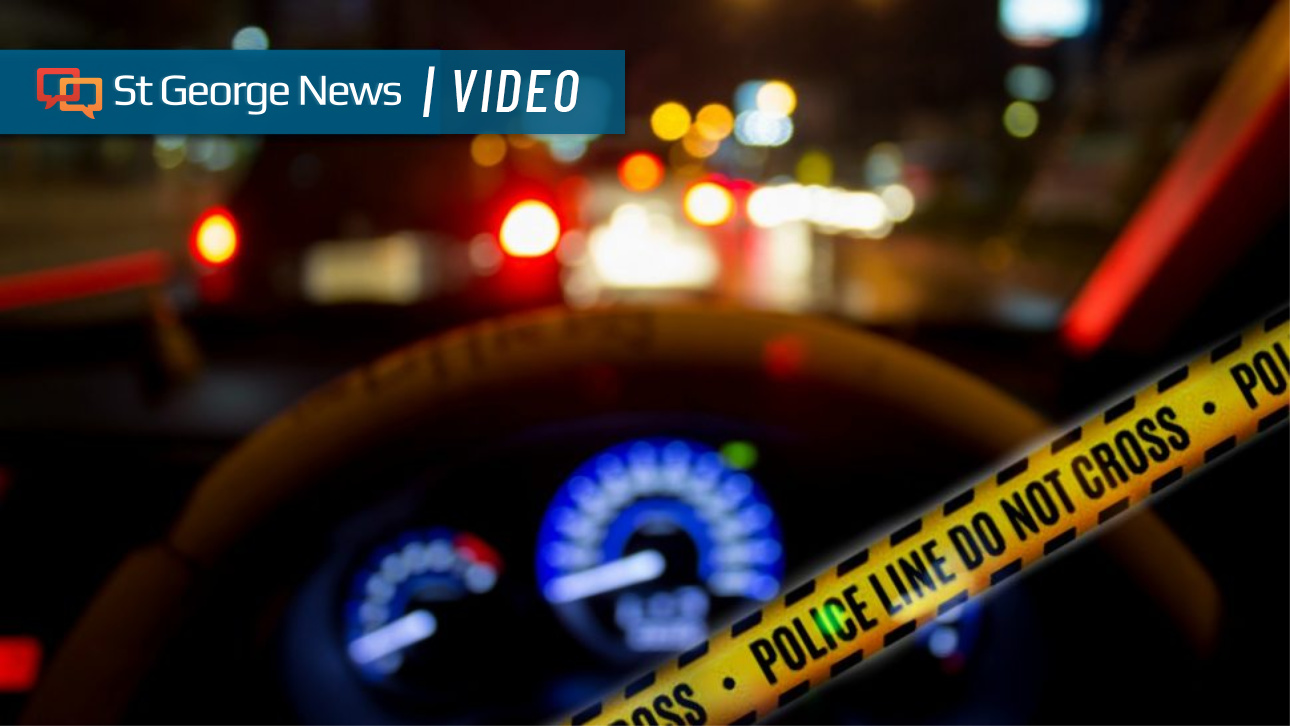 ST. GEORGE — A St. George man who was facing two charges of automobile homicide after an elderly husband and wife died from injuries allegedly sustained when they were struck by his car was sentenced Thursday.

Austin Betts, 25, appeared in 5th District Court for what was scheduled as a preliminary waiver hearing on two felony counts of  automobile homicide involving the use of a handheld wireless communication device while driving, but instead he pleaded no contest to one misdemeanor count of using a handheld device while operating a motor vehicle.

Under the terms of the plea agreement,  the state agreed to drop one of the third-degree felony charges and reduce the remaining charge to a misdemeanor charge of using a handheld device while operating a motor vehicle.

The state did not object to the defendant pleading no contest, whereby the defendant neither disputes nor admits to doing the crime, which District Judge John J. Walton approved during Thursday’s hearing.

In exchange for the guilty plea, the state also agreed to accept a plea in abeyance, where the prosecutor will move to dismiss the charge if Betts successfully completes the terms of the arrangement, which include paying a $500 fine and not committing any new crimes for 18 months.

The plea stems from an incident in December 2016 when a couple was struck by a vehicle on 700 South while crossing the street, heading toward the Dixie State University Cox Performing Arts Center. According to police, Betts struck the pair when he took his eyes off the road to look down at his phone.

The couple, Marlene and Charles Wood, were transported to Dixie Regional Medical Center with serious injuries, according to the police report. Charles Wood, 81, died in May of the following year, and his wife, also 81, died three months later from what the medical examiner’s reports stated were complications that followed the automobile accident.

During Thursday’s hearing, Walton asked prosecutor Ryan Shaum to provide the basis for the reduction in the charge, to which he replied that it was unlikely the state would meet the burden to prove the felony charge should the case go to trial.

For the misdemeanor charge, the state provided the following synopsis of the events that took place in December 2016.

“Just prior to the accident he had dialed a phone number,” Shaum said, “and while driving down 700 East, he went to hang up the phone. When he looked up there were two people in the road. … He hit those two individuals.”

When the charges were filed in September 2018, Shaum told St. George News that the decision to pursue the felonies was based on evidence provided by police after the crash that was “sufficient to justify the charges,” adding that this particular case was “complicated.”

Through a series of continuances and delays, both the state and Betts’ defense attorney, C. Danny Frazier from South Jordan, began working on a resolution in the case, which was outlined in the plea agreement presented in court Thursday.

The final term of the plea in abeyance is that the defendant must create a Power Point presentation on defensive driving focused on the risks of texting and driving that would be submitted to the Washington County Attorney’s Office for distribution to high schools and colleges.