Cousin Eddie, other MDOT highway signs a hit with drivers. Here's who's behind them. 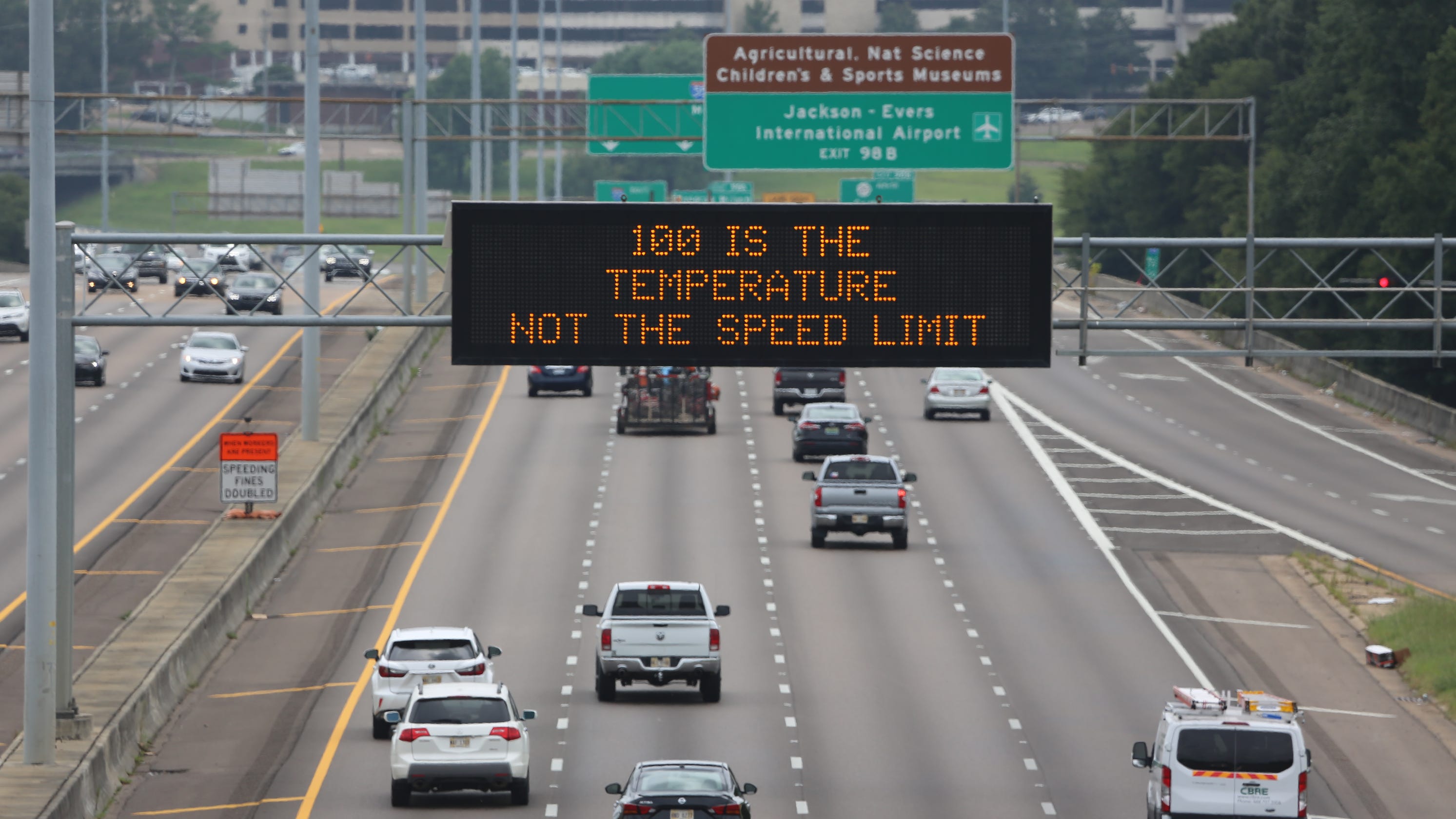 If you've driven on a Mississippi highway lately, chances are you've seen the signs. You know the ones.

Lit up in bright orange, the quirky, often funny phrases cautioning drivers to pay attention to the road have become a sensation.

The brainchild of the folks at the Mississippi Department of Transportation, the signs debuted in 2018. In the year since, they've become a known presence to Mississippi drivers.

Paul Katool, MDOT digital media manager, first saw the success other state department of transportations, particularly Iowa and Arizona, were having with their Dynamic Message Signs. Turns out, the department had tossed around the idea before but, because "it's not the most serious thing in the world," the idea was nixed.

But last holiday season, Katool got the go ahead. Everyday, a new message appeared across all 72 digital signs on Mississippi's interstates and highways.

Right away, one of the early favorites was a nod to Cousin Eddie, the lovable but insufferable character from the 1980s cult classic "Christmas Vacation" movie.

"The holidays were a great time to experiment with it because you have so many Christmas songs, the Cousin Eddie stuff, everybody loves 'Christmas Vacation'," said Mike Flood, MDOT pubic information officer. "It was a great opportunity to start doing these messages."

The team would float ideas and nail down their favorites. Those went on the board. The public reacted. And then some.

"Right off the bat they were a hit," Flood said. "Everybody loved them."

But the runaway favorite? Cousin Eddie, of course.

"I was very happy that that actually got approved," Katool said. "I was like, 'OK, let's do this.'"

Pictures of the sign went viral. Katool said he felt like he was managing McDonald's social media accounts with the constant stream of notifications and memes.

Now, when he tells people he works for MDOT, the first thing they mention is the signs. Flood said he'll get random texts from people he went to high school with, telling him, "Love the highway signs."

"From a PR perspective, there's really nothing better," Katool said.

But the messaging is sporadic so on the days when the screens go dark, Katool said he's likely to hear from a disappointed motorist.

"We didn't know what the reaction would be but it's honestly been 95% positive," Katool said. "People, if we don't have a message when they're expecting one, they're like, 'Where is our message?' There was actually a woman who called me and was very upset that she didn't see the message that day...a lot of people will call and say 'Those made my day.'

"I feel like we're accomplishing a lot of different things, not only getting across safety messaging, which is very important — we're trying to save lives — but also it doesn't hurt to help people have a good day."

When they want to put up a new message, Katool will often send out an office email and the staff will come up with ideas. This past summer, though, MDOT turned to the general public.

"People love it so much, why not throw it back and say, 'What can you guys come up with? Show us your best shot,'" Katool said.

"That's a lot of people to take the time to think of creative things to send out," Flood said.

"There were some not so great ones but there were a lot of really good ones," Katool said. "It was a very hard process to whittle it down."

When they got down to 20, the whole team gathered around a conference table to decide the winning entry, submitted by Mike Hudgins, of Madison: "Y'all drive safe now, ya hear?"

"The reason we chose that one was we thought, unlike some of these other ones that you can put anywhere in the country, it was Mississippi, southern centric," Katool said.

Georgia's Department of Transportation saw what MDOT did and is now doing a competition as well.

To kick off football season, MDOT did several football-themed messages which have been pretty popular, Flood said.

The MDOT team is already preparing for this year's holiday season. The Cousin Eddie message will most likely make an encore performance, Katool promised.

While the signs have helped make the agency appear more "personable," the signs aren't the only indicator that there's a lighter, more engaging tone at MDOT as of late, Flood said. The department's social media pages also have a "fun and engaging" attitude.

"When you're putting very serious messaging out there a lot, I think it's good to mix it up a bit," he said. "I tell them all the time, they do a great job with MDOT social media, it's a little more fun and engaging these days, it's not so black and white and cold and concrete."

While the signs are fun, there's a serious message behind them.

Flood wears an orange ribbon on his jacket lapel to bring awareness to worker safety. Three MDOT workers have died this year. The most recent death was Saturday in Newton County.

"Safety is our top priority, always has been," he said. "There is nothing that takes precedence over safety."

The signs highlight a range of issues, from texting and driving to driving under the influence. However, if there is ever a crash or an immediate safety issue, the quirky message is immediately replaced with the latest information.

MDOT hopes the messages have started to draw people's attentions to the signs that they may have otherwise glazed over.

"Putting this kind of messaging in motorists' heads across the state, I think it's a great way to do it," Flood said.

"There's just so many times you can say 'Slow down, buckle up, pay attention to work zones,'" Katool added. "I think at some point people tune you out so this has just been a really good opportunity to catch people's eyes. If one person sees this message and is like 'I'm going to put my cellphone down' and that saves a life, that's 100% worth it."

Rejected license plates: These car tags were too vulgar to be seen on Mississippi roads