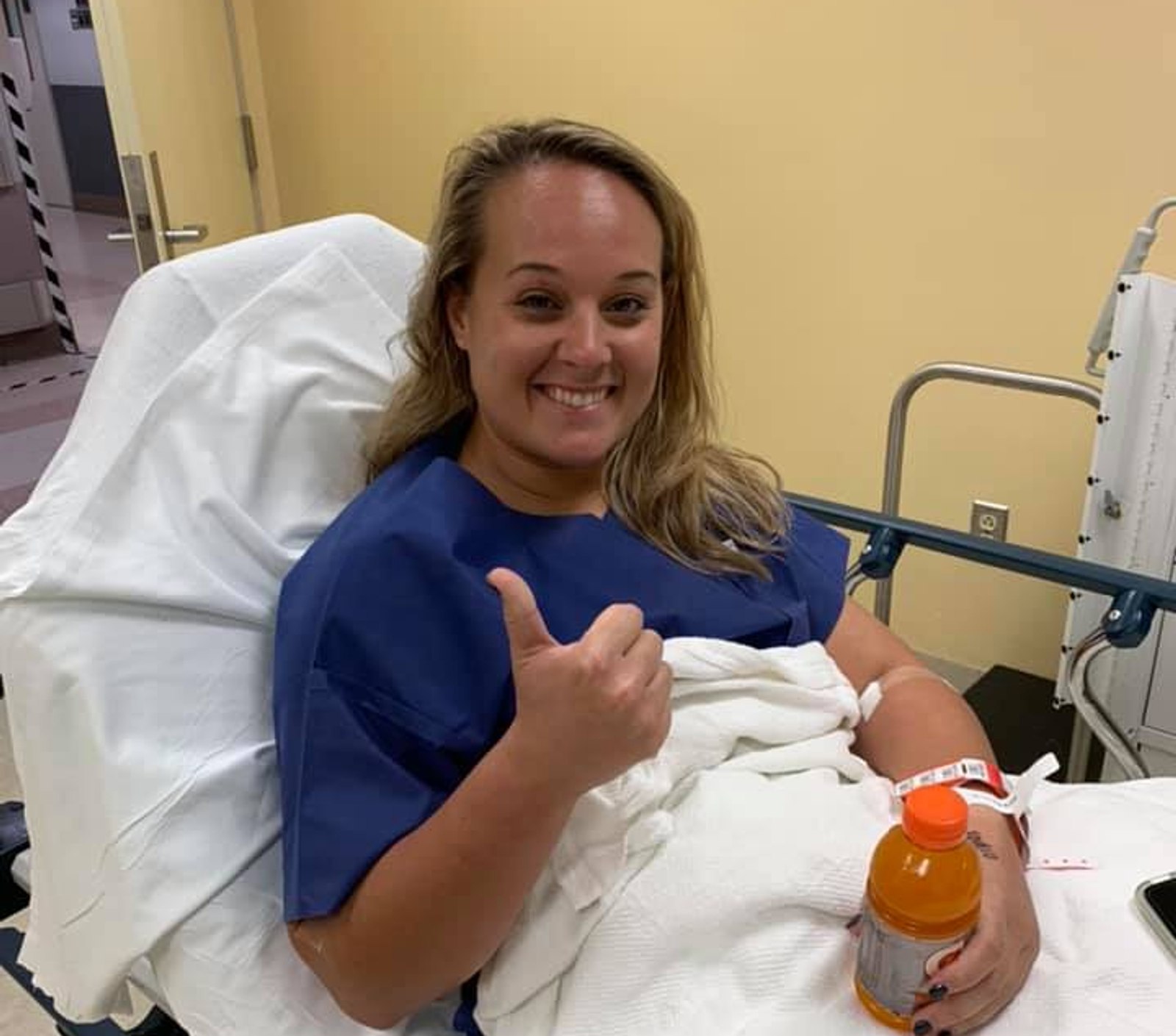 KERSHAW COUNTY, S.C. — Kershaw County Sheriff’s Deputy Chelsea Cockrell had on a reflective vest and was waving a baton as she directed traffic outside Lugoff Elementary School last Thursday.

But none of those precautions protected the crossing guard from the distracted driver that sped through the school zone and hit her at 40 miles per hour, knocking her off her feet and sending her flying.

“It’s a miracle — God was definitely with her — that she didn’t sustain any major injuries,” Kershaw County Sheriff Lee Boan told a state Senate panel that was considering tougher texting-and-driving penalties Tuesday. “If she was struck from behind, we may not be here today. We may be at a deputy’s funeral.”

Boan was among 21 speakers who voiced support Tuesday for S. 723, a proposal to crack down on using phones while driving with stronger penalties and stricter enforcement.

Momentum is building at the State House behind the “South Carolina Hands-Free Act,” which makes it illegal to use a phone while driving, as lawmakers hear testimony that distracted driving kills scores of South Carolinians every year and pushes up car insurance rates for everyone.

The bill was hailed as a step forward by state and federal transportation and safety agencies, trucking and biking groups and South Carolinians whose loved ones have been killed or maimed in distracted driving incidents.

Texting and driving is already illegal in South Carolina. But police officers have said the $25 fine is too small to be a deterrent, and the law is essentially unenforceable because drivers who are pulled over can claim they were using their phones to navigate or make a call — both of which are legal.

S. 723 would outlaw the use of a phone for almost any reason, even at stop signs or red lights. Drivers would be fined $100 for the first offense and $300 for any repeat stops. Drivers also would be penalized two points on their licenses for each offense.

The bill allows exceptions for drivers who are legally parked or are using their phone to report an emergency.

No one spoke in opposition to the bill at Tuesday’s hearing, but that doesn’t mean it will breeze through the Legislature. Previous iterations of the bill died on the House floor last year and earlier this year amid questions about the bill’s penalties. State Sen. Tom Young, a Republican who serves on the Aiken legislative delegation with Taylor, filed his own version of the bill in the Senate only after Taylor’s bill stalled in the House in March.

State Sen. Gerald Malloy, D-Darlington, told The State the bill should include exceptions for drivers using their phones to navigate, especially South Carolinians whose cars don’t have built-in navigation systems.

Malloy said the bill also needs a provision that requires law enforcement to track the age, race and gender of drivers they pull over in a public database so any biases in enforcement are transparent.

A similar section was added to the 2005 S.C. law that made seat belt violations a stoppable offense.

“We have to proceed cautiously,” Malloy said. “I am concerned as it relates to civil liberties of individuals driving vehicles in our state.”

South Carolina would be the 21st state to enact a hands-free driving law. It would be a win for public safety, advocates say. Highway fatalities in Georgia dropped 7% in the first nine months after its version of the law went into effect, Young told his fellow senators Tuesday.

The law would be phased in gradually. It would take effect three months after it passes the Legislature. Drivers pulled over for using their phones in the first two months after that would get only a warning.

Twenty-five percent of each fine would help fund a public awareness campaign about the new law and the dangers of distracted driving.

The Senate Transportation subcommittee did not vote on the bill Tuesday, but the panel is expected to approve it — possibly with tweaks — before lawmakers return to Columbia for the 2020 legislative session in January.