Texting-and-driving trial: Victim's head injuries were too severe to operate 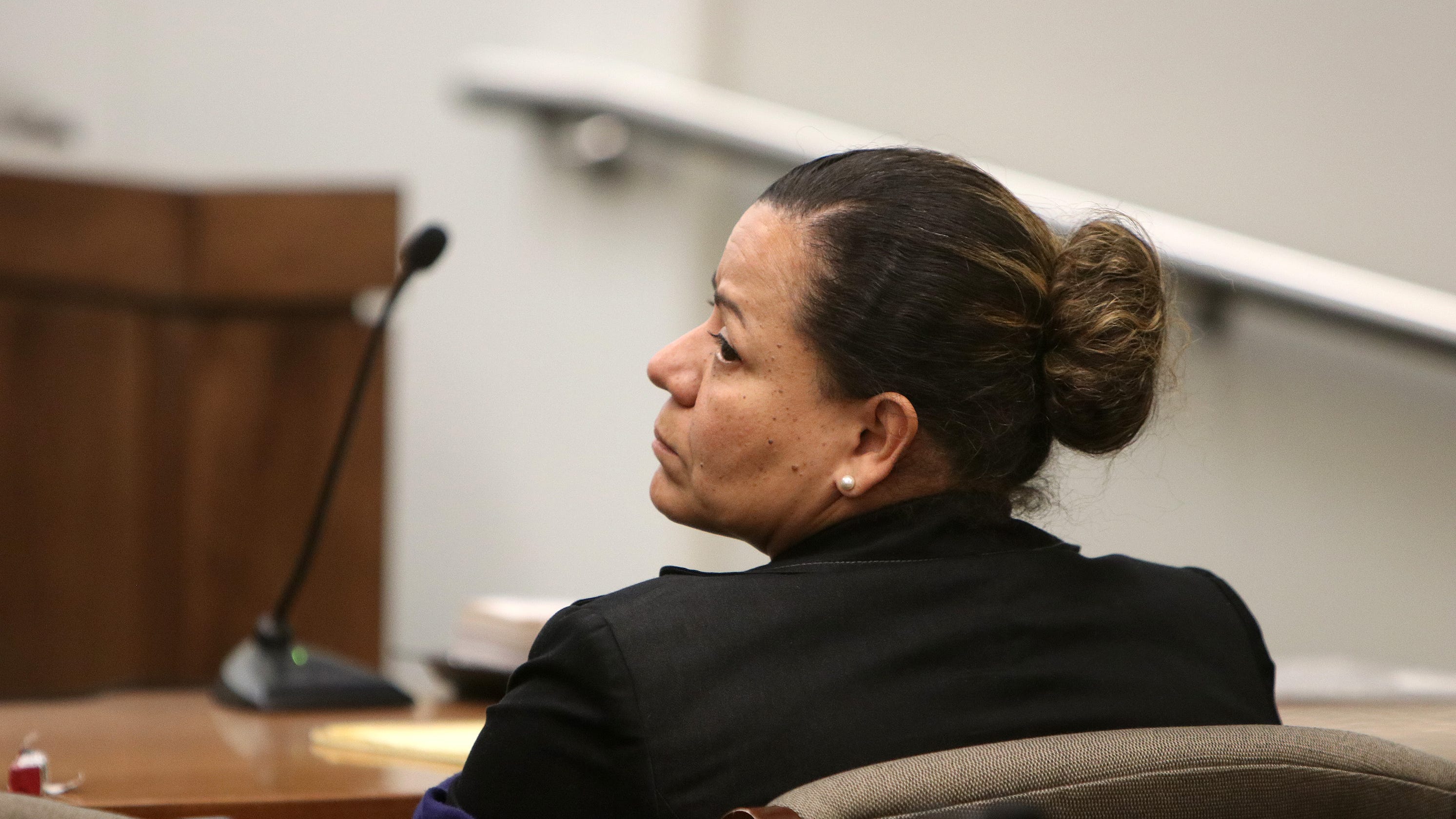 FREEHOLD - The victim of what prosecutors allege was an accident caused by texting and driving suffered injuries so severe when she was struck by a car in Hazlet that medical staff at a trauma center believed she couldn't be operated on, a forensic pathologist told a jury Thursday.

The clinical team at the trauma center "felt her prognosis was extremely poor, and she would not be a candidate for surgery," Thoma testified of Wang.

"The most serious injuries were confined to the head," Thoma said.

Those injuries included a "skull fracture extending across multiple bones," and "fractures within the skull base," the doctor testified.

In addition, Wang suffered bleeding on the brain, as well as swelling and shifting of the brain, and a laceration to the back of her skull, Thoma said. Scans of the victim's brain were stopped after she underwent ''brain death," Thoma said.

Mansonet, 50, of Keansburg, is believed to be the first person in New Jersey to stand trial for vehicular homicide in a texting-while-driving case.

For more crime news on our Jersey Mayhem page, and make sure you don't miss a thing by buying a digital subscription to APP.com and downloading our mobile app today.

Assistant Monmouth County Prosecutor Christopher Decker told a jury on Wednesday that Mansonet was in the process of responding to a text message about what to have for dinner, and she wasn't looking at the road when her black Mercedes Benz slammed into a red Toyota Corolla that had stopped at a crosswalk on Laurel Avenue, between Fifth and Sixth streets in Hazlet. The impact propelled the Toyota into Wang, who was in the crosswalk, witnesses testified.

Joseph Matich of Keansburg, who was a passenger in the Toyota driven by his father, testified Wednesday that Wang's head struck and shattered the windshield before it smashed onto the ground two or three times, "like a basketball."

In addition to severe head injuries, Wang suffered from road rash and bruises, and bleeding to her lower legs at about the height of the Toyota's bumper, Thoma told the jury.

She said the cause of Wang's death was complications of blunt-force trauma and the manner of her death was accidental.

The classification as an accident was for statistical purposes and "not intended to have any bearing on criminality or responsibility," Thoma told the jury.

A 2012 state law renders using a handheld phone while driving an act of recklessness upon which a vehicular homicide prosecution may proceed. Mansonet would face five to 10 years in prison if she is convicted.

Defense attorney Steven D. Altman told the jury Mansonet wasn't texting, but she was trying to turn on the rear defroster in her car when the accident happened.

Leonore Montagne of Keansburg testified Thursday that she was on the opposite side of the crosswalk, with her grandson in a baby carriage, when she saw the Toyota strike Wang and the victim go up onto its hood. Afterward, the victim was on the ground, "in a fetal position, and she looked like she was sleeping."

Catherine Ward of Keansburg testified she was driving through the crosswalk before Wang entered it when she noticed the Mercedes about three car lengths behind her.

"I kind of realized they were going too fast to slow down," Ward said of the Mercedes.

Ward said she heard what she described as a "powerful" sound of the crash impact and called 911.

"I told them to bring an ambulance," she said.

Douglas Yurgelonis of Hazlet was on his way to work that morning, pulling onto Laurel Avenue from Fourth Street, when he saw the Mercedes "coming too fast," he said.

"I just was uncomfortable with how fast they were going," Yurgelonis testified.

Yurgelonis said the upcoming crosswalk, which leads to the Henry Hudson Trail popular among hikers, has people crossing all times of the day.

"Any time of day, you could have somebody potentially in that crosswalk," he said.

The red Toyota was at a full stop at the crosswalk when Yurgelonis said the Mercedes rear-ended it.