Texting-and-driving trial: Driver's head was 'straight down' when she crashed into car 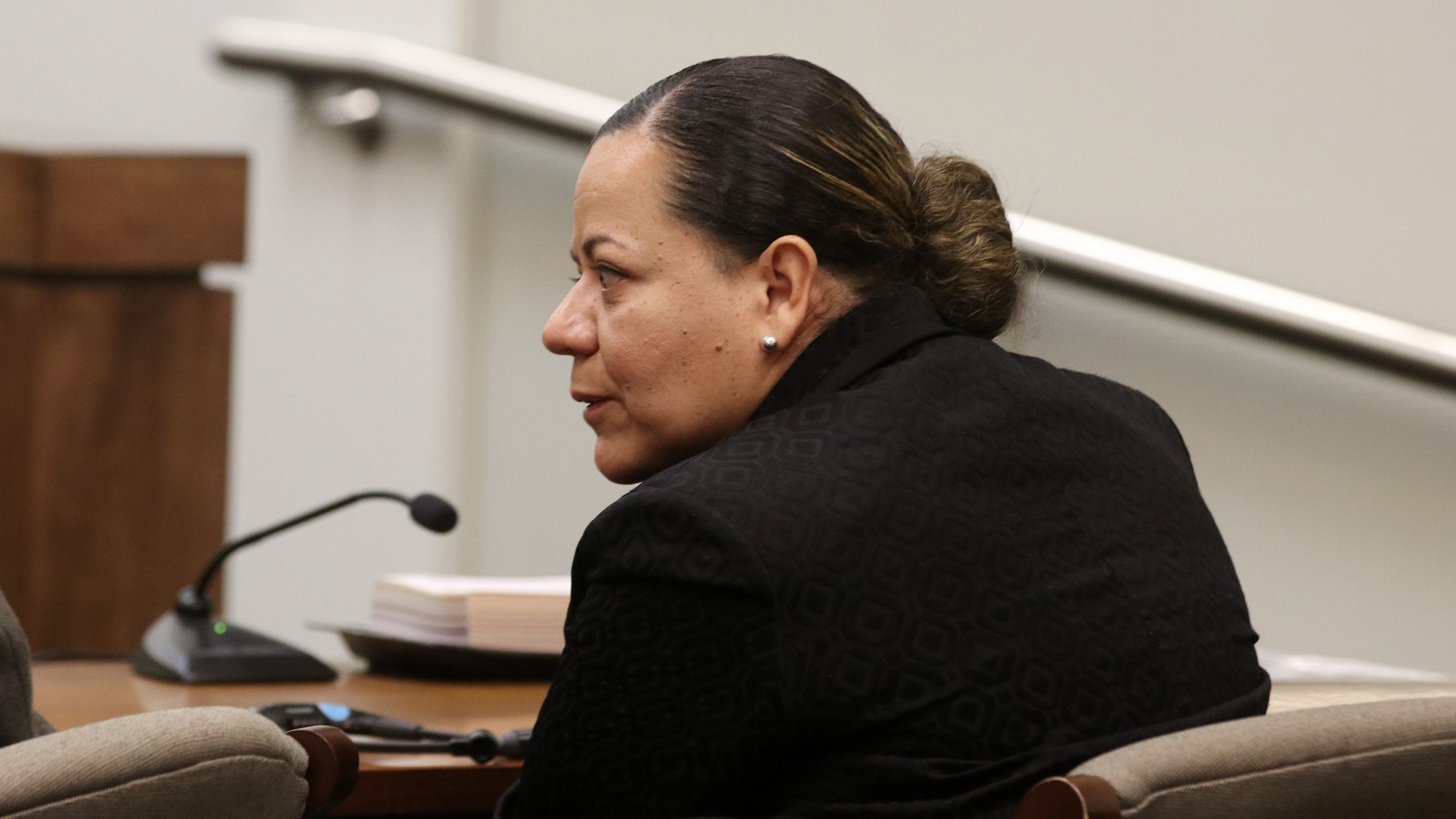 FREEHOLD - The motorist accused in what is believed to be New Jersey's first texting-while-driving vehicular homicide trial had her head "straight down" as her Mercedes Benz crashed into the rear of a car that was propelled into a pedestrian in a crosswalk, an eyewitness testified today.

Marilyn Dinunzio of Hazlet told a jury she had headed out for a walk along the Henry Hudson Trail the morning of Sept. 28, 2016 when she saw a woman in the crosswalk on Laurel Avenue leading to the trail.

"I saw the red car stop to let her cross," Dinunzio said.

But then, she turned and saw a black Mercedes Benz passing her and crashing into the back of the red car, pushing that car into the pedestrian, the witness testified.

"Her body was airborne in front of me," Dinunzio said of the pedestrian, adding that the victim's head hit the pavement when she landed.

"As I looked into the car, I saw the person's head down," Dinunzio said of the driver of the Mercedes. Christopher Decker, assistant Monmouth County prosecutor, questioned the witness further about her observations of the head of the person driving the Mercedes.

"It was down," Dinunzio said. "Straight down."

[ If you want to keep track of stories about local crime follow our Jersey Mayhem pages, and be sure to download our app today. ]

Mansonet's attorney, Steven D. Altman, told the jury that Mansonet wasn't texting, but instead was trying to adjust the rear defogger on her car when the crash occurred.

The victim, Yuwen Wang, 39, of Hazlet, was taking a walk, on a break from her job at the nearby International Flavors and Fragrances factory, when she was struck by the red Toyota Corolla driven by Robert Matich of Keansburg.

If she is convicted of vehicular homicide, she would face five to 10 years in state prison.